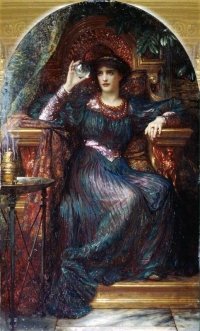 We enter a series of four New Moons now that all occur on zero degrees of their respective signs. Zero is nothing and everything. It’s the beginning and end and all spaces in between. In the Tarot, zero is the Fool who takes part in the journey towards illumination and yet also somehow sits outside of it, observing the process. The circle of zero is completeness, wholeness. It’s the circle of life from birth to death to birth and onwards. The circle is both closed and open: an invitation and a ward.

Any cusp action tends to be stronger in its effect but unlike the rather ugly Lunar eclipse (see my note below for how that one turned out for me!), this Solar eclipse has an entirely different feel. Whilst there is still the intensity characteristic of Scorpio, this eclipse seems to express the passion of this sign. It reminds me of the big O, the little death.

The Solar eclipse is conjunct Venus, sextile Mars and trine Neptune. This is earthly love and spiritual love combined. Whilst Venus is a little awkward in Scorpio as she is in her detriment here, Neptune allows her to ride the wave. With Mars in the mix, I cannot help but think of tantric practices, the flow of chi, the necessity of being in touch with your sensuality and sexuality. Whether alone or with another, this is an intimate caress but you have to be open to it. Venus may try to shrink away because it’s too heavy, too dirty, just too much. Take care that the sesquiquadrate to Chiron doesn’t have you overreacting. The  only way through is to reach out to Mars (have a little courage) and Neptune (surrender). The courage to surrender is key. 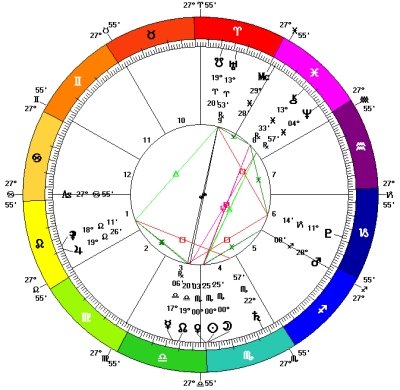 There is extraordinary desire here. Perhaps it generates a willingness to go beyond where you have gone before. These aspects awaken the inner artist in all of us. It’s like being illuminated by black light. Maybe you meet your muse, inner or outer. Maybe something calls you with such magnetism that you can’t deny it. Whatever is revealed uncovers a million glittering stars beneath.

Bernadette Brady says of the Saros cycle that this eclipse belongs to “…it is impulsive, passionate, exciting…”

The eclipse is conjunct asteroid Nephthys. Nephthys was the sister of Isis. It was Nephthys who rode with Ra as he descended into the underworld. She is the Sun’s journey at night. Where Isis is life, Nephthys is death. She reminds you that you are mortal, that the body will one day stop then decay, releasing your soul to the next chapter in the great karmic journey.

And sometimes, we have to think about death, to really understand life. Sometimes, we have to be brought face to face with our own mortality, to really believe it, to really acknowledge it. Because it is going to happen, to you, to me and there’s no stopping it. But this knowing can make life all the sweeter – like the little death. When you can carry your awareness of your own demise with grace in your heart, that is when life can become all the more vivid. With every sense heightened, you feel more alive.

Hidden within the eclipse are dark themes that hold ancient truths but it’s in the darkness that we see the light. Just like the momentary glimpse of the Sun’s corona when the Moon passes in front of the Sun’s face, this eclipse allows you a moment to perceive invisible beauty. It’s transcendent.

A Crowded Sightseeing Bus On A City Street

Perhaps we too are just sight-seers passing through our earthly experience. This is a Sabian that reminds us that we are all strangers in a strange land but we have the ability to find those things that we have in common.

This Sabian also speaks of broadening your experience and understanding of things that seem foreign to you. It asks you to look, to really look. Perhaps with this eclipse being in Scorpio, there is something here about second sight. Perhaps it’s time to acknowledge your hunches, gut instincts and inner knowing, however challenging. This eclipse may provide experiences that take you beyond your current level of understanding, forcing you to step into the unknown.

This Sabian brings out the thrill of arriving at a new place. Perhaps there’s a Scorpionic twist in the tale that gives you a tingle of anticipation. And you can choose, whether you decide to think it’s an ominous omen or a simple sign. Can you trust the process being unveiled?

You may find yourself brought back full circle, a surprised O popping from your lips. It feels like there’s no half measures with this eclipse. You are either in or out, do or die. But if you can surrender, if you can show courage, if you can embrace your power and your truth…then maybe you’ll realise you are waving not drowning.

A little note and apologies…

Unfortunately I was unable to post the weekly astrology post this week as I was away from home looking after someone close who was very poorly. After a trip in an ambulance and being seen by nurses and doctors, recovery is now in process and I’m back home. It all started with the Lunar Eclipse which I had anticipated being a hell of a ride as it was conjunct my Midheaven and Venus, kicking off the transiting Uranus conjunction there – and then of course we are midway through a Mercury retrograde. Note to self not to leave things to the last minute, thanks Mercury! Still, gratitude to the wonderful paramedics, nurses and doctors at Manchester Royal Infirmary who were incredibly kind and helpful.