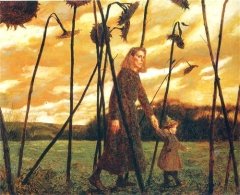 Autumn winds blow fierce gusts outside. I watch magical, mini leaf tornados spinning outside my window. Red, orange and gold twists and turns. Change is in the air. Things are being stripped back, to what is essential. Bare bones.

The week begins on a curious note with Neptune in Pisces quincunx to Juno on the 20th October. Maybe you suddenly have what you want but now you’re not sure. Did I really wish for this? Do I really want to commit? Is my heart really in it? And it’s ok to ask these kinds of questions because you need to be sure of agreements. Don’t allow the questions themselves to sidetrack you though. It’s just a process to ensure that you are clear on what you will and won’t commit to.

Thankfully there are two other aspects perfecting today which steady the scene. A sextile between Venus in Libra and Mars in Sagittarius gives you the chance to let out the reins a little. You don’t need to always be in charge. Sometimes it’s helpful to give someone else a go. Whether it’s letting your partner take the initiative or allowing a child to find their own feet, the idea is that the more space you give to someone else, the more they are likely to wander back of their own accord.

This is also a creative aspect that allows you to be a little wild with your ideas or projects. Instead of going for the nice response, the people pleasing, the oh I’d better not include that because people might not like it – this aspect gives you the courage to take things to a new level.

Meanwhile, Mercury retrograde in Libra will also sextile Jupiter in Leo so this idea of expanding, exploring, releasing, relaxing and relinquishing is emphasised. Let them do what they want. Let yourself do what you want too! If you have been sitting on the fence trying to make a decision, maybe the problem has been that you didn’t have all the information to hand. But now you have a chance to review. Now there’s chance to understand the developments over this Mercury retrograde period.

Mercury conjuncts the North Node on the 21st October. Perhaps your mind is made up. Perhaps now you’re more sure of the steps you are going to take. Maybe you receive a message, some kind of inner or outer communication that validates what you were thinking. Listen.

Asteroid Nephthys slips into Scorpio on the 22nd October, echoing her descent into the underworld with the great Sun God Ra. We are entering into darker territory now but there’s no need to fear. Nephthys was a friend to the deceased, comfortable in the world of the dead. If something is dying in your life, let the process happen. The Sun always rises again.

Finally we reach the big day of the week on the 23rd October with first the Sun, then Venus, then the Moon all stepping into Scorpio followed by a Solar Eclipse in Scorpio. I’ve written all about the eclipse here but suffice is to say there are some intense feelings generated. But with positive flowing aspects, this eclipse promises to bring insight and maybe some passion too. What is revealed now may stir your soul.

With the Sun moving into Scorpio, the veils between the worlds begin to thin as we move towards the magical time of Samhain/Hallowe’en/All Souls. The Day of the Dead is coming. I like to set up my Samhain altar at this time.

Only the truth will do with Scorpio. For the next month, it’s about rooting around under all that stuff, being willing to just go there. It’s a time to embrace your desires and sexual nature. It’s talking about those things you never talk about. Thinking those things you don’t like to think about. It’s facing your fears and fantasies without judgement and asking the kinds of questions which lead you deeper down the rabbit hole. In order to trust another, you need to know you can trust yourself.

The Sun conjuncts Venus on the 25th October. Venus isn’t entirely comfortable in Scorpio but once she undressed, there’s nowhere to hide so she may as well enjoy herself! Venus is Cazimi, sitting on the throne of the Sun

Essentially, the Sun conjunct Venus here is about accepting that what you love or desire may not always fit with your own self image but perhaps does reflect something of the real you. The trick is to embrace what you love. I remember years ago I was in a personal crisis. Everything was spinning out of control and I had a single moment of clarity amidst the devastation and torment of loss and rage. A single line in my head ‘Follow what you love. Follow your heart‘. And so I followed that shining thread in the darkness back to myself.

Just as the heart is ignited with your true passion, Mercury stations direct in Libra on the Sabian symbol ‘A Retired Sea Captain Watches Ships Entering And Leaving The Harbour‘. It’s still the same message. Release the need to control and maybe the natural tide will carry you to where you are meant to be, bringing you to a state of equilibrium.

Venus and the Sun hook up with Pallas on the 26th October and Mars enters Capricorn on the same day. Your perception is increased as is your objectivity with the inclusion of Pallas. Whilst hardly dispassionate in Scorpio, Pallas does bring with her a no nonsense attitude that is quite happy to dig down into the dirt if necessary. You may start to recognise certain patterns in the things or people you attract and what attracts you. Ultimately Pallas can help you develop better strategies for dealing with intimacy issues as well as fears around death and personal shadows.

Mars in Capricorn offers you strong grounding energy to end the week on a positive note and put to work what you have learned. Mars is exalted in Capricorn. Stick a mountain in front of Mars and he’s all smiles.

“Onwards and upwards” he yells!

Using traditional rulership, Mars and Saturn will now be in mutual reception. They’ve got an understanding going on. It takes courage and self-discipline to take the first step.

Whilst you can only go at your own pace, Mars in Capricorn reminds you that time is of the essence. It’s important to do the things you say you want to do. There’s no tomorrow, only today and the mountain peak. Make a plan, execute the plan. It’s that simple.

Don’t forget, at the Solar eclipse I will be making the draw for the winner of a consultation chosen from those of you who have signed up to my monthly newsletter. Keep an eye on your inbox!

Painting – ‘Giuliana and the Sunflowers’ by Jamie Wyeth