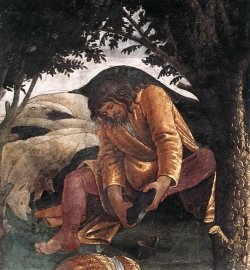 New year, new start. I took a break from writing the weekly forecast for a variety of reasons. I wanted to start focusing on long term plans for the site and for my work in general but I was also in the midst of a crisis in my personal life. Uranus conjunct my Midheaven-Venus along with an upcoming Pluto square, combined with a reversed nodal return and Saturn conjunct Neptune – these have kicked my backside from here to kingdom come over the past three months or so. Oh and let’s not forget the South Node is also about to trip over my Midheaven-Venus conjunction too. Then there was the Cardinal Grand Cross at its height in my Solar Return, with an ominous Venus-Chiron conjunction in the 7th and Neptune weeping tears on the Descendant. Yes I saw it. Yes I saw it coming but I’m human. I tried not to see it. I did my best to work with the energy available. But sometimes you have to face your greatest fear with grace. Sometimes it’s only by doing that, that the rest of the story can unfold. Without going into too many details to protect the other person, I have experienced a devastating and frightening loss and everything, everything has changed. Jupiter is currently my salvation – write, write and write some more. I’m burying my head in my work. Saturn is exactly quincunx my Sun right now so I need to get out of my own way  and do the work.

The blessing has been an open gateway between myself and my Guides – signs, dreams, information passing through me, like something has held my hand all the way through it. On the final morning when everything came to a head, there were seven birds fluttering outside my window, tapping against it, holding themselves in strange patterns that forced me to notice them. It’s one of the strangest things I have ever seen – and I’ve seen a lot! Birds are messengers to me. I said to a friend the other day that it feels like being under instruction. The nodal action in my chart has been the conduit and whilst we are always free to choose how we respond to life, sometimes there are moments when the bigger picture (Uranus), demands (Pluto) attention. Sometimes, the karmic contracts we have with others are too important to deny, even if it breaks your heart. Sometimes you have to do what is necessary, play your part in the Greater Pattern. And then comes trust. Trust that having done the right thing, the story can move to the next chapter. Because the story isn’t over yet. Whilst my part has been played and I’m now ‘offstage’, the main show continues. And I still have lines to learn for my next entrance. Yes Jupiter turned retrograde in my 1st Leo house as this all culminated.

It would have been easy to not write about this. It would have been easier to stay ‘professional’ and just write this forecast and mention nothing. But this is living astrology. This is the path. The sharing of our stories is important, especially as Saturn has moved into Sagittarius. The reality of our stories helps each of us to recognise our own.

And so, here finally is the forecast for the week ahead…

Generally there’s still a lot of Capricorn energy around with the Sun, Pluto, Vesta, Mercury and Venus all gathered in this sign. Capricorn energy is serious, hard working, ambitious and active. Capricorn is a cardinal sign – it initiates. Look to which house has Capricorn on the cusp in your own chart to see where you need to be taking concrete steps. This area of life may feel heavy, serious, important or simply burdened right now but the more you take the initiative to resolve issues here, the more helpful the planetary energies can be.

Chiron is sextile to Vesta on the 29th December creating an opportunity to focus on healing. With Vesta in practical Capricorn, this is about actively taking steps to take care of yourself. Wounds are soothed by accepting responsibility for your well being.

Mercury also in Capricorn forms a quincunx to retrograde Jupiter in Leo on the 30th December. Maybe you feel like you’ve been expanding too far, too fast. Perhaps the responsibilities are weighing heavy on your mind. It’s possible that you just need to make some adjustments. Spend a little time going over your plans to see if they are viable and don’t be afraid to cut out what isn’t working. It may be that you are wasting too much time thinking and not enough time doing. It’s easy to get fixated on the obstacles. Sometimes the only way around them is to start work and have faith that you will work it out as you go along.

Vesta in Capricorn is square to the Nodal axis on the 1st January. With Vesta at the bends, there is tension between where you are coming from and where you are going. Maybe you still feel a pull to the past, a sense that there is something still to do here, yet something else is driving you forwards. Perhaps new goals for the new year put pressure on you to release your dedication to something else in order to make room. With Vesta in strict Capricorn, you may be denying yourself the opportunity to create something better in your life for fear of letting go of previous commitments. Maybe there is a way to incorporate both. Sit with it. Meditate. The answers will come.

Tension abounds at the new year as Mars in Aquarius also moves in to oppose Jupiter on the 1st January. 2015 starts with a bang! It’s all guns blazing. And this by the way, could manifest as a hell of a hangover if you partake in a few too many new year’s eve drinks. Party atmospheres could bubble over into aggression. It may be one of those times to avoid discussions on politics and religion!

This aspect is larger than life. Everything is animated and high energy. Mars may be pushing you to formulate all those new years resolutions, could have you dreaming of how darn wonderful you will be when everything is achieved. The problems is that Mars opposite Jupiter tends to take on far more than he can handle.

You don’t have to conquer the world this year. Guard against rash or rebellious actions. The best way to use this energy is to tap into the excitement. Get enthusiastic about your plans, dreams and wishes for the year ahead. Work towards creating a positive outlook that motivates you to achieve your dreams. But ensure that your goals don’t clash with each other. Likewise, because this is Mars and because this is an opposition, there may be some conflicts around what you want and what others want. This opposition has the urge to be right, to browbeat another into agreeing…or surrendering.

Those with planets or points around 21 degrees of the fixed signs (Taurus, Leo, Scorpio, Aquarius) will feel this Mars/Jupiter influence the most).

This aspect continues to be in play over the 2nd January and then the Sun kicks everything off a bit more by forming a square to Uranus and then a conjunction to Pluto on the 3rd January. This makes the skies as a whole feel rather unpredictable, a little volatile and somewhat intense. With headstrong Mars still in the mix, there’s a potential for simmering arguments to come to a head.

Positively speaking, maybe you feel like you want to make some changes and now you’re willing to do whatever it takes to make that happen. Whilst the warning against sudden actions and decisions is still in play, this could offer you enough dare-devil energy to empower you towards your purpose. Keep an eye on the big picture.

Venus cools things down a little as she also moves into Aquarius on the 3rd January but considering the other aspects in play, she could also incite declarations of ‘but it’s for your own good’ or ‘this is best for everyone!’. Venus in Aquarius works best by detaching from ego concerns. You don’t have to like everyone nor does everyone have to like you.

Venus in Aquarius puts the focus on loving the person you are because of your kinks and quirks, not in spite of them. Look to the house with Aquarius on the cusp in your own chart to find out where you need to accept your individuality and learn to love those parts of yourself that are unique.

By the end of the week on the 4th January, both Venus and the Sun bring some respite. Venus forms a sextile to Saturn in Sagittarius. This offers a chance to step back and review where you really want to go. If there have been tensions in relationships, this helps you to face facts and check whether you are both moving in the same direction and if not, if you can give each other the necessary space. Both Aquarius and Sagittarius are freedom loving signs. In this case, the longer the lead rein, the more chance they will return to you of their own accord.

Also on the 4th January, the Sun in Capricorn moves in to sextile Chiron, once again offering a healing vibe. Set your intention that healing will come. Maybe you are experiencing an underlying fear that you can’t live up to expectations – either your own or another’s. Under this influence it is easier to recognise your weak points but there can also be a tendency to berate yourself for them. This positive sextile however asks that you embrace this knowledge, welcome it home! It means that you can now find a way to fix it and shine even more brightly as a result.

Wishing you love, peace and happiness for 2015

Readings/consultations will be available to purchase again from the 5th January. I will also be adding in astro-dream analysis and plain dream analysis for those of you needing help with big dreams, vivid dreams, nightmares and dreams that are just so strange that you know they mean something! Dreams are the language of the soul.