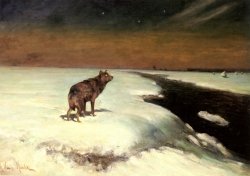 Typically the Full Moon in Cancer is associated with heightened emotions and sensitivity. Tearfulness, nostalgia, hunger, needing Mum, security, protection – all these emotions and more can be brought up under this lunation.

This Full Moon however, has teeth as it triggers the Uranus-Pluto square and lands on the Cardinal Grand Cross sensitive degrees from last year. Maybe issues that arose around that time are triggered or brought to a head. With the Moon opposite Pluto, there could be a tendency to exhibit controlling behaviour. Cancer holds on to what it loves but with Pluto involved this is like hanging on for grim death! Pluto could create a feeling of being smothered. Something must change.

The need for change is starkly shown by the Moon-Pluto opposition laying square to the Nodes. Squares to the Nodes suggest a ‘missed’ step on an evolutionary scale. There is huge tension here. What is old is OLD and needs to be released. Whilst the Cancer Moon may look fondly at that comfortable pair of slippers, the holes in the soles suggest they are well past their date to be binned. This lunation may have you feeling sentimental about the past but the Nodal action in the chart shows that sentimentality must be put aside if it is holding you back. There must be release in order to move forwards. Let it go with love.

With Uranus closing in to a conjunction to the South Node and the Moon square to both, there could be abrupt endings, sudden severance, shocks or surprises that change your perspective. Suddenly you see the holes in the soles – or the holes in your soul! This lunation is in a helpful trine to Chiron so the key is to look at what needs healing or fixing. Perhaps you have given away too much of yourself in an effort to keep things the same. Uranus and Pluto will force release. Yes it might feel like an enormous space has just opened up in front of you or inside you but this is about trusting that on a spiritual level, you are protected.

With the Nodes involved, often there is a sense of being pushed or things are taken out of your hands. Fate steps in and says ‘no, don’t do that, do this!’. Watch for synchronity, stay aware of your dreams and intuition. The gateways are open to receive information but you have to create the space to receive it. Bear in mind Mercury is in the early degrees of Aquarius and just about to enter the shadow zone. It could help to mentally detach, view things dispassionately.

The Sabian symbol for the Full Moon is :-

In old lore, this lunation is called Wolf Moon. The lonely, hungry howl of wolves pervades this chart and seems in stark contrast to this Sabian symbol at first glance.

But this symbol really reminds me of the South Node. Yes it’s lazily comfy. It’s so easy to fall back on what you know. But it’s like eating too much at Christmas. After a while, you don’t want any more sweets, chocolate or heavy meals. After a while it makes you feel lethargic. Suddenly you find yourself craving salads and fruit. Whilst you may feel full on carbs, often it can leave you with a hunger for something else – a curious emptiness. The wolf begins to howl.

This is exactly like the Nodes. The North Node is the mouth of the dragon (or the wolf!), needing to be fed. Pluto opposite the Full Moon and square to the Nodes can feel like being force fed too much junk! Uranus about to conjunct the South Node suddenly makes you realise what you’ve been missing, where you are starving. You are catapulted into awareness, shocked awake. Now you know what you really need.

Once again, those of you with planets or points around 14 degrees of the Cardinal signs (Aries, Cancer, Libra and Capricorn) will feel the effects of this Full Moon the most.

Full Moon questions for your journal