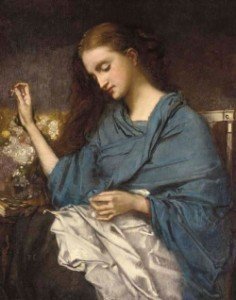 The week begins with a Full Moon in Cancer on the 5th January. For my full analysis you can check my Full Moon post here. To recap though, this is a hungry Wolf Moon that asks you to hone in on where you feel empty and where you need to be fed. With the Full Moon opposite to Pluto and square to the Nodes and Uranus, there’s a sense of being shocked awake, a sudden realisation that you have been holding on too tightly to something that no longer feeds you. And it can be scary to release it because then there’s just an empty space, a rumbling stomach and a feeling of vulnerability. Tensions arise when you fight to stay in control. Paradoxically, with the Nodes involved, the more you let go, the more you are empowered and the more you are filled with what you really hunger for.

Mercury moves into the shadow zone also on the 5th January, beginning the slow down before the retrograde period begins later in the month. And slow is the operative word here as Mercury will also form a sextile to Saturn today, giving you a chance to consider your long range plans. If you’ve been feeling in the thick of it, tied up in the immediacy of life, this aspect will help you to rise above it all and get a better overview. This is a mentally stabilising influence that says ‘there’s no rush’. Take your time to get a hold of the big picture.

The Sun in Capricorn forms a quincunx to Juno in Leo on the 6th January, followed by a sextile from Venus in Aquarius to Pallas in Sagittarius. Maybe you’re feeling like you made a few promises to yourself but you’re struggling to keep them. Perhaps you committed to allow yourself more time to play, more time for creativity but it’s hard with work and responsibilities. But the quincunx says, you need to get out of your own way. There is time, if you look. Goddesses Venus and Pallas hook up to help you detach from some of the overwhelming issues in your life and ask, what is it that you really like? Do you value yourself enough to negotiate a better deal for yourself? With these two in charge, it’s not the quantity that counts, it’s the quality.

The 7th January is reasonably quiet with just a semi-square between the Sun in Capricorn and Saturn in Sagittarius. Semi-squares can manifest as a mini-test. Perhaps this is about trying things out, seeing whether they work. You may not have all the answers yet but at least you will be aware of those things that appear as obstacles and blocks. Maybe you sense some kind of inertia within yourself. Perhaps the ambitions you have tap into your fears. To quote a well known book ‘Feel the Fear and Do It Anyway’.

On the 8th January, Mercury in Aquarius moves in to echo the sextile to Pallas that Venus made the other day. With Mercury in Aquarius and Pallas in Sagittarius, make the most of your friendships. Talk to your friends about your hopes and dreams, your vision of the future. Tell them about your plans. Ask for feedback. Ask them to check in with your goals to make yourself accountable.

Asteroid Karma enters Aquarius also on the 8th January which seems to emphasise soul groups. Who amongst your friends do you feel you have known before? Consider what you may be learning from each other. If you feel disconnected, it may be time to throw the door wide open and venture out to find your kindred spirits.

Ceres enters Capricorn also on the 8th January. Work provides sustenance. If your job doesn’t ‘feed’ your soul, maybe it’s time to start looking elsewhere. Alternatively, if that is impractical or you are still waiting for a new job to arrive, this transit provides the opportunity to organise your life to make room for personal ambitions. The self-discipline of structure, strong routines and personal responsibility provides its own kind of comfort. You can also help others succeed by telling them stories of your own successes and failures. Nurture the ambitions of others.

Mars in Aquarius semi-squares Uranus in Aries on the 9th January which may be felt as an irritating influence. There may be an element of frustration with team work. Perhaps someone isn’t carrying their weight or someone else is trying to take over. Instead of getting caught up in differences of opinions, make space for each individual to be heard.

Mars follows this up with a semi-square to Pluto on the 10th January. Essentially Mars is travelling over the midpoint between Uranus and Pluto. Noel Tyl suggests that this midpoint picture evokes

So it’s possible there may be some volatile happenings in the mundane world. On a personal note, after the frustrations  of the semi-square to Uranus, the semi-square to Pluto may manifest as issues of power and control. With Aquarius involved here, my strong sense is to respect each other’s boundaries. Again it’s about making space. Mars can be an invading force and Pluto can justifiably come out all guns blazing if territory is transgressed. If there are angry responses around you, back up a little.

With Neptune in Pisces also square to Pallas in Sagittarius today, it might not be the day to try to negotiate. The energy is confused and potentially deceptive. There can be a tendency to say what someone else wants to hear and perhaps no one is looking at the issue straight on. With the irritable vibes from Mars, today might best be spent letting issues lie for the time being until there are more conducive energies for resolving problems.

The end of the week lands on a more positive note with the Sun conjunct Vesta in Capricorn on the 11th January which once again puts work in the foreground. It feels like much of the week ahead is focused on strict self-discipline and distancing yourself as much as possible from negative vibes. Don’t let things affect your focus. Vesta and the Sun will also quincunx Jupiter in Leo on the same day. It may feel ‘not enough’ or ‘too much’. The key is to be grateful for what is. Focus on the best of what is available to keep your composure.

Readings will be available to purchase again from the 5th January