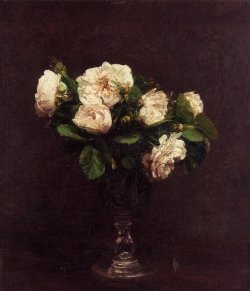 As I mentioned in last week’s forecast, Mars crossing over the midpoint of the Uranus-Pluto square suggested volatile happenings in the mundane world. Noel Tyl mentioned ‘fanaticism is possible‘ in relation to this point. Like many, I was horrified to see this play out in the terrible events in France. As I write, the Sun is conjunct Vesta in Capricorn which seems to capture the quiet but assured composure of the mass rally in France which includes many of the world’s leaders.

I have my moments, like many of us do, when I wonder where we are going as a race? How can we possibly co-exist amidst these extremes of temperament, ideals, beliefs and morals? But then, there is so much good going on in the world too and the good is often less talked about than the bad. Powerful shifts of perspective are happening. Je suis Charlie (I am Charlie) is everywhere. I looked up the meaning of the name Charles to find it means ‘free man‘. Uranus square Pluto in this context then is perhaps a question of how to be free within the global collective.

Mars moves into Pisces on the 12th January and this, given the current climate may help to dissipate some of the angry feelings that are around. At its worst, it can evoke feelings of being ineffectual – a ‘what’s the point’ transit. At its best Mars motivates our compassion. This is about joining forces as a race to come to an understanding of our differences and our similarities. Eros also moves into Pisces on the same day. “Love everyone” he seems to say!

On a personal level, sometimes the initial effect of Mars in Pisces can manifest as a lack of energy. Maybe you feel unmotivated or confused about your direction. The key here is that Mars in Pisces puts ego issues to one side. Mars normally goes out and takes what he wants but in Pisces, this is all about the giving. This transit is perfect for initiating a spiritual quest or for taking part in charitable causes. This is about selfless action. Look to the house with Pisces on the cusp in your own chart to see the area of life where you are being motivated to find spiritual meaning.

The Last quarter Moon in Libra occurs on the 13th January on the Sabian symbol ‘Chanticleer’s Voice Heralds Sunrise’. Even though the Moon is waning towards darkness, it calls you to celebrate the light. It also is a poignant reminder that there is always balance in the end. Light always follows the darkness. The cockerel who shouts his joy at the sunrise reminds us to shout about the good things! Like I said at the beginning of this post, there are beautiful things happening in the world and one of the simplest is the sunrise each day. Rejoice because this is a brand new day. Celebrate all that is light in your life. Those with planets at 22 degrees of the air signs (Gemini, Libra and Aquarius) can benefit the most from this Moon.

Also on the 13th, there is a spicy sextile between Venus in Aquarius and Uranus in Aries which livens up your relationships. It also opens doors to new experiences should you care to step through and try them.

On the 14th January, a transiting yod is activated as Pluto (currently sextile to Chiron) creates a quincunx to retrograde Juno. Venus then opposes Juno turning it into a boomerang yod. The complex pattern in the skies points the finger at resolving problems within love relationships. The tension around retrograde Juno brings up issues of how certain commitments may need to be re-addressed in the light of wounds or power issues. Venus, sitting close to Mercury may not like what she hears. It’s possible that your inner child needs attention, especially if he or she was told she wasn’t good enough. If you have planets or points around 12 – 14 degrees of Leo or Aquarius, you may experience the tension of this pattern. Venus likes to be the bell of the ball. Aquarius is about acknowledging your special traits that make you unique. Can you come to an agreement given your differences with others? Can you fully commit to yourself – love yourself as a friend? Venus and Juno are both in positive aspects to the Nodes so the more you can embrace difference both within and without, the closer this draws you to your personal path of spiritual development. 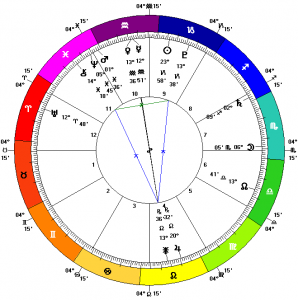 Some of the tension is taken away by Mercury forming a sextile to Uranus which helps to free your mind to think about things differently. Watch for intuitive flashes and brilliant ideas. Don’t play down or be afraid to voice your personal perspective.

We move into some tense aspects on the 15th January as Mars in Pisces squares Saturn in Sagittarius and Pluto forms a square to the Nodes. Firstly Mars square to Saturn may feel like you’ve been stopped in your tracks. Things may already be a little murky with Mars in Pisces so this movement to Saturn can feel like being brought to a dead stop. Saturn slows everything down, like moving through water. You may experience intense frustration or feel like giving up. If this manifests for you, remember that Saturn slows everything down for a reason – he gives you time to see what’s really going on. Used at its best, Mars square Saturn gives you fortitude to overcome delays and obstacles.

Pluto in Capricorn square the Nodes feels like a crisis point or catalyst in our mass development as a race. Once again the themes of power are brought to our attention. Violence, abuse, taking advantage of those who are weaker and war are all issues raised here. A square to the Nodes represents a ‘missed step’. This is an opportunity for humanity to let go of power games and embrace empowerment for all.

On a personal level, tap into this energy by considering your own psychological motivations and unconscious urges, especially those that manifest as feeling dis-empowered. Eliminate old ways of being, outworn behaviours that stifle your growth. Be open to the truth to enter into this transformative process. It’s interesting that asteroid Hekate also enters Capricorn on the same day as this Pluto square. Hekate is the Goddess of the crossroads and Pluto square the Nodes also has the sense of being at a crossroads. Facing your fears, the demons that lurk in your unconscious, releases the power of magic, building a stronger foundation for the future.

Whilst these themes will continue for a while in the background, thankfully we have something a little easier on the 16th January as Mars moves in to sextile Ceres in Capricorn. If you are struggling with pushing forwards due to the Saturn square, focus instead on working on what nourishes you in life. Revisit those things that truly sustain you from the inside out. Give them your time and energy.

Uranus forms a trine to Juno on the 17th January which brings the transiting yod to a close. If you have embraced your uniqueness, learned to love those parts of you that are different and addressed issues connected to self esteem, this aspect could feel like an injection of space and freedom into your relationships, helping each of you support the ideals of the other, even if your perspectives differ.

We end the week on a reasonably quiet note with just a quincunx between the Sun in Capricorn and Black Moon Lilith in Leo (true position) on the 18th January. For a fleeting moment, maybe you suddenly connect to your inner wildness, the creative core that bursts with the chaos of potential life. Maybe that wildness scares you a little so just as you connect, you snap back into position. Maybe you are struggling with something you need to say no to but you think you should say yes. Don’t be afraid to define what you will and won’t do or what you can and can’t do. Adjust your position to allow Lilith to give you her strength of indomitable will. 27 degrees of Capricorn and Leo are the hotspots for these two.