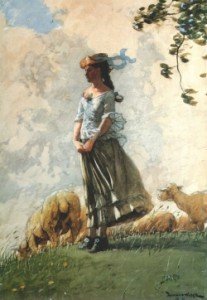 The Gods start us off gently with Venus in Aquarius opposite Jupiter in Leo on the 19th January. Yay, we get a lazy day! Make the most of it though because tomorrow it kicks into high gear! This combination brings a desire to do as you please. There is an over-indulgent tone so it’s easy to over-do it – eating, drinking, making merry, even just sleeping. Your purse may be a casualty of this aspect should you be inclined to a little shopping therapy. Whilst this aspect doesn’t tend to cause too many problems, if you do find yourself over doing it and wanting more, more, more, maybe it’s time to consider where you may have been denying yourself too much.

After a sweet start to the week, the work begins on the 20th January with Mars conjunct Neptune so all the attributes of Mars in Pisces are emphasised. After the hard square to Saturn last week, maybe you are feeling like you just want to escape. Perhaps it all feels a bit too much (especially after Venus and Jupiter yesterday!). The key here is to use your imagination. If you find yourself imagining the worst, remember you can use your imagination to visualise the best!

Uranus then finally joins the South Node also on the 20th January. After the Pluto square to the Nodes its akin to be jolted awake from a bad dream. Here is sudden release from an outworn perspective. Suddenly you see everything in a whole new light. As it’s the South Node, it may not feel that comfortable but this awakening is key to your soul’s growth. Those of you with planets or points around 12 degrees of the cardinal signs (Aries, Cancer, Libra, Capricorn) will likely feel the heat most.

Still on the 20th, the Sun the moves into Aquarius and this is followed shortly after with another 0 degree lunation with the New Moon in Aquarius. I wrote a full post about it here but in brief, the New Moon is sextile to Saturn and as Saturn is the old ruler of Aquarius, this helps to bring some stability. Even if you get hit by a Uranus event, Saturn will be there to ground that lightening bolt energy – or to translate it into something you can understand.

Mercury turns retrograde on the 21st January in Aquarius. Each Mercury retrograde period will take place in air signs this year so we are reviewing how we think, how we relate, how we communicate. Aquarius is associated with groups, friends, networks, team work, wider society. When Mercury retrogrades through this sign, it’s about seeing where you fit in to the wider whole. This is a time to observe the group dynamics at work in your own social circle, to step back a little and consider what it is that connects you.

Generally speaking, Mercury retrograde gives you time out to reassess. Look to the house or houses where Mercury will retrograde for further clues as to which area of life is under review. Aquarius has a scientific edge so often Mercury retrograding through this sign can lead to breakthroughs in your thinking. If you have been feeling stuck, this period could be just the ticket but be prepared to open your mind to perspectives and solutions that maybe you haven’t considered before. Aquarius as a fixed sign can stubbornly adhere to a point of view and will say black is white just to make a point. Mercury retrograde here will test these fixed opinions and ideas and show you where they keep you feeling stuck.

The 22nd January is quiet with no major aspects in play so this is perfect thinking time.

On the 23rd January the Sun in Aquarius forms a sextile to Saturn in Sagittarius bringing a stabilising influence. Saturn is the old ruler of Aquarius so perhaps this is about reviewing the past, looking at your tried and true methods which form the foundation of future exploits. You have the self-discipline to examine what works and what doesn’t work in your life and it’s easier now to recognise where you have matured. With Mercury retrograde in the background, this could be the perfect day to start sketching out a rough plan of what you would like to do in the future. Bear in mind that it’s likely to change over time so the emphasis is on the planning process itself and the consideration of all options.

Neptune in Pisces also produces a sweet sextile to Ceres in Capricorn on the 23rd so there is also an underlying desire to search for spiritual sustenance – the foundation of all things.

Pallas in Sagittarius creates a trine to Juno in Leo on the 24th January.  Flattery will get you everywhere with this trine! Juno in Leo loves to be adored and Pallas is the prime negotiator. Keeping the peace may be as simple as praising your children for their creative efforts or giving a compliment to a friend or your partner. Allow for a little time to indulge your own inner child too as this could lead to a new understanding of the patterns at work in your own life. Use creativity to find ways through conflict.

The end of the week sees Mars in Pisces opposite asteroid Panacea in Virgo on the 25th January. Mars in Pisces is moved by suffering. Your compassion is at an all time high. You just want to make it better – for another, for the world! Panacea represents the ‘cure all’, the one thing that will alleviate all pain. The problem is that some people don’t want to be helped. Alternatively, sometimes rescuing dissolves another person’s courage or ability to instigate change in their own life. It can stop them developing the skills they need to implement practical steps. There are also situations where, no matter how much you want it, not everything can be solved immediately. Offer others a helping hand but be mindful of their boundaries. Allow them to lead.

Maybe you are desperately trying to find that one thing that will make everything better in your own life. Torn by so many different possibilities, it can be easy to try one way, then another and another – each action feeling more ineffectual than the last until you just feel exhausted, overwhelmed and defeated.

The cure is to take small, daily actions that ripple out over time. Resolve to tackle just one aspect of your life first. Once that is in place and your courage is building, you can move onto the next problem.