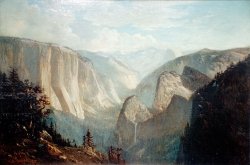 In true Mercury retrograde style, I’m late! Mercury stationed retrograde on the 21st January 2015 at 15:54 (UT) at 17°Aq05′ and even though the post sat on my to do list, it didn’t get done because…well because…

I don’t have a reason aside from needing silence, time to think, time to breathe so yesterday I took a day for myself. My progressed Mercury is about to station retrograde in two days time and I feel this inner silence opening up, an inner space which waits to be filled with words, with thoughts. As I sat quietly yesterday evening, I felt something, someone in my house. A ghost or perhaps even a living spirit travelling through the walls, passing through. It happens sometimes. These are the things you perceive when you allow silence to have its voice.

This Mercury retrograde takes place in Aquarius and this is the sign of space. It’s also the sign of groups, teams, networks, people. It’s people rushing from one thing to another, from meeting to meeting. It’s people joining in marches and demonstrations, united voices becoming a great wind of change. Who are you when you are lost in the crowd?

Mercury retrograde in Aquarius is a time to consider your place in the wider community. What is your role here? What part do you play? Opposite sign Leo says and thinks and does what it wants and would love everyone to say how clever they are but in Aquarius, we have to consider the wider implications. Do you fit in or feel like a square peg in a round hole? Does your identity in the group match the person you are on the inside? As children we are often taught ‘the rules’ of social interaction. That’s ‘not nice’ in company. That’s ‘not done’ around others. That’s ‘rude’. Our inner Leo learns that we can’t be centre of attention all the time. We have to make room for others. The co-ruler of Aquarius is Saturn and this is evident in the group mind that searches for something cohesive. Oh, you think like me! It gives us a sense of structure, a sense of support. Sometimes Saturn gets stuck on one particular idea, one vision, one ideal. And he Will. Not. Budge. That’s Aquarius, a fixed sign. Mercury retrograde will challenge the thoughts that have got stuck, the perspectives that are out of date.

Because modern ruler Uranus won’t stand for it – especially as he’s conjunct the South Node as Mercury stations retrograde. This Mercury retrograde period has some serious karmic shifts attached to it but it’s necessary. Uranus shows what we need to change. The South Node shows where we need to release. Uranus is in no nonsense ‘get with the programme’ mode!

Mercury will sextile Uranus, trine the North Node and sextile Saturn during the retrograde period. There is an opportunity to embrace progressive thinking, to be open to karmic instruction, to mature your point of view. This is the ultimate cool head. Aquarius is the sign of the scientist, testing those wacky theories and crazy ideas. A new perspective is emerging.

A Man’s Secret Motives are Being Publicly Unmasked

This Sabian brings up all kinds of fears. Public speaking is a huge fear for many. Social anxiety is prevalent. We are terrified of being embarrassed or worse, publicly humiliated. It’s the antithesis to Leo. Often there can be an underlying feeling of ‘what if they find out that I’m nervous, no good, scared, crazy, completely different to what they think? What if they discover the real me?’

During the retrograde period, Mercury meets with the Sun in an inferior conjunction. At this point, Mercury is cazimi, receiving instruction from the divine force, sitting on the throne of the Sun. The Sabian symbol for this heavenly meeting will be :-

During A Silent Hour, A Man Receives A New Inspiration Which May Change His Life

So for all of us, there is the possibility of intuitive flashes of knowing associated with the genius mind of Aquarius.

If you have planets or points around 1 – 17 Aquarius, there may be a review regarding what you think others think of you. Because we all know that mostly, no one is thinking anything at all because we are often too busy thinking of ourselves! The ‘secret motives’ of this Sabian may allude to where you try to be something you’re not for the sake of others, for the sake of saving face. It may show you where you aren’t real with yourself. Things that you thought well hidden may suddenly see the light of day under this retrograde but these secret pieces of you now need to be heard.

Mercury will station direct on the Sabian :-

This clears the air. The mind may have been clouded before by too much information, too many rules, too many thoughts. Perhaps there was mental oppression. This is a release of tension and again, the flash of understanding. What you felt at a soul level during the conjunction to the Sun becomes fully conscious and actionable.

This could be a fascinating retrograde period. Make space for the silence to give voice to your ghosts. Let the storm come. It could be exhilarating.