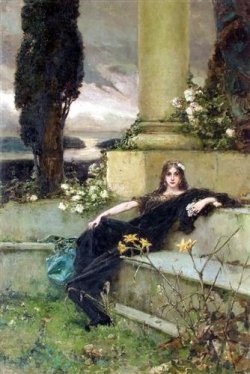 It feels like Mercury is moving achingly slow now. It’s probably because I’m waiting. I’m waiting for that forward momentum again to put plans in action. Mercury retrograde has been a time of research, planning and decisions. Decisions that will radically alter my future which is the realm of Aquarius. So I wait for Mercury to give me the go ahead.

Astrologically, it feels as though Mercury steals the show because generally the skies are quiet. That’s if we carefully ignore the ever-tightening Uranus-Pluto square! But there is a hush, perhaps given to us by four planets in Pisces, the sign of silence and contemplation.

This is where we begin as on the 9th February Venus conjuncts Chiron in Pisces. This is what I call the ‘kiss it better’ transit! Love can be profoundly healing both giving and receiving. Chiron, the wounded healer is not quite whole. He limps painfully. He’s a little broken by life. Sometimes we too have our battle scars, wounds that seem to take forever to heal. Venus may highlight those places. Perhaps something occurs, a quiet conversation with someone, a passage in a book, a moment in a movie – something tugs at your heart strings and as that string is plucked you feel that pain deep down inside. It’s ok to feel it. It needs to be felt. Because the more you allow that pain in, the more you are saying ‘it’s ok, I love you enough to acknowledge this pain. I love you enough to listen’. Whether you say it to yourself or to another, either way, it’s about accepting and loving those parts that have felt rejected and have suffered.

Those of you with planets or points around 15 degrees of the mutable signs (Gemini, Virgo, Sagittarius, Pisces) may feel this conjunction most.

We are still with Venus on the 10th February as she squares Pallas and then quincunxes Jupiter. It’s almost like one of those moments where you have a really deep conversation with someone, you let them in, you show them your real feelings and then the next day, everything feels a little awkward! Venus square Pallas is the conflict between continuing to be open and vulnerable or choosing a more detached ‘hey that was great but busy today’ approach. With the quincunx to Jupiter, part of you is very conscious of not wanting to go overboard yet at the same time you want to make a good impression. It’s all mixed feelings, second guessing and super sensitive. Venus in Pisces really doesn’t want to rock the boat but something needs to be addressed

The saving grace is a trine between Pallas and Jupiter. Whilst Venus is teetering on suffering and hand-wringing, Jupiter and Pallas have the big picture firmly in mind. The problems tend to stem from low self-esteem and feelings of unworthiness. If you constantly put yourself down, the more it seems impossible to please anyone else, to win them over or let them like you. Recognise the common ground between you. You are human, so is everyone else. Find humour in the human condition. Learn to gently laugh at your overly-sensitive side. Finding the humour is awkward situations can ease tensions dramatically.

Mercury stations direct on the 11th February so those of us who have been battered by the Mercury retrograde can breathe a sigh of relief! I thought I’d got away with it but no, Mercury had a few tricks up his sleeve. My emails died (a problem with my webhost) as Mercury and the Sun were conjunct over my natal Moon. On the same day, an hour later, my internet connection died (problem with the server at my ISP which also cut off thousands of others). The following day, my credit card declined payment on my web hosting for my tarot site due to over zealous fraud checks and I’d completely forgotten it was due. Finally my web host for this site sent me a message threatening to take the site down due to over-use of resources. After some tinkering it looks like a recently updated plug-in may have been the cause of the problem. It certainly has made me re-think who I have my hosting with! Part of me was amused as the 7th house can be the house of open enemies and it felt like Mercury was being confrontational! I would certainly be happy to give him a bop on the nose right now. But I digress…

So, Mercury stations direct and things begin to move forwards again. Perhaps you too have been mulling over plans and possibilities. Perhaps old friends have revisited your life or an old idea has resurfaced. Now is the time to slowly begin to put your plans in action. Stay aware that Mercury will still be in shadow until the 4th March when you should notice that the pace has increased again.

The Last Quarter Moon in Scorpio occurs on the 12th February on the Sabian symbol :-

After Having Heard An Inspired Individual Deliver His “Sermon On The Mount,” Crowds Are Returning Home

This feels in keeping with the Mercury station direct. After receiving important information, it’s now time to take what you have learned and put it into practice. The crowds returning home represents owning your understanding. Bring it down to a day to day level. With the quarter Moon being a square aspect, it can suggest that there is a struggle to incorporate what you know to be true on a subconscious level. There’s a difference between knowing it and feeling it.  With the two signs Scorpio and Aquarius being fixed signs, there can be a fear of change, despite the inspirational message. Even ‘good’ change can lead to some anxiety. The trick is to implement change step by step. Allow yourself time to get used to it. Don’t frighten yourself by thinking too far ahead.

The 13th February is relatively quiet without any major aspects. Venus however will form a conjunction to Psyche. Psyche can represent those things within yourself that you are inclined to run away from. This aspect can also represent the need to clearly see a partner for who they really are, not what you want them to be. Sometimes it seems easier to shut your eyes and pretend. Venus conjunct Psyche says if you are going to love someone, love them in their entirety. If you are going to love you, love YOU in your entirety. It’s no use pretending otherwise. Love can make us fragile as a butterfly but through discovering fragility, you also discover strength.

The 14th February continue with this cosmic quietness. Jupiter in Leo forms an opposition to the asteroid Karma in Aquarius. Perhaps you are struggling to understand the karmic lessons that you are experiencing right now. Maybe it feels as though someone else has all the luck and you must have done something terrible in a past life to be experiencing whatever you are experiencing. Maybe it is simply that you know there’s something you don’t quite understand. The key may be to ask ‘what am I learning right now?’.

Maybe you are waiting for karma to catch up with someone, a clear judgement from the Gods that appeases your pride and tells you that you were right all along. The problem is that down here on Earth, sometimes we don’t realise we are playing the long game. The consequences of certain actions may not be visible. They may not even occur in this lifetime. And karma is not about retribution, a lightning bolt shot from the sky to punish the wicked. Karma is simply a lesson. Trust that whatever is happening is happening for a reason. Focus on what you can do and where you can have a positive impact on society.

We end the week with an intense conjunction between Pluto and Ceres in Capricorn on the 15th February. In Mythology, Ceres was the Roman version of Demeter. Like the Greek myth, her daughter Proserpina was captured by Pluto and taken to the underworld.

Ceres is Goddess of the Grain. She represents abundance, food, life, motherhood. Pluto is the opposite. He represents death, decay and elimination. When the two come together, it’s about recognising death in life and life in death. The one cannot exist without the other. Maybe there is something you need to let go of in order to make room for something else to grow.

On a mundane level, Pluto conjunct Ceres asks, how much life is in your food? Choose to eat healthy living foods if you can – even if it’s just to buy one organic apple. Support small food co-operatives, buy from a local farmer, forage, pick your own. Transform your life (and your bank balance) by growing your own food. Recycle, be conscious of your food waste. Changing the way we eat can build a new world.

If you have planets or points around 14 degrees of the cardinal signs (Aries, Cancer, Libra, Capricorn) you may be more aware of this transit.