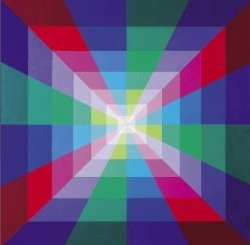 The New Moon occurs at 23:47 (UT) on the 18th February 2015 at 29°Aq59′. There’s a pretty bird singing outside my window. It’s night time. She doesn’t know the difference under the glare of the street lamp – or maybe she does and she’s singing to the darkness instead of the light. It’s like she’s in between worlds, not dusk, not dawn, not day, not night. It’s the place between places and the time between time.

Much like this New Moon, teetering on the very edge of Aquarius, just 10 seconds away from plunging into Pisces. It feels like this is a Moon placed on the edge of time. I imagine my arms flailing, high up on a cliff face, over the ocean – the camera slipping to slow motion. Will I fall?

The tension is palpable. The New Moon sits on the midpoint between Uranus and Pluto. Uranus, ruler of this New Moon is already stressed in an ever-tightening square to Pluto. Old ruler Saturn is square the New Moon so there is no relief there. Neptune is widely conjunct the New Moon, like a hazy veil over an already murky mix of planets and to top it all off, the New Moon is conjunct Nessus. It’s like being caught between the Devil and the deep blue sea – or an advancing adversary and only the cliff edge behind you. Neptune entices you to escape. Maybe you want to pretend it isn’t happening. It may feel like there’s no relief, no release, unforgiving…

Nessus has a bad reputation in mythology. In astrology he can indicate where there are issues of abuse. He is abused and abuser, vengeance and retribution. He can show where we want something so desperately, we are willing to go against all rational. He can indicate something that we feel was taken from us and also where we seek to reclaim what was lost. Melanie Reinhart suggests the key phrase ‘the buck stops here’. What this means is that there’s no one left to blame, no one else to take responsibility. The blessing and the curse is that the power lies in your hands..

Sometimes, when we fight and fight, it’s exhausting. If only this hadn’t have happened, then I would have this. If only they hadn’t have done that, I would feel better/happier/richer/healthier.

Aquarius, the sign of society includes friends, groups and networks. It is also humanity as a whole. Aquarius shows how we can all get along despite our differences. But the only way we can get along is to step back, change perspective and choose to change our own response. As soon as we start pointing the finger, we start to separate ‘them’ from ‘us’.  It’s about reclaiming our power from within. Nessus wanted power. He obsessed over it. He wanted the wife of Hercules and took her forcefully. He was killed for it but still managed to take his revenge. He didn’t learn the lesson. The only true power lies within.

This Moon reminds us that the line between one sign and another, the line between one person and another, is a man made concept. Clearly, there is no division. Yet here, as Aquarius takes its last gasp of breath, its energy becomes more animated. The last degree of any sign is where the energy is unstable, caught in the last burst of light before the end, it displays itself in all its glory. The danger with this Moon is that there can be a tendency to dig your heels in. Maybe you are locked in a dispute with another or maybe it’s an internal battle. Maybe you want to wildly rebel or make a point just to prove you are you and they, who ‘they’ are, have no power over you.

But the square to Saturn reminds you that these are growing pains – like the emotional displays of a teenager as they slip from child to adult. It’s all about perspective. As I write, I get a flash of one of those amazing 3D pavement drawings. Seen from one angle, it may seem like you’re about to fall into a giant crevasse or you’re walking on a type rope. From a completely different angle, it’s just a flat drawing, no danger, no fear. With squares and semi-squares and an Aquarius edge, it’s all about the angles. It’s the way you look at things. As you get older, your perspective changes. Over time you hear different opinions, read different things, gather new information. Maybe flashes of insight change your thinking.

This Moon challenges you to find the blurred lines in your own life. It asks you to look at where you point the finger, where you blame, where you deny your own power, where you project it onto someone or something else. This Moon, offers you the chance to grow, to change, to express your own personal power with grace.

The Sabian symbol for this New Moon is :-

Deeply Rooted In The Past Of A Very Ancient Culture, A Spiritual Brotherhood In Which Many Individual Minds Are Merged Into The Glowing Light Of A Unanimous Consciousness Is Revealed To One Who Has Emerged Successfully From His Metamorphosis

The end of the journey of Aquarius is recognising that we are all one, there is no divide, no barriers, no difference. To get along, we have to trust one another, to accept one another, to love one another unconditionally. There is no taking, no giving – it’s just one endless round of energy.

Perhaps Neptune has a message for us. Whispering nearby he says,

Can you let it go?

Journal Prompts for the New Moon