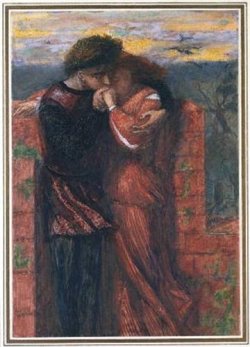 The week begins with a semi-square between Venus in Pisces and Vesta in Aquarius on the 16th February. Semi-squares have some tension built into them – it’s a mini test. Venus in Pisces is still swamped by feelings, easily moved to tears and longing to lose herself in a lavender mist. Vesta in Aquarius however is conscious that that are other things that need time and attention. The challenge today may revolve around having enough time to emotionally catch up with yourself and yet still do the right thing for others. Vesta in Aquarius avoids overly strong emotional attachments in favour or conscious connection. Appease both Goddesses by ensuring you fulfil your duties and focus on the tasks required of you by others but leave space for a little relaxation, escape and simple peace later.

There are no major aspects on the 17th February but there’s a witches brew bubbling in the background as Saturn squares asteroid Medea and Uranus squares Hekate.   Both witch archetypes are under stress which means that somewhere underneath, maybe you are resisting your own magic. Magic at its most base level is the ability to manifest your will, like the powerful magician in the tarot. The square may produce a sense that you feel blocked, stopped or at the whim of the outer changes that you can’t control. Saturn and Uranus imply – steady yourself, implement the changes you need to make. Take your time, think carefully about what you want to manifest. If you are at a crossroads, take some time to go within. Medea was skilled with potions. Drink a herbal tea like camomile to relax the mind and open you to the flashes of understanding that Uranus brings you from Hekate.

A challenging New Moon in Aquarius on the 18th February brings up the issue of blurred lines. Just 10 seconds away from Pisces, there is an unstable feeling as we cross the bridge from one state to another. I have written about this in full in my New Moon post here but to recap, the stressed configurations all point to taking ownership of your feelings and responsibilities. The Moon conjunct Nessus talks of abuse of power, mistrust, issues of blame. It’s about the need to surrender to what is but also knowing you have the capacity for change. Let go of those fixed views that skew your thinking. A new perspective emerges from recognising there are no divides. Those with planets or points around 29 degrees of the fixed signs (Taurus, Leo, Scorpio, Aquarius), may feel this energy more intensely than others.

Just two minutes after the New Moon, the Sun moves into Pisces to help this process of surrender. With the Sun now highlighting the last sign of the zodiac, we are in a process of coming to a place of spiritual understanding. Soon the old astrology year will end and much like the build up to the end of the calendar year, there is a natural pull towards reflection on all that has occurred since last March when the Sun entered Aries. After an awkward New Moon, there may be a tendency to fall into despair or victim consciousness. Life can feel like an illusion.

The Sun represents your identity, consciousness and the heart centre. Moving through Pisces, this is a time to allow your consciousness to be lead by your feelings. Pisces is compassion, empathy, spirituality. It is fluid and elusive. This is a time when you need to feel your way through the fog. Let your intuition guide you.

An anchor arrives in the form of Mercury in Aquarius sextile Saturn in Sagittarius on the 19th February. This repeats the same aspect that occurred in back in early January and again at the beginning of this month due to Mercury’s retrograde motion. With this being the last of three ‘hits’ there’s a sense that after a lot of thinking, reviewing and re-hashing, the final plans are now in place. This aspect stabilises the mental realm, giving you a chance to concentrate. There’s a serious tone to this aspect but that’s ok – sometimes it’s necessary to get down to business.

The 20th February sees Venus and Mars travelling hand in hand as both move into Aries. Mars of course is delighted to be back on home turf. As the ruler of Aries, this gives you a boost of energy and the passion to go for your goals. Venus however, isn’t quite so happy in this sign as its the sign of her detriment. There’s less focus on harmony and more on going for what you want. Venus in Aries is inclined to chase that which she is attracted to – and that can be for better or worse! Overall though, with the love birds travelling through this sign, it’s about having the courage to define what you want for yourself. Sometimes it’s important to put yourself first and fight for what you want.

The 21st February is a cosmic lull with just a trine between the Sun in Pisces and Hygeia in Cancer brightening the day. With Hygeia as a personification of health, this could be the perfect time to overhaul your diet or go for a Reiki session.  This is about communing with your body, asking it to inform you of where healing is needed and necessary. With intuition riding high, you may gain insight into physical problems through meditation or dreams. Hygeia is linked to the word hygiene so another way of working with this energy is simply to clean up! Make your environment clean and beautiful. Clean inside by ensuring you drink plenty of water. Fast if you are able or drink green smoothies with superfoods to re-energise your insides. Imagine the sparkle of sunlight on the sea under a clear blue sky and send that thought to your body.

The week ends on the 22nd February with love birds Venus and Mars as they have a passionate date together conjunct in Aries. There are range of possibilities of expression. Starting with the obvious, this may be a day to flirt, go after what you desire, initiate what you want with a partner. Venus and Mars in Aries isn’t so keen on subtle suggestions and coy games. This is about being direct. The sex drive and desires are likely to be high so just be aware that what you want today, may be different to what you want tomorrow – but if you’re ok with that, go right ahead 🙂

On an individual level, the energetic pattern still asks – what do you want? It’s about being assertive. Let your passion for a project, situation or belief shine through to others. Your enthusiasm is infectious and can gain you followers.

A positive, go-get-it approach creates a sense of excitement. If you’re not feeling the vibe, maybe you need to re-inspire yourself. Go for a wild ride at a theme park, play a competitive game, get physical. Go for a long walk and note all the action along the way. Aries energy is hot and fast, creative and easily bored. Don’t sit twiddling your fingers. Move your body.

Those with planets or points around 1 degree of the cardinal signs (Aries, Cancer, Libra, Capricorn) may feel this energy more intensely but in truth we all get a little input of passion. Check which house contains 1 degree Aries in your chart to identify the area of life where excitement is bubbling or alternately where you need to inject some excitement.