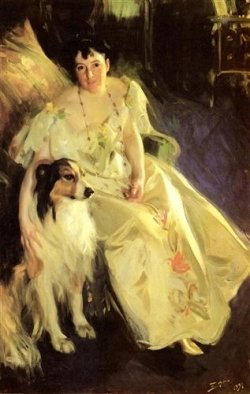 Today as I write (21st February), it would have been my friend’s birthday. It’s been just over 18 months since she passed away. She loved animals, dogs in particular so I made a donation to an animal shelter, like a gift of love to her out there in the cosmos. I can still feel my heart chakra burning with love. I’ve noticed this happens more and more often recently. The heart is a guide. I’m reminded of that game as a child where something is hidden and you’re directed to find it. Maybe you used to play it too.

“Cold. Cold. A little bit warm. Warmer, warmer, really warm… hot! Oh, you got it!” Cue lots of excited squealing as you locate the prize.

This simple childhood game means far more now as an adult and spiritual worker. Warmth is what we need to express, what we need to receive. Warmth bubbles up in the heart when you feel like you’re going in the right direction, when you feel love, excitement, happiness, bliss. The heart speaks. Right now, the Venus/Mars conjunction in Aries is sitting on my natal Chiron in the 8th house. I’m reminded of life in the midst of death. My friend didn’t get the chance to do all the things she wanted to. I feel the pain of her loss and other great losses too. My heart aches but the warmth is healing. She was a Pisces, the last of the zodiac where all things become one. As Aries calls us, it’s like light sparkling on the water as you float up from the depths. Breaking through to the surface you burst into light, into fire, into the Sun.

The week begins with some sense of being up against it with the Sun in Pisces square to Saturn in Sagittarius on the 23rd February. Saturn is Old Father Time so there could be a sense of running out of time. There’s not enough time to achieve my dreams, I’m too old, I’ll never do it. Saturn can make you feel defeated before you even start and tempted to go back to sleep because at least there you can dream…

But the trick with Saturn is to recognise it’s just a challenge. Saturn says – do you really want this? Because if you want it, you’re going to have to work for it. Instead of pouring water on your ideas, maybe it’s time to sit down and make a plan. With the Sun also quincunx to Juno in Leo, it’s about getting yourself out of the way to commit to finding creative ways to work through these perceived obstacles.

Venus in Aries comes in to help on the 24th February with a trine to Saturn in Sagittarius so after feeling down in the dumps, you recognise that you can attract what you are looking for. Maybe it’s just a case of getting in touch with what you truly value. It’s about loving yourself enough to say yes, I deserve this and I’m going to go out there and get it!

The first quarter Moon in Gemini on the 25th February is on the Sabian symbol ‘A Well With Bucket And Rope Under The Shade Of Majestic Trees‘. Dig deep inside of you to discover what thoughts you hold about your situation. The ‘majestic trees’ may indicate mental processes that are well established. The well symbolises inner clarity, it connects to the source of all things, the collective unconscious. How you think about things is going to affect your growth. Maybe you need to speak with others to refresh your outlook. Perhaps you need to come out of someone else’s shadow. The well shows that the answers you seek are within.

The 26th February is the busiest day in the cosmos. First up is a fabulous trine between Mars in Aries and Saturn in Sagittarius. We’ve moved from ‘I don’t deserve it’, to ‘I am good enough‘ to ‘hell yeah, I’m gonna go for this!’. Mars trine Saturn is a stabilising influence that promotes that feel good feeling you get after a hard day’s work or the endorphin kick after exercise. It’s a motivating, productive ‘can-do’ aspect. It’s time to get moving and push your way ahead. Each step forward is a triumph!

Along with this comes Mercury in Aquarius trine the North Node. You’re likely to feel mentally clear. I know I’m going somewhere says this aspect. The North Node is tugging you forwards, bringing flashes of insight that help to keep your mind on track.

Just as an extra cherry on top, we have the Sun conjunct Neptune in Pisces. Now normally this can be a somewhat disorientating influence but on the Sabian symbol A Girl Blowing A Bugle this makes me think of Judgement in the tarot. It’s time to heed the call – a call to action. Express your vision, announce it to the world. With Mars, Saturn and Mercury all helping to push you forwards, this watery conjunction put you in touch with what is meaningful in your life. Neptune spiritualises what it touches. Combined with the other influences, you may feel like you’re on a mission.

The 27th February sees Jupiter perfect a quincunx to Pluto which brings the transiting yod formation to a height. The yod is formed by Chiron sextile Pluto, both quincunx to Jupiter. Chiron sextile Pluto shows that there is an opportunity for transformation through healing. The quincunxes to Jupiter suggests that beliefs are being challenged. Jupiter tends to have more faith whereas Pluto is suspicious. Pluto likes the facts in Capricorn and doesn’t want to wing it! So the issue here is about reclaiming your power through acknowledging your faith in yourself. Because when you have deep faith in who you are, you can trust yourself and trust that you are going in the right direction. The things that are right for you will resonate powerfully in your heart. Watch for signs pointing the way.

The 28th February sees an interesting asteroid influence with Saturn trine Isis and Mars trine Nemesis. Saturn trine Isis suggests that now you have all the pieces of the puzzle, it’s time to put it together. Yes it may be a bit challenging but hopefully Jupiter in the transiting yod formation has given you some idea of that big picture. Mars trine Nemesis suggests you won’t be beaten! You can figure it out!

The week ends on the 1st March (yes March already!), with Venus conjunct the South Node in Aries. This is about letting go of those things that drain your resources both emotionally and financially. Maybe you are concerned that money worries are going to stop you from getting what you want. Perhaps you become aware of leaving your comfort zone which is challenging. Maybe there are certain attachments in your life that are holding you back. You need people around you who love you enough to cheer you on as well as to tell you the truth when you need it. Let go of those karmic attachments that no longer serve you – including a poverty mindset.

Mercury in Aquarius is sextile to Uranus in Aries so despite some grumbling from Venus, you are ready to clear the way. Your mind may be full of ideas which you are anxious to implement. Mercury is also opposite Jupiter so whilst this doesn’t tend to be too problematic, those ‘big ideas’ may need to be tamed a little to bring them into being. But still, the curtain is up and the show has begun! If you forget your lines, you may need to improvise a little but trust that no one else will be any the wiser.

All in all, this feels like a thoroughly productive week ahead with encouraging aspects. Make the most of your time here. Engage with life every day. Do what you love.

Because life is short.

Note – The animal charity I mentioned is called BIANCA – The Association for the Protection of Homeless Animals which is based in Sesimbra, Portugal. They do fantastic work and always welcome donations. Donations can be made via Paypal by clicking the donate button on the right hand side of their page.