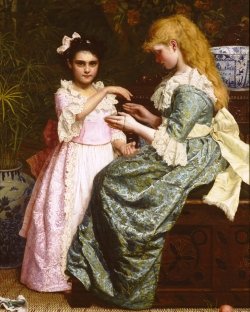 This complex Full Moon contains a variety of threads, each weaving upon the other. Virgo as a sign is associated with skill. It is the apprentice of the zodiac. Virgo is opposite to Pisces and therefore seeks to embody divine perfection. The problem for Virgo is that it can set itself up for an impossible task or it can become frustrated with human fallibility. Working at its best, Virgo uses the inspiration of divine perfection to diligently try, try and try again to perfect its techniques.

This lunation, there are a mass of quincunxes which all seem to be pointing in different directions. You may feel like you are being shown one door, then another, then another yet none seem to be ‘the one’. It’s worth remembering that there are many paths to the Gods.

Quincunxes are awkward aspects. At 150 degrees, each point has nothing in common with the other by element or mode. Trying to blend these energies into a whole can be a frustrating experience yet each much be incorporated. Quincunxes often show us how the impossible becomes possible. By its nature, the quincunx has a relationship to the signs Virgo and Scorpio. It’s like the master yogi showing the new apprentice some tangled pose. That’s impossible! My body just doesn’t bend in those directions! But the master smiles serenely and send you off to do some more meditation and stretches. Quincunxes often push you, gently or harshly depending on how much you listen to your intuition. Relating to Scorpio, there is a deeply intuitive side to this aspect that will provide the evidence or truth you need in order to incorporate these energies into your skill-set. Quincunxes are often accompanied by ‘fate’ which will give you clues as to how to handle this energy. Listen closely and you will find the way.

The Moon itself is quincunx to Uranus and Venus which can make everything feel out of sorts. Venus is already uncomfortable in Aries and suddenly is unsure of what she likes or dislikes in conjunction to Uranus. One moment she is inspired, the next irritated. You may be tempted to twist and turn, test out one idea after another but find each lacking in a certain something. The trick here is to recognise that change by its nature is uncomfortable so you can’t use comfort as a yardstick to whether the changes are working or not.

Meanwhile, a yod pattern that has been active since mid February still makes its presence known. Where we had a sextile between Chiron and Pluto, now the Sun takes Chiron’s place. Both the Sun and Pluto are quincunx Jupiter which has been riding high at the apex of this yod. With the Sun taking Chiron’s place, there’s something here about personalising and embodying this healing process. The key still hangs with Jupiter, questioning whether you have the faith. With this pattern, a little self belief has the potential to go a long way towards personal empowerment.

Another prominent quincunx is Black Moon Lilith quincunx to Mars which is conjunct the South Node. This is difficult for Lilith as she has an aversion to iron but the divine feminine is in a stronger position as Mars is weakened by the South Node conjunction. The problem here is that Lilith may be inclined to see red, especially as Venus is conjunct Uranus. This is Lilith in full on, ‘paradise ain’t all that, I’m off’ mode! But the problem is, running away may not be an option here. It’s like mediation between Adam, Eve and Lilith, tricky indeed – but not impossible.

Ruler of the Full Moon, Mercury is in a waning opposition to Jupiter which puts him in the hot seat as his position creates a boomerang yod. All the energy from Jupiter is bounced down to Mercury which could blow your mind wide open. The trick is to keep your mind open from the get-go so that Jupiter quincunx Pluto isn’t inclined to force the issue.

The Moon sits on the Sabian symbol :-

This fine lace handkerchief is the epitome of Virgo – beautiful handiwork, intricate, delicate. Perhaps the ‘valorous ancestors’ claimed their victories by gentle handling. The fine lace handkerchief would not be able to stand up to functional use. It subtly cautions against unnecessary tears. Whilst the Full Moon is widely opposite Neptune and Chiron which may evoke some painful feelings, the trine to Pluto shows that there is strength to draw upon. Let go of the idea of getting it right or perfect Just concentrate on getting it right for you to start with.  The Moon sits on the asteroid Iris. There is hope!

Lastly, notice the preponderance of 14 degrees in this chart – the Moon, the Sun, Uranus, Jupiter. The number 14 in the tarot relates to the Temperance card. Perhaps the most important thing to remember is to be patient with yourself. Allow for mistakes. You are only human. Temperance advices against extremes. This is a Moon of give and take. Be flexible, be open minded, be alert to synchronicities pointing the way. Nothing is impossible. And if things go wrong, just unpick your stitches and start again.