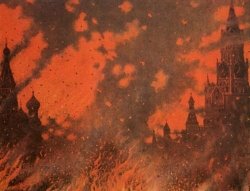 The tensions in the skies are clearly beginning to build this week as we move closer to the last Uranus-Pluto square. I don’t know about you but I’m noticing a huge amount of contradiction in news reports on all manner of issues from science to celebrity. It’s no secret that each news agency has its favoured biases but it seems as though lately there has been such blatant headline contradictions that it leaves me curious to know the truth. And perhaps that’s the point, surrounded by so many ‘truths’ we can only turn within and find our own.

I also found my stomach clenched as I read about the destruction of Nimrud. Uranus-Pluto square unfortunately has become literal – the past is being destroyed in a fanatical desire for change.

Things are unstable. I noticed a story in the local news this week where a researcher at Manchester University created a highly explosive compound in error, sparking full bomb squad attendance and an evacuation. Things are changing rapidly before our eyes. Mistakes are easy to make whilst things are so volatile.

I also notice that there seem to be increased tensions in social media with heated discussions reaching boiling point. Essentially what I am seeing is a lack of agreement and a distinct inability to find common ground. Perhaps it is because Pluto is shaking the ground. People are conscious of being forced into a corner and fighting back tooth and nail. I’m not immune. I find myself incensed by opinions that seem alien to me. I read a discussion and think ‘How, just HOW could you think that!’. But I don’t respond or react because thrashing things out right now just seems like…well…thrashing and little else! Plus my natal Mars is in Taurus. It’s lazy, only fighting when really necessary and otherwise happy to watch the world go by  😀

It feels very much as though the cosmos sets us with up with clues with how to deal with the next couple of weeks ahead. Firstly we have Venus in Aries sextile to Vesta in Aquarius on the 9th March. Venus is about love and harmony. In Aries, Venus tends to go after what she likes but sometimes, after the initial excitement, she runs out of steam. Vesta on the other hand in the fixed sign of Aquarius is offering some of that illusive staying power. Harmony is found through focusing on the greater good. Vesta in Aquarius has strong humanitarian traits. Whilst not all of the people can agree all of the time, Vesta remains focused on the task at hand. Venus reaching out here can encourage that flame to burn even brighter. Devote yourself with love, stay focused on love and this can burn through all the intellectualising.

Meanwhile Mercury is conjunct asteroid Spirit in Aquarius and sextile to Pallas in Sagittarius. Whilst Pallas does tend towards the cerebral, here Mercury bestows a spiritual edge. Connected to Spirit, there’s an opportunity to keep the big picture in mind. Pallas is known also for her ability to recognise patterns. This is about recognising that there is a greater pattern to what we are perceiving here on planet Earth.

Mars in Aries moves in to trine Jupiter retrograde in Leo on the 10th March – activate your joy! This is a bright, laughing Buddha of an aspect. Yes, there’s other stuff going on in the background. Yes it’s all a bit too hot to handle but sometimes it’s just a case of connecting with those feel good vibes regardless. A positive approach will ultimately bring more benefits. You don’t need to push anyone to see things your way and neither do you have to react if pushed by someone else. There is very much a live and let live feel to Mars trine Jupiter. Optimism is key.

And this is because on the 11th March, Mars will kick the Uranus-Pluto square into action. Whilst this square aspect doesn’t perfect until next week, we may see the results sooner than later as Mars becomes a trigger with a conjunction to Uranus and square to Pluto. The challenge is to keep Jupiter in mind, keep understanding in mind. Because all this tumultuous energy has the ability to go bang! Mars is like a flame to a trip wire. There’s a fiery desire to be free from this ball and chain of a Pluto! In an effort to change everything, destruction may seem preferable to dealing with the pressure of Pluto but there’s a strong caution here because Mars is reacting. Reacting without understanding (Jupiter) is likely to lead to over-reaction (also Mars trine Jupiter!). Whilst this energy can’t be ignored, it can be made safe by turning down the heat just a little. If you can’t do that, step back to a safe distance – especially those of you who have planets or points around 15 degrees of the Cardinal signs (Aries, Cancer, Libra, Capricorn). Yes, that’s me!

The 12th March sees Juno retrograde conjunct asteroid Isis in Leo. What is missing from your contracts – with yourself, with others? Juno and Isis offers the opportunity to lay everything on the table and invite a creative re-visioning of your agreements. In relationships, it’s about piecing together each of your needs, wants and desires to create a pleasing picture for both of you.

The Sun is also conjunct asteroid Phaeton in Pisces today so along with the volatile background transits, the caution is against going up in the air at the least provocation! Phaeton in mythology was determined to prove to his friends that his father really was the Sun god so asked to drive his father’s chariot across the sky. But Phaeton couldn’t handle it and the chariot flew out of control. The caution today is that you don’t have to prove a point to anyone and trying to do so will most likely cause more harm than good.

Mercury enters Pisces on the 13th March. Given other cosmic conditions, this is a helpful influence promoting a more compassionate and forgiving mindset. This transit also clues in your imagination to tackle problems and concerns. If you can visualise and worry over the bad, you can visualise and inspire yourself with the good. Whilst Mercury in Pisces tends towards idealising, it doesn’t hurt to imagine a better world, for you personally or the world in general. The key however is to bring the dream into reality. Use your intuition, your dreams or meditation to solve dilemmas.

The Last Quarter Moon in Sagittarius also occurs on the same day. The Sabian symbol is :-

This is perfect for tapping into the understanding of the Mars-Jupiter trine that became active at the beginning of the week. When moving to a new country, it’s necessary to learn the language, the customs, the new rules. This Sabian could suggest that we are entering foreign turf so to speak and therefore it’s ok to take some time to get acquainted. In fact, this process cannot be bypassed. It’s a requirement meaning it’s necessary. If you feel you are bordering on entering a new place in your life, spend some time considering what it will mean and how you may handle any problems that arise.

Lastly on the 13th March, Juno stations direct so if you managed to piece together a new contract as indicated with Isis a couple of days ago, this is the time to sign on the dotted line.

Saturn stations retrograde on the 14th March. You might like to read my updated article on the overall process of a Saturn retrograde period. Generally, Saturn slows things down and when in retrograde motion, this slow down tends to become more acute. But perhaps with other energies at play, Saturn is really helping us to look before we leap!

Saturn will station retrograde in Sagittarius and revisit the late degrees of Scorpio during this retrograde cycle. It’s almost as if Saturn set out on a trip then realised he’d forgotten something. There’s just one last thing to learn from Saturn in Scorpio. Perhaps it’s a final test to ensure you’re qualified to embark on this upcoming new journey. Perhaps it’s a trip back to ensure you locked the doors. Old doors must be closed before new ones are opened.

We end the week on a quiet note (thank you Gods!) with the Sun in Pisces sextile to Ceres in Capricorn on the 15th March. With the Sun in charitable Pisces, this is the perfect day to make a contribution to a foodbank or to your favourite charity. Whether it’s a physical donation, crowd funding or helping the homeless, this aspect is a reminder that there is a world of wealth to be shared. What may mean little to you may mean a lot to someone else. Share what you have. and spread a little happiness.