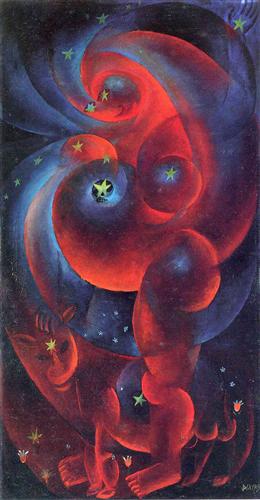 I’m praying for clear skies! This solar eclipse will be the last visible in Europe until around 2026 so if you are in the UK like me, make the most of it. Traditionally, in astrology, the eclipse energy is most active in those places where it can be seen. This will be a total solar eclipse. In the UK we will see about 90% of it. If you want to see totality, you’ll need to take a trip up to the Faroe Islands or Svalbard.

The eclipse itself is barely making any major aspects within the chart. It sits at 29 degrees of Pisces, an anaretic degree and akin to ‘boiling point’ just before fiery Aries. There’s something unstable about this energy. The eclipse is sesquiquadrate to co-ruler of Pisces, Jupiter. Ruler Neptune and Mercury are conjunct. There may be a tendency to go overboard or give in too easily. Even a wide and out of sign trine to Saturn doesn’t seem to anchor this as Saturn is square to Neptune. The walls come tumbling down under the pressure of water.

And this may be a good thing. Sometimes feelings must be expressed in order to build anything for the future. Feelings have to be acknowledged, accepted. This eclipse belongs to Saros Cycle 120 (17 South). Bernadette Brady says that this family of eclipses are connected to :-

So there’s a feeling that despite this being a rather unstable chart, perhaps it is a process of bringing something better (Jupiter) into being. Perhaps you are thrown in at the deep end. Perhaps you dive in head first. Sometimes it’s the only way to learn how to swim.

Coming so shortly after the final Uranus-Pluto square and this being the 29th degree of Pisces, this eclipse could act to bring certain situations to a close. And sometimes closure is emotional. Sometimes you have to say goodbye.

The eclipse also occurs shortly before the equinox – equal day and equal night. After release comes readjustment, then balance. It makes me think of how you have to get your sea legs when you embark on a cruise. The initial stage may produce horrible seasickness but after a time, your body becomes used to the motion. Your brain adjusts, the nausea stops and finally you can enjoy the gentle rolling of the waves.

Perhaps, given that spring is around the corner, this eclipse is like the breaking of the waters before birth. There may be pain but what is born at the end of the process is precious.

The Sabian symbol of this eclipse continues the theme of growth :-

A Majestic Rock Formation Resembling A Face Is Idealized By A Boy Who Takes It As His Ideal Of Greatness, And As He Grows Up, Begins To Look Like It.

Pisces is the sign of imagination. What you are visualising now is what you are growing into. Do you need to change the picture, enhance it, clarify it? With the square between Saturn and Neptune, it may be necessary to test the ideal against the reality. For a baby leaving the soft, warm womb of the Mother, reality can be a shock to the system but soon it becomes normality.

This is an amped up intensely spiritual eclipse. We are beginning to give birth to all that has come from the Uranus-Pluto square. If you are holding your breath from the deep soul dive that this has been, know that soon you will be able to breath easy once the waters have drained away. Soon you will be able to tenderly gaze upon all that is new in your life.

Those of you with planets or points around 29 degrees of the mutable signs are most likely to be affected strongest by this eclipse energy. Write down any dreams around this time as they may contain important clues as to the meaning of the eclipse energy for you.

Where do you need closure?
What are you imagining for the future?
What must be released?
What is being born in your life?
What aspects of your life need to be brought into balance?
Where do you need to say goodbye?
Who or what do you idealise and why?

Those of you on my monthly newsletter list, keep an eye on your inboxes as I will be drawing the winner of the eclipse free consultation this week!