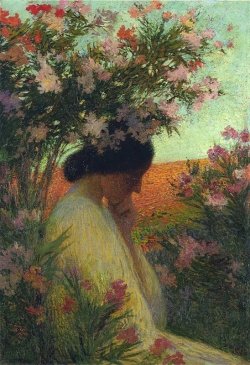 Watching the clouds gather last Friday morning, I was unsure whether I would get to see any of the eclipse. I’d also completely forgotten to buy eclipse glasses. Not to be deterred, I went down to the organic garden behind my home and sat watching the skies. My little cat friend Mia came to join me. I watched her sniff the air as the light grew noticeably dimmer. The birds grew quieter although it wasn’t dark. Taking a few quick squints at the sky through my ‘absolutely not going to protect my eyes’ sunglasses, I was rewarded with a miniscule break in the clouds exactly over the Sun – yet with just enough cloud cover remaining to take away the glare. First I saw the crescent Sun and then finally the brilliant circle of the Sun as the Moon passed in front. I experienced the same sense of wonder that I did back in 1999 when I stood on a beach in Cornwall watching the total solar eclipse. Whilst this time we did not have the inky blackness as coverage was about 90%, it still stirred those same primal feelings and child like excitement.

The solar eclipse was conjunct my natal Chiron in the 8th house. Just after I came back inside, I had a call from a friend apologising for not repaying me some borrowed money and then I spoke to another friend to pass on a spirit message that had been relayed to me through a reading another friend had given to me. Both calls fit the eclipse conjunct Chiron entirely. I picked the winner of the free reading given to a Lua newsletter subscriber each solar eclipse (congratulations D.!) and considered how some of my wounds are beginning to heal. Personally, it was a quiet eclipse, somewhat understated yet powerful just the same. I will still be watchful of Chiron though, bearing in mind eclipses stay in effect for around six months.

After an intense week, the skies are finally offering a bit of a break. With few major aspects, it’s like reaching a chapter in a book that focuses on the minor characters to explore the subplot.

The Sun in Aries is semi-sextile to Astraea in Taurus and square to Chariklo in Capricorn on the 23rd March. It feels as thought there’s a struggle with doing what’s right for you compared to doing what’s best for others. Astraea is the Goddess who was eventually given a place in the skies as the constellation Virgo. Holding the scales of justice, Astraea is very concerned with doing this properly. She wants to do what’s right and in Taurus, she doesn’t really care if that takes longer. Your moral principles may be offset against your personal desires and something needs to give. It may manifest as an inner conflict – knowing there is something practical you could do to improve things but feeling more like having a stampy foot tantrum because you want to do something else instead!

Chariklo is the wife of Chiron, the one who cares for the healer. Maybe part of you is feeling like you’d like someone to look after you for a change. Perhaps you’re feeling like you’re running on empty. If so, ensure you are getting what you need in order to give what is needed – whether to yourself, or to others.

This theme seems to flow into the following day as Venus in Taurus creates a sextile to Neptune in Pisces on the 24th March. You can dissolve the irritations by taking a more compassionate stance. Venus is strong in Taurus and reminds you that to love yourself is a basic requirement. You cannot thrive without self love.  By giving to yourself, you can then offer this love out to others.

Venus and Neptune can inspire your creatively but you need to jump on the vibe to make use of it. Take yourself on an artist’s date. Go for a walk through your local area. Take your camera. Aim to see as if you were a tourist in your own town. Take photographs of things that catch your eye whether it’s a shop window display, a statue, or trees in the local park.  Notice the shapes and colours, shadows and light. Look up at the buildings you pass by every day. Stop to really take in the form of a flower.

Mercury in Pisces joins in the healing vibration with a conjunction to Chiron also on the 24th March. Maybe you feel more aware of your mental scars – where you get stuck in a groove of defeat, regret or remorse. Create a healing bath for your mind by flooding it with positive thoughts.

Affirmations can be tricky things though. Sometimes saying something to yourself that you don’t believe can do more harm than good as it sets up resistance. Find an affirmation that is positive but which you can agree with. For example saying something like ‘I am happy, hopeful and healthy’ if you don’t feel any of those things can make your unconscious mind simply bat away your good intensions. A great tip given to me by Tessa Souter when I was having mentoring with her was to add ‘I am in the process of…‘

Choose to make your self-talk medicine rather than poison.

Along with this comes a trine between the Sun in Aries and Juno in Leo. This way you can make this a creative contract with yourself to motivate your inner child.

The medicinal vibe continues on the 25th March as Chiron in Pisces moves in to conjunct asteroid Medea. Medea was a witch skilled with potions and herbs. Maybe there is an alternative remedy you can try for problems or perhaps take a warm bath with aromatherapy oils to sooth away aches and pains both physical and emotional.

The Sun in Aries then creates a trine to Saturn retrograde in Sagittarius offering the perfect energy to strengthen yourself from the inside out. Now you can apply yourself to getting well on all levels and know that you can look after yourself. This aspect is also perfect for dealing with authority figures so if you need to talk to your boss or your Dad or likewise, the overall healing tone of the day may create the perfect opportunity.

The 26th March is quiet although there is a sub-plot story about the nature of fear. Those of you with planets or points around 9 – 11 degrees of the cardinal signs (Aries, Cancer, Libra, Capricorn) are likely to feel this most. Firstly, the South Node in Aries conjuncts Psyche which may put you in touch with your own fragility. This is akin to the moment, Psyche gives up after apparently losing Eros once his identity was revealed. Perhaps part of you is throwing your hands up in the air. Surrender may be easier than fighting. At the same time, asteroid Kassandra forms a square to the nodal axis. Part of you doesn’t know whether you know the full story. Who or what do you believe? Is someone trying to tell you the truth and you don’t want to hear it? Perhaps you are the one that speaks up only for it to fall on deaf ears. The problem is that the Sun is also opposite Medusa (5 degrees Aries and Libra) so it’s as though everyone is petrified and no one is getting anywhere fast.

We return to the healing theme on the 27th March with a First Quarter Moon in Cancer on the Sabian symbol Two Nature Spirits Dancing Under the Moonlight. The tension in this aspect is that it puts you in touch with your magical spiritual nature. Sometimes it’s hard to believe. With Kassandra in the background still square to the nodal axis, it’s like shouting ‘I don’t believe in fairies’ and waiting for Tinkerbell to bite the dust.

But the mysterious spiritual realms are living forces dancing within you as well as without. This symbol has the potential to bring your attention to the otherworldy realms. You can invoke them too through dance or ritual. Speak to the Moon as if she were your Mother, your best friend, your sister. Ask her to dance with you.

Venus in Taurus is square to Jupiter retrograde in Leo on the 28th March. Shiny, pretty things capture your attention. Stay aware that your purse does not have a fairy spell on it that makes money appear by magic. When it’s gone, it’s gone. There is a lack of restraint when these two get together and a desire for more, more, more.

Whilst this is the party aspect and hangovers abound, there is something joyful in these two despite the square. Sometimes, a little self-indulgence can put a smile on your face. The only caution here is that it can be easy to get caught up in the idea that you have to make an impression on someone. Venus and Jupiter can get caught up in embellishing, flattery and even buying affections. If you are over-compensating, it likely stems from a lack of self worth. Use this aspect to increase the value you place upon yourself.

Vesta also moves into meditative Pisces today so there is something quite serene going on under everything. Perhaps after a week of deep healing vibrations, this is the time to offer up a prayer to say thank you.

The end of the week sees a challenging square between Mars in Aries and Ceres in Capricorn on the 29th March. This smacks of ‘I can do it myself!’. Frustration may stem from someone else disarming you by their overly parental approach. Right now, you may not feel like being cosseted. Maybe you just want to get on with it and look after yourself. Perhaps underneath this lies a feeling that you are inadequate stemming from your independence or fighting spirit being repressed in childhood. Perhaps inadequacy stops you from adequately nurturing yourself. The trick is to accept where you may feel angry towards your parents from childhood and especially where that anger has been turned upon yourself. You can’t change the past but you can re-parent yourself to encourage strength and courage to grow.