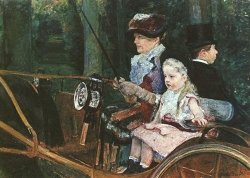 I had disturbing dreams on Saturday morning. I dreamed that twice I took a taxi home and twice I somehow forgot to pay. And I’m running around trying to find my purse, then find the number to ring the taxi company to apologise and tell them I had every intention of paying, which I did! All the while I am wondering what must they think of me! I can’t believe I forgot to pay!

Transiting Mercury (mind, communication, transport) was tripping off the yod I have in my chart. It was transiting through my 8th house (expenditure), opposing my natal Uranus (awakening, astrology) in the 2nd house (income, values) and trine my natal Neptune (dreams) in the 4th house (home). Mercury was exactly semi-sextile its natal position in the 9th house.

Planets can talk through the dreaming mind as it’s receptive to symbolic language. The dream was pointing out where I want to pay my way; where sometimes I feel like I don’t do enough; that I don’t expect a free ride; where I berate myself for simple and unintentional mistakes; where I can be too conscious of what other people think of me. I woke up with the horrible feeling I’d forgotten something important until I realised that it was just a dream hangover. Looking deeper, what I had forgotten is to value myself because the taxi driver is also me. If I don’t pay my inner driver, she might not want to carry me any further…and my ultimate goal with natal Mercury in the 9th house, is to go far…writing myself all the way to Portugal 😀

But there’s another message here too. Sometimes we have good intensions but good intentions aren’t enough to get you where you want to be. Sometimes you have to pay – with effort, by doing the work. Dreamy Mercury in Pisces can dream all it wants with that trine to Neptune, but it won’t get me anywhere beyond dreams. Uranus in Virgo awakens me to the work that needs to be done. Attend to the details.

With transiting Mercury opposite to my Uranus, I was being shown a need to regain balance and this is the theme of an intense week with a lunar eclipse in Libra.

The week begins with a trine from Venus in Taurus to Pluto in Capricorn on the 30th March. There is intensity here but it’s also a stable trine, especially with Venus in her own sign of Taurus. This trine is asking, what do you value above all else? These are the kinds of values you can’t live without – the kind that make you who you are. They are the values that dictate the kinds of people you get along with, the interests that captivate you. They are the things you love deeply and are fundamental to your nature. What you love has the power to transform you.

Venus trine Pluto is that creative ‘zone’ where your creation takes on a life of its own. Artists, get out your brushes. Writers, take out your pens!

Naturally this aspect feeds into relationships where powerful insights may take things to a new physical level. Passions are aroused! Those of you with planets or points around 15 degrees of Earth signs get the sweetest kisses from this aspect.

There’s a distinct shift in energy on the 31st March as the Sun conjuncts the South Node in Aries, Mercury enters Aries and Mars enters Taurus. The South Node-Sun conjunction may bring up issues of where you need to release personal desires for the sake of others – or for the sake of peace! It’s possible that with Mars moving out of his own sign, this could be the time to relinquish a fight or to concede a loss. Positively speaking, you may find that you can think on your feet and you have the determination to see things through. Ego issues are cleared away in order for people to speak more honestly and directly. Mars in Taurus takes the heat out of situations. Put your mind to where Aries is in your chart – look for the house with Aries on the cusp as this is where mental stimulation is needed. Things are likely to get busier in that area of life with Mercury flying through. The house with Taurus on the cusp needs some motivating energy pushed in its direction – keep going until the job is done. Here you need to assert yourself calmly.

The 1st April sees no major aspect but there is a conjunction between Venus and asteroid Polyhymnia that caught my eye. Venus in Taurus is a classic signature of the singer and Polyhymnia is the muse of sacred hymns and dance. Sing out your feelings. Sing for your soul. Play sacred chants, melodies that move you. I always play music whilst I write – right now its Nacho Sotomayor which is rhythmic, melodic, trance like and creates a perfect landscape to write. Hum a tune whilst you work. Music has the power to evoke love both earthly and divine.

It’s still a Venus story as she moves into a sextile with Chiron on the 2nd April. Perhaps taking some notes from Polyhymnia, you could investigate sacred sound and its ability to generate healing vibrations. Generally with these two bodies linked, this is looking at the healing power of love. Look to where Venus is transiting in your chart. This shows the area of life where you need to practice self love or where you need to increase your sense of self worth. Maybe this area of life needs some loving care. By focusing on this area, this then helps Chiron in his long drawn out task of healing the affairs of the house he is transiting in your chart. Venus in Taurus is tactile. Give someone a healing hug.

Mercury in Aries forms a stabilising trine to Saturn in Sagittarius also on the 2nd April. With both in fire signs and Saturn retrograde, thoughts turn to getting those ideas down on paper in order to make some plans. Mercury in Aries tends to think fast but has a tendency to overlook details in an effort to move quickly. Saturn slows this action down, giving you the best of both worlds – inspired thinking and the willingness to think seriously about it. If you’re trying to get from A to B, this transit could help. This is perfect for planning a holiday in the Sun. 4 degrees of the fire signs get the most benefit.

And talking of sunshine, the Sun in Aries also forms a trine to Jupiter today. Wow, holiday season calls indeed. If you can’t afford to go away, don’t despair. Research suggests that even imagining yourself on a sun kissed beach will reduce your stress levels.

Altogether, the aspects today call you to think positive. This is a time to develop faith in yourself and in your ability to achieve your goals.

Ceres enters Aquarius on the 3rd April. Nurture your unique talents. Love your quirks. Ceres in Aquarius is fed by the offbeat and interesting, the new and the innovative. Sometimes we have a tendency to distance ourselves from the Aquarius part of our charts. Maybe we ‘get it’ but we don’t ‘feel it’. Ceres is about to change that. Ceres shows where you need to be fed in this area of your life currently – active care is needed. Aquarius also relates to groups and associations so Ceres moving through this sign feels nurtured when accepted by others. Call up your friends. Let them know you care.

The Lunar eclipse in Libra occurs on the 4th April and as it’s opposite Uranus and square Pluto, we have that whole Uranus-Pluto thing going on. This eclipse may manifest as closure or consequences from whatever manifested at the lunar eclipse in Aries last October. Those of you like me with planets or points around 14 degrees of the cardinal signs (yes, it’s us again!) will most likely feel the effects of this eclipse. This one will be directly on my IC…Well, I did say I wanted to move! For the full eclipse chart breakdown, check out my post here.

The skies don’t let up with this just yet either as the Sun in Aries moves into a square with Pluto in Capricorn on the 5th April and Mercury conjuncts the South Node. You may feel backed into a corner. Maybe you’re pushing for change and nothing seems to be happening! If the outside world isn’t responding, go within. This is a process of empowerment. Power comes from knowing what’s in your control and what isn’t.