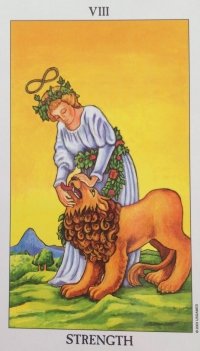 Oh the planets – they do like to have a laugh don’t they! The Lunar Eclipse just gone was directly on my IC. The IC is the root, the lowest point in the chart. It’s the fundamental private self, the core, the base.

That’s odd. I thought to myself. Everything seems calm.

It’s morning, I’m ready to work…I switch on my laptop…

First up, someone reports my name as false on Facebook. Facebook has a real name policy and I use my real name and have done for the last 8 or so years. But of course it’s an unusual name. I have no idea who reported it and I can’t get into my account. As many of you know, I post regularly to my page there. I interact with clients. I get bookings via Facebook. So it’s a pretty big deal not to be able to access it. I’m furious and frustrated by an unknown enemy’s petty action. The Moon by the way, rules my 12th house of ‘secret enemies’. I’ve never experienced a personal attack such as that. I find it a strange thing to do. But then, it’s eclipse season…

The only way I can get in to my account is to change my name but if I don’t choose a name that Facebook thinks will be ‘real’ I might be locked out altogether. So I choose ‘Smith’, the most common name in England. The Moon in mundane astrology relates to ‘the common people’.

I’m very attached to my name, Whitehorse. It’s me. It’s my identity. The Midheaven is what we project into the world – our public image. With an eclipse to my IC, my public image is erased in a click of a button.

I begin chanting the Ganesh chant to remove energetic blockages.

Twenty Four hours later, after going through the faff of uploading my credentials to the powers that be at Facebook, my identify is verified and I’m back to Whitehorse and back to myself.

A few moments later, I see a Facebook post that deeply upsets me and shocks me to the core. Yes, here is what I was anticipating – the conclusions, results, crisis from the last eclipse season in October. I mentioned this in my lunar eclipse post. And there it is and I’m in tears. Then, after a day of shock, struggling to find some sense of equilibrium and finding none, I discover it’s a joke – a bad April Fool. I’m rendered speechless! My IC is in the 3rd house (mind and communication).

And so finally, on the morning of the eclipse, I’m back to myself. I’ve regained control and hit the re-set button. I decide on a walk to clear my head before seeing a client.

There is a small tunnel just before the canal where I walk. I step on a slippery flagstone. Of course I fall, straight onto my backside, covering myself in mud in the process! Did I mention the IC is the very base of the chart? I didn’t hurt myself.

Yes, please laugh. I did. I laughed so much I could hardly get up. Thankfully my Leo Ascendant pride wasn’t hurt by spectators as there was no one around apart from a pigeon that eyed me suspiciously.

What did I learn? The eclipse was square Pluto. There are forces bigger than you at work. Sometimes, darkness is attracted to light. Sometimes, you will fail or fall. There will be challenges and battles lost but you live to fight another day. Each challenge reveals more of where your personal power lies.

The eclipse was opposite Uranus. People can be utterly unpredictable. Sometimes you have to work to reach a higher perspective. Your originality gains attention – not always the kind you like. But your originality is you. Don’t shy away from it for fear of what others may do or think. If you know who you are, that’s all that matters. It doesn’t matter what anyone else projects.

The eclipse was sextile Jupiter. Have faith that things will work out for the ultimate good.

And finally, back to the cards. You can prepare for the worst/’threat’ but you can’t change your life for fear of what might happen. Living like that is living in chains. Prepare and then live your life as normal. Sometimes you just have to laugh in the face of the Devil.

And lastly, you always, always have the Strength to overcome…eventually 🙂