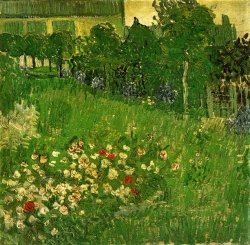 We’ve had a few days of sunshine, extraordinary ‘warm enough to go out for a walk without my coat’ sunshine! Peeling off the layers, I delighted in the feel of the Sun on my skin. These Aries rays are stimulating, exciting, motivating – like I sense that upward motion of flowers and plants all around me. Aries is on the cusp of my 9th house. I love the sense of space that sunshine brings. The wide open skies above me. In your Aries house you need to push forwards, be a pioneer, show courage.

This week is relatively quiet until the planets all seem to stir into action at once at the end of the week.

We begin with Venus in Gemini semi-square Uranus in Aries on the 13th April. Venus can feel a little fractured with so many people to see and things to do. Maybe you are getting invitations left right and centre – a night out, a Christening, a marriage. Bumping into old friends you haven’t seen for ages. It can feel like you don’t have time for everyone but you’re still trying to fit it all in because you want to do it. It’s exciting, it’s fun and you’ll feel like you’re missing something if you say no to anyone.

Whilst this aspect is a little testy at times, using the energies positively means that you can learn to love the unpredictable elements of life – how people surprise you. How you can surprise yourself!

Venus is also trine to Ceres in Aquarius later in the day. Perhaps there’s a realisation that making space for those unpredictable elements is enjoyable and feeds you in a way you never expected. Nurture those off the off wall ideas, allow yourself the pleasure of the unconventional. Go off the beaten path into the wild woods.

Mercury enters Taurus on the 14th April. Venus (still in Gemini) rules Taurus and Mercury rules Gemini so these two planets are now in mutual reception for the rest of the month. When planets are in mutual reception, they have a special understanding and look to each other for guidance. It’s like staying in someone’s house whilst they are away, realising you don’t know how to work the satellite TV so you ring the house owner for instructions. That’s the human version of a mutual reception.

So Mercury travelling through Taurus gives Venus some instructions which suggest to her that whilst socialising is fun, it would be good to stick with something or someone long enough to get some value out of the experience. In turn, Venus in Gemini offers enough information and interesting experiences to keep Mercury on his toes and not stuck in the same old mental groove as Mercury can do in Taurus. Likewise, we can do the same as the planets. Allow time to socialise, a little bit of this, a little bit of that but invest enough energy into these things to gain some practical use from it. If you find yourself feeling mentally stuck, get out of the house and interact with other people to shift your thinking.

The 15th April however sees Venus descend into grumpy mode with an opposition to Saturn. The worst side of this aspect is feeling ‘I’m not good enough’! Maybe a conversation has lead you to believe you don’t know as much as you think you should. Maybe someone just didn’t notice you or blanked your comment. It’s hard when that happens and can make you feel invisible and that’s the last thing Venus wants. So the trick with Venus opposite Saturn is to know that what others think of you, or what you think they think of you really doesn’t matter. It’s what you think that matters. Saturn retrograde in Sagittarius may bring up negative old beliefs that you thought you’d shaken off. Don’t define yourself by comparing yourself to others.

Bearing in mind Venus is in Gemini, the run in with Saturn may indicate feeling as though you have run out of options or choices must be narrowed down. Sometimes, this can turn out be a good thing. Define what you want.

This aspect may also bring up money matters. You may feel like you don’t have enough, you should have more. It’s true that sometimes life isn’t fair and wealth isn’t evenly distributed but it’s important to remember that money is energy like everything else. If you are really stuck, ask for advice, go to your bank or financial adviser. Hunt out information on money management to help you resolve crisis and problems.

The Venus-Saturn opposition occurs at 4 degrees of Gemini and Sagittarius so those of you with planets or point 4 – 6 degrees of mutable signs (Gemini, Virgo, Sagittarius and Pisces) will feel it the most.

The 16th April has two distinct flavours. Firstly we have Neptune conjunct Vesta at 8 degrees Pisces which is a gentle aspect. It lifts your spirits. Focus on those things that are most important to you to bring a powerful sense of spiritual connection and meaningful engagement with life.

Meanwhile on a far more earthly level we have Mercury in Taurus quincunx Saturn retrograde in Sagittarius. This could manifest as a mental block that gets in the way of the lovely, floaty feel of Neptune and Vesta. If you experience this, it’s possible that you’re over-thinking a problem or situation you have. Sometimes you just have to accept, let things be as they are. The more you accept, the easier it gets to shift your perspective. A simple candle meditation which draws on the energy of Neptune and Vesta may help. Use a white candle for clarity. If you don’t have a candle, there are videos on Youtube. Fire tends to flicker at a rate that induces alpha and theta brain waves which calms and stills the mind.

The 17th April sees Venus in Gemini move into a sextile to Juno in Leo. Whatever issues were raised yesterday have perhaps sparked an opportunity to re-negotiate a better agreement – either with yourself or with another. Venus sextile Juno could indicate where you are drawn to make a commitment that honours your self expression and creativity.

Pluto also stations retrograde today in Capricorn intensifying Pluto’s energy. Look to where Pluto is transiting in your chart. The house will indicate the area of life that is being cleared out in order to create a stronger foundation and rich reserves of energy. What you have always done in this area of life is called into question. As Pluto turns retrograde here, there is a slow internalisation of the process so far. This is about assimilating what you have learned about letting go. It’s about digging deeper to once more release material for examination and investigation. It’s a process of empowerment. It’s akin to going back down the mine shaft to chip away at the tunnel to reveal the next layer of diamonds.

We have a New Moon in Aries on the 18th April which is combined with Mars (ruler of Aries) squaring up to Jupiter. It could be a noisy New Moon with the Sabian symbol The Music Of The Spheres. Trumpets sound, cymbals crash! This New Moon is unaspected so the Mars – Jupiter square is a stand out aspect that reverberates through the chart.

You may have great faith that it will all work out. This square is fabulous for an optimistic outlook. It’s an I can do anything aspect. Mars square Jupiter is high energy. It’s aerobics, power yoga, long distance running, weight lifting. With Mars in Taurus there’s a strong physical need to express yourself. Physical exercise could help to work off any frustration.

The trouble is that you could feel the heat if you take on or promise too much. Set your intentions, plant your seed ideas but don’t plant so many that they compete for room to grow. I will be writing more on the New Moon chart shortly. Keep an eye out for the next post. The New Moon will occur at 28 degrees Aries so those of you with planets or points around 27 – 29 degrees of cardinal signs, get ready to rumble.

After a loud New Moon, we have Mercury in Taurus sextile Neptune in Pisces on the 19th April. Shhh, can we have some silence please! Meanwhile, Venus has also sidled up to a square with Neptune.

Mercury offers you a chance to use your imagination to find practical solutions to problems. If you are a writer, this could be perfect for writing the next chapter as what you hear whispering in the ether is grounded into reality. This is a speak from your soul aspect. Just a few words can be deeply meaningful.

The Venus square to Neptune however is more problematic in the it can manifest into some unrealistic notions. Venus in Gemini can be tempted to pretend she is interested when she really isn’t. You don’t have to fake it for anyone. Likewise, don’t try to kid yourself that what is on offer is perfect if it isn’t. Venus square Neptune is liable for disappointments after the rose coloured glasses are removed. Tap into Mercury in Taurus for help to gauge what is real and what isn’t and keep you grounded in reality. That way you can enjoy the gentle pleasures that Venus and Neptune can bring. Those of you with planets or points around 8 – 10 degrees of mutable signs will feel this the most.