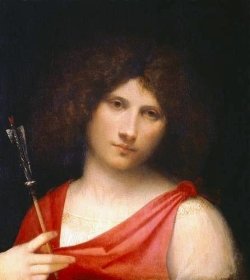 There is a wild edge to this New Moon. The lunation itself doesn’t make any aspects to the other planets. The ram is on the loose! Ruler of Aries, Mars, has just formed a square to Jupiter accentuating both advantages and disadvantages.

Aries as a sign is go-getting, pioneering. It’s the upstart of the zodiac and doesn’t give a damn about what anyone else thinks. This can work favourably or unfavourably depending on how this energy is used. Used at its best, Aries is creative, motivating, encouraging and courageous. Aries has dare and drive. If you’ve been feeling lack-lustre and needing a boost, this could do the job. Mars is motivation, will and desire and Jupiter is opportunity. You might feel incredibly optimistic. Maybe you’re high on energy and ready for anything. The caution is, don’t take on more than you can handle later down the line. Over-optimism can have a destabilising effect. Get in over your head now and you might feel the heat later. Aries can be impulsive.

Aries also has a tendency to get excited, start many projects and yet finish none because enthusiasm runs out. I have an Aries stellium so I know this from experience 😀 If you are setting intentions, ensure that each wish has room to grow in your life and that you have the time and energy necessary to see it through to completion – even on days when your motivation flags. This New Moon could be perfect for taking the initiative, making bold moves and showing courage. Use it to assert your rights, stake your claim and kick start your next project.

Working at its most negative, this Moon could produce posturing behaviour. It’s the big I am, arrogance and know it alls. It’s wanting to win at all costs. There may be fighting talk, inflamed tempers and snappy responses. It’s all heat of the moment stuff. It pays to know which battles are worth fighting.

The Moon is conjunct asteroid Artemis. This Greek Goddess is often depicted as youthful and full of vigour. She also has a strong, hot-headed side to her. She defends the defenceless, watches over children, woman and animals and if anyone dares to touch her, the most likely reply will be an arrow to the chest! Artemis in the presence of this Moon is a ‘shoot first, ask questions later’ energy.

Your own inner warrior may be tested during this Moon. When to attack? When to defend? These may be questions that arise. In fact, with a quiet trine to Pallas on the edge of Capricorn, the long term solution may be in cool-headed negotiation. The challenge is to not let situations escalate.

The Sabian for this Moon is :-

The Music Of The Spheres.

Behind everything is perfection and you play a unique part in this perfection. You have your own song. If things seem discordant around you, look for where your motivations and alliances may be out of line with your sense of personal integrity. The more you tune in with yourself, the less conflict manifests or matters.

There is another interesting story woven into the New Moon chart. Behind all the swagger and noise of the Aries energy is a softer song in the form of a Finger of God.

The yod pattern is formed from a sextile between Mercury and Neptune both quincunx to the North Node. Mercury sextile Neptune is quiet, creative, contemplative. It’s the whisper of intuition. It’s the song of the spheres mentioned in the Sabian symbol. It’s also an aspect denoting compassionate communication. Essentially, it’s about understanding.

The difficulty is, that we don’t always understand where others are coming from and this can create conflict. We may have to adjust our wishes, dreams and desires in order to make room for those of others. Alternatively, it may be about stepping back, listening quietly and allowing the other person to give their side of the story. Mercury in Taurus tends to listen before speaking and is a peaceful communicator. Giving someone a moment to explain or express themselves doesn’t necessarily make them right. You may both be right and both be wrong! Despite the feisty feel of the New Moon, the North Node at the apex of this yod says we still have to all find a way to get along. Healthy competition is one thing and can be a good thing to get you moving. But continuous battle is exhausting and your patience may simply run out.

This has the potential to be a buoyant and energising New Moon. You are a co-creator with life. This is a chance to show what you can do. Use your imagination. The key to making it work for you is to take note that ruler Mars is currently in Taurus. Take it slow and steady. Be practical about what can be achieved. The determination of Mars in Taurus coupled with the creative understanding of Jupiter in Leo could be an inspiring combination that sets your spiritual path ahead alight.

Journal Prompts
How do you defend yourself?
What makes you angry?
How do you express your anger?
Who or what do you protect?
What gets you fired up?
When did you last take a risk?
What do you want to create?