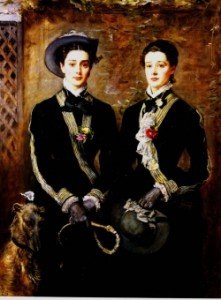 Mercury stations retrograde at 01:49 (UT) on the 19th May 2015 at 13°08′ Gemini. I’ve been feeling the effects since Mercury entered the shadow zone. In fact, around an hour after Mercury shadowed, my wifi connection somehow switched itself off leaving both me and the man on my service providers tech support line completely flummoxed. The solution – turn it off, turn it on again!

With that problem resolved, just a few days later I got hit again around an hour before catching the train for a much needed break away. My boiler suddenly died. My solution there was to turn it off at the mains and leave for my holiday. I’m still awaiting a fix. At the train station I managed to spectacularly drop a tray of food I had just purchased making a loud crash and one of those awkward ‘all eyes on me’ scenarios. Mercury rules the hands. I still don’t know how it managed to slip through my fingers! I did laugh! The train trip was awful but my holiday was wonderful so all’s well that ends well 🙂

But of course we haven’t really started yet…

Typically, Mercury retrograde tends to come with dire warnings – don’t sign this, don’t travel anywhere, don’t buy anything, just don’t do anything until it’s all over! But life isn’t like that. Whether appearing to go backwards or forwards, life down here on planet Earth continues and not every decision can be delayed until the planets are behaving.

But it is wise to take the retrograde period into consideration. Delay if you can. If you can’t, check and re-check the small print, train times and where you put your tickets. Ensure you are as clear as possible in all matters of communication. These guidelines are even more relevant in this particular retrograde because Mercury will be travelling through his own sign of Gemini.

This retrograde period offers you a time to go within to examine your thoughts. How you learn, how you communicate, how you think, what you think you know…Mercury will throw up question after question. Your internal voice may become a chatterbox.

Symbolised by the twins, Castor and Pollux, Gemini represents our own duality. This retrograde period opens up lines of communication to parts of you that have previously been unheard. As Mercury backs up, he will run into Mars on the 27th May. It’s time to identify internal conflicts. They may be overt, they may be subtle but it’s likely they need to aired. When you are busy arguing with yourself, it’s hard to hear whatever else is going on. Internal conflicts have an insidious way of manifesting as lack of motivation, will or desire and often misplaced anger. After all, if you are busy shouting at yourself, anger is an understandable response.

Whilst Mercury will not perfect an opposition again to Saturn, it will spend much of this retrograde in orb of the opposition to the planet of restriction. Delays then are to be expected. It’s possible that if you find yourself caught up in the slow down or tripped up by Mercurial trickery, the universe is asking you to narrow down your choices. Mercury in Gemini is fabulous at skim reading and having multiple options at hand. But sometimes, you just have to choose one direction and read the text in depth to really know what you’re dealing with.

A slippery square between retrograde Mercury and Neptune on the 29th May may seem like a get out clause has suddenly appeared. Maybe you’re tempted to tell someone what they want to hear. Maybe you tell a little white lie to yourself. Perhaps you feel like you’ve lost your voice – literally or metaphorically. Watch where you put your keys and other small but important items too as it can feel like the pixies are playing mind games with you! Where DID I put that?

Maybe your head is full of dreams – the kind where the sky is always blue with fat fluffy clouds scudding merrily along. If the dream is more compelling than the facts to hand, it’s likely this will be popped once Mercury repeats this aspect in forward motion on the 23rd June. Facts and fiction can woven into a compelling story but it’s not the reality. Forewarned is forearmed. The trick to make the best of this aspect is to spend time gathering information and clearing your head so that you can trust your intuitive response. Clarity of thought means you can more easily sense the subtext and subtle communication from the universe.

The inferior conjunction between the Sun and Mercury occurs on the 30th May. Mercury now sits on the throne of the Sun, receiving direction from the source. A window is thrown open and light comes in. The conjunction takes place on the Sabian symbol :-

A Quiver Filled With Arrows

Things are becoming clearer. Maybe your target is becoming clear. But it’s not time to shoot…not yet…A trine from Mercury to the North Node on the 1st June however may give you a sense that finally things are moving in the right direction, even if the outer world has not yet caught up

On the 10th June, Mercury forms a silky sextile to Venus in Leo. This is sweet talk at its best. Perhaps now that you have had some time to think, you are feeling more able to express yourself confidently and clearly. Maybe now you value what you have to say and you are able to listen more carefully to what others have to tell you. Perhaps now that you have resolved internal arguments, you are on good speaking terms with yourself and filled with creative ideas.

Mercury stations direct on the 11th June on the Sabian symbol :-

A Revolutionary Magazine Asking For Action.

So now action is not just suggested but required. But Mercury is still moving slowly. Make sure your eye is firmly set on the target before letting your arrow fly. And don’t try setting off all those arrow at once! Give some time for your first arrow to hit the mark.

If you’ve been feeling like you’re on information overload or you’ve been arguing with yourself over which direction to take or decision to make, this will be the perfect retrograde under which to cross examine your mental processes. Those of you with planets or points around 4 – 13 Gemini are likely to feel this most but we all have an opportunity here to enter into a dialogue with our shadow self.