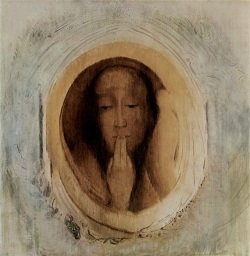 The New Moon in Gemini brings an opportunity to explore the multitude of options available to you. This cerebral sign is drawn to gather information, take part in conversation and pursue idea after idea. Flitting from one topic to another keeps the Gemini mind active and nimble, flexible enough to acquire a large amount of knowledge and connect the dots. Gemini is a sign of basic education, communication, information. It collect and sorts data, gives things names, divides and separates to tell the difference between one thing and another.

The house with Gemini on the cusp is where you need to have a constant flow of mental stimulation and where you seek out information. This is the area of life that makes you think and generates conversation. The New Moon in Gemini generates new information and ideas to work with.

This new Moon is conjunct Mars. There’s a purposeful edge to this Moon but it’s somewhat highly strung in nervy Gemini. To make matters even more challenging is that the Moon, Sun and Mars are all square to Chiron. Maybe there are holes in your thinking. Perhaps you doubt the information you have. Maybe you fear acting on those ideas in case they are rejected out of hand or you wind up hurt. Maybe you’re scared of the impact your decisions will make on others.

Mercury, ruler of this lunation is in an out of sign opposition to Saturn, the latter on the anaretic degree of Scorpio. Mental blocks may prove to be a stumbling point. What’s more is that Mercury is square to asteroid Icarus in Virgo and square to Neptune in Pisces. This gives rise to wishing thinking, fantasising and even escapism. Icarus in this formation is the urge to flee when faced with hard decisions. Icarus would prefer to be anywhere but here. Mercury square Neptune is inclined to tell others what they want to hear just to avoid the flack but this will only generate trust issues further down the line.

The New Moon is opposite Pallas in Sagittarius so there’s resistance in the form of other people’s belief systems and levels of understanding. It’s like everyone is talking at cross purposes and no one wants to negotiate. There may be my way or the highway attitudes going on with Mars’s involvement yet at the same time the urge to slip away unnoticed and unheard. Pallas’s connection puts you on notice that patterns of thought need to be addressed.

The Sabian symbol for this lunation is :-

This is a stark symbol. It’s about bringing things down to their bare bones. What do you really think? Mars in Gemini shouts but the square to Chiron is like shouting yourself hoarse. Mercury square Neptune is a whisper. The frost covered trees and wintry scene bring to mind how snow muffles all sound. It’s the silence that greets you on a cold winter’s morning after a snowstorm. There’s a subtle suggestion here that maybe this is a time to be silent rather than explain your actions.

The Moon sextile’s Juno in Leo. There is an opportunity to form a contract with your heart. Mercury forms a grand trine with Black Moon Lilith conjunct the North Node and Ceres. Sometimes its necessary to allow instinct a free rein and go your own way regardless of what other’s think. Sometimes you have to be your own best friend. Both Chiron and Lilith were rejected and yes, the chances are someone may not agree with your standpoint. Maybe you feel left out in the cold. But if that’s the case, rub your hands together and light a fire. Stand by your choices.