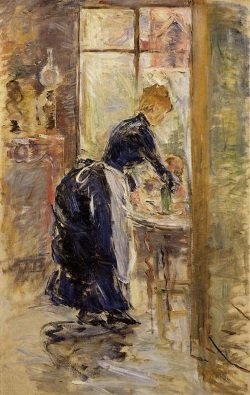 The month begins with Saturn stationing direct in Scorpio on the 2nd August.

Saturn is almost at the end of his journey in Scorpio. There has been a feeling of restraint and delay during these last months whilst Saturn has been retrograde. We have been required to revisit darker issues that finally need to be put to rest. As Saturn turns direct, we can anticipate gaining closure in certain aspects of our lives in order to move on to the next part of the journey. If closure doesn’t come of its own accord, it may be necessary to set it in motion. Yes, it’s been tough but this powerful inner journey has forced us to recognise where we needed to let go in order to mature. Facing those inner demons has perhaps been a frightening task but Saturn is getting ready to show us the gifts of that process. Time to slowly start planning ahead.

Jupiter will expand upon these themes with a square to Saturn on the 3rd August. I find this interesting considering Jupiter is the ruler of Sagittarius, the next sign that Saturn will encounter. It’s like Jupiter is reaching out to Saturn and saying ‘hey, you know you’re going to have you loosen up a bit when you go through my sign don’t you’ but as it’s a square, Saturn is sticking to his guns despite Jupiter’s prodding. I don’t do ‘loose’ says Saturn. “You can think big all you like but unless you do the work, no one’s going anywhere.”

Expansion (Jupiter) and contraction (Saturn) are at odds. To resolve this dilemma, we will need to figure out what is worth working on to benefit future developments and where we may have been inclined to exaggerate potential. Considering Jupiter will be heading on to oppose dreamy Neptune in September, Saturn may actually turn out to be a positive influence, even if you feel like he’s a spanner in the works. For all our optimism, big dreams and desire to ‘live it large’, we still must stay within the bounds of reality which is Saturn’s job.

Venus retrograde joins up with Jupiter in Leo on the 4th August but whilst this combination has potential, it is distinctly lacklustre with both still squaring Saturn (Jupiter square Saturn on 5th August). It smacks of getting what you want but then not being sure if you actually wanted it after all. There’s also a danger of trying to over-compensate in some areas to make up for lack in others. Positively speaking, gratitude for what you have may take the edge of any Saturn grumpiness.

Some stability enters the picture of the 6th August when Mars trines Saturn. Whilst Mars in Cancer defends more than attacks, this cardinal sign tends towards proactive measures. This may be as simple as taking responsibility for any feelings of unhappiness raised by the Venus-Saturn square and initiating changes to create a better emotional support system.

The Last Quarter Moon in Taurus occurs on the 7th August on the Sabian symbol :-

A Head Covered With A Rakish Silk Hat, Muffled Against The Cold, A Man Braves A Storm

This symbol asks how  much we are willing to compromise in order to ensure we have the basics in place. The Moon in Taurus says, this silk hat is hardly keeping out the cold! The Sun in Leo however says yes but it looks tres chic! Compromise really does seem to be the key word during the start of August. What are you willing to lose in order to gain? What are your priorities?

Mercury will step in with some analytical thinking as he enters home territory Virgo also on the 7th August. Practical considerations will be uppermost in our minds so that silk scarf may be ousted for a big woolly hat. Then again, Mars entering Leo on the 8th promotes doing it in style! Mars is far happier in this fiery sign than the watery realms of Cancer, so we are more inclined to go for our goals and exude confidence. In fact, these are pre-requisites if we want to get to where we want to be. As Leo is the sign of pleasure and creativity, this is the perfect time to explore new ways to express yourself and to actively find projects that you enjoy. Look to the house in your chart with Leo on the cusp to see which area of life gets an injection of energy and benefits from a spirited approach.

Mid month is a raft of big shifts as this also herald’s Jupiter’s ingress into Virgo on the 11th August. I will be writing more about this soon. Briefly, jolly Jupiter is all about the big picture. Virgo however is focused on details and getting things just so; at first glance, these two may seem at odds. Jupiter is in detriment in this sign and this combination can evoke a picture of being swamped with admin and just too much to do!

Positively however, with Virgo’s focus on perfecting skills and health, we are looking at self-improvement. What can you do to improve your wellbeing, your skill-set, your job prospects? In this hardworking sign, Jupiter isn’t likely to simply hand over his gifts but we will earn them and feel all the better for it. Look to the house in your chart with Virgo on the cusp to see which area of life is now ready for development and expansion through diligent effort.

This transit has a wonderful giving edge to it. Jupiter loves to see the best in everyone and Virgo wants to help. Hand in hand, they create the archetype of the humble benefactor. It would be nice to think that in the wider world, this transit may bring a kinder vibration.

The New Moon in Leo on the 14th August kick starts this process as it lands on the Sabian symbol :-

A Carrier Pigeon Fulfilling Its Mission

The Moon is also conjunct Venus so whilst there is also a square to Saturn, the focus is on offering the best of what you have. It’s time to set your seed intent from the heart.

The Sun is conjunct Venus in her retrograde cycle on the 15th August. Our Goddess is given a golden crown and becomes the morning star rising ahead of the Sun after this date. Our purpose and core integral values are brought together for review. The spotlight is on love – love for yourself, love for the world. Make love your mission.

The Sun in Leo’s closing square to Saturn in Scorpio on the 21st August in the late degrees brings us up short. Playtime is nearly over and we start to see what still needs to be done with long term plans and projects. We may hit a metaphorical wall or one last test.

With the First Quarter Moon teetering on the anaretic degree of Scorpio on the 22nd August, it’s like one last BOO! from hidden ghosts. The Sabian symbol  of this quarter Moon is :-

The trick with this lunation is to face the ghosts, unveil them and see what lies beneath. You might find it’s not as scary as you thought.

The drama recedes as the Sun moves into Virgo on the 23rd August and catches up with Jupiter on the 26th August. Diligent attention to detail combined with one eye on the big picture will help us to gain the best from this industrious period.

Mercury enters Libra on the 27th August. Communications become fair and responsive to others wishes and needs. Ideally, Mercury in Libra, listens, responds and makes space for other’s ideas and opinions. However, this polite placement has the ability to sweet-talk its way through if necessary. Think politician speak and you get the idea. Oh you think that? Of course yes, I think that too! Mercury in Libra can sometimes be too agreeable. Indecisiveness may also be an issue as we bounce ideas back and forth trying to figure out what we really think because it’s easier to see all sides. Honest discussion however could air truths that need to be discussed diplomatically.

The month ends with potentially burst floodgates as a highly emotional Full Moon in Pisces is conjunct ruler Neptune and opposing Jupiter. Whilst there is a wide square from the Moon to Saturn, even that may not be enough to stop those waters from rising. The Moon is on the Sabian symbol :-

Illumined By A Shaft Of Light, A Large Cross Lies On Rocks Surrounded By Sea

Part of the clean up process of Jupiter in Virgo may involve accepting that which is lost or broken. We are called to grieve for what is gone yet also find the extraordinary spiritual beauty in what we once had. Whilst this may be an emotional high tide, we may also find ourselves lifted on a wave of compassion.