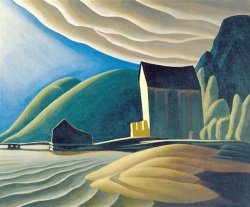 The second Full Moon in a month is considered a Blue Moon. As I look at the chart, it makes me think of icy, untouched places where the pure snow takes on a blueish hue. It’s so bright it makes your eyes hurt. The Moon in this chart is only opposing the Sun, making no other major aspects to the rest of the planets which makes it feel remote and piercingly clear.

Aquarius as an air sign is connected to intellect and mental faculties. Ruled by quirky Uranus who lies on his back, spinning in a different direction to almost all the other planets, the ‘logic’ of Aquarius comes in flashes of pure knowing. Uranus as the higher vibration of Mercury works at lightening speed, so fast that sometimes we just can’t see how they made that connection! Uranus/Aquarius can seem illogical yet its sometimes bizarre notions shake us out of conventional thinking to embrace truly innovative ideas. Aquarius is up there in the stratosphere, way above the clouds, wired into the invisible cosmic network of higher knowledge, lighting up like a giant universal mind.

From this high place, Aquarius can see the big picture. It has ideals and a vision of how things could be, especially when it comes to how society is ordered. It’s aware of how we connect with each other and connect to the world. and knows we can make it even better This progressive thinking is behind the scientist whose ‘crazy’ invention turns out to save lives and behind the rebel activist determined to make a difference.

One interesting configuration I noticed in this chart is that the Sun and Moon are exactly square asteroid Lilith in Scorpio, creating a tense t-square pattern. Asteroid Lilith has a different quality to the Black Moon. Asteroid Lilith has shape, form and substance and I find she tends to give voice to the ghostly essence of Black Moon Lilith. Where Black Moon Lilith is in our charts indicates where we may feel haunted; where we may feel wildly untouchable; where we have raw, chaotic, primal power yet it’s difficult to name. She is felt on an instinctive level. All this is channeled into the position of asteroid Lilith who makes it real and brings it down to earth.

Asteroid Lilith can be an upstart. Black Moon Lilith screams ‘no’. Asteroid Lilith says, this is what I say no to. This is my ‘do not cross line’. She defines the indefinable. She fights for the rights of those who have been oppressed and in many ways has something in common with Uranus. This lunation may provoke outraged reactions if anyone oversteps the mark and threatens our space or way of life. With Lilith being in Scorpio, it may be about what you choose to share with others and what you don’t and also where others may be open or closed about sharing. It may make you highly conscious of the ‘stuff’ that gets in the way of making a real connection that isn’t blinded by difference.

Uranus, ruler of this lunation has recently turned retrograde so this energy is bubbling away inside, rising up like cartoon air bubbles with a bunch of exclamation marks! This Aquarius Moon may ask you to question – where do I fit in?

By its nature, the Moon is emotional but in the sign of Aquarius, there is a detached air. I know this from life long experience with a natal Aquarius Moon. I love deeply and steadfastly (Aquarius is a fixed, loyal sign) yet I am also detached and generally prefer my own company.

With the Aquarius Moon opposite the Leo Sun, we distance ourselves from ego to gain a different perspective of our part in the whole. At this Full Moon, you may ask, who are my friends, my kindred spirits? Who are my tribe? With the Full Moon conjunct Ceres, you may be questioning who in your life really feeds you? Who supports your sense of uniqueness, your crazy ideas? Who cares for your little quirks rather than complains about them?

This Sabian draws me to look at Venus who is about to fall back into Leo just a few hours after the Full Moon. Perhaps there is something here about being willing to embrace your individuality. Free yourself from how things ‘should’ be. Saturn as old ruler of Aquarius can represent the conventional side of this unconventional sign! Saturn’s relationship to Aquarius often makes me think of what we do in order to ‘fit in’ with others. The gowned figures may be beautiful, but they aren’t real. Venus retrograde in Leo will make us even clearer about what is real and what’s an act. It’s about learning you really don’t have to please all of the people, all of the time. It’s about knowing what within you is untouchable. Your difference is divine.

With Uranus retrograde, all this energy is taken inwards. It’s an internal shake up deliberately aimed at making space for you to be you. Even with the tension of Lilith in this chart, it still feels like this is a breakthrough. Your sudden insights and flashes of intuition may shock you to the core but once your eyes have adjusted to the brilliant light, things may begin to fall in place. The key is to embody and embrace these feelings initially. With Uranus retrograde and Lilith involved maybe now isn’t the time to change everything.

But it is time to know you can when the time is right and that change really is possible.