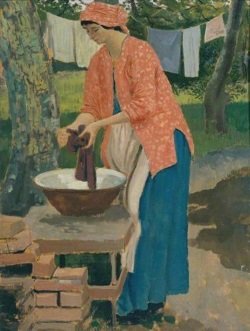 Jupiter enters Virgo at 11:11 on the 11th August 2015. Whilst of course the time and even date may be different depending on where you live on the globe, I cannot ignore the significance of the repeated number 11. As one of the Master numbers, many people connect 11:11 to angelic vibrations.

And this is interesting considering Virgo is the opposite sign to spiritual Pisces and Jupiter is the old ruler of Pisces. One of the characteristics most often attributed to Virgo is its desire for perfection. Ughh, they are just so Virgo, wanting everything to be neat and tidy all the time. We hear the moans and of course this is just a stereotype just as all the signs are typified from time to time. But there is a grain of truth in it because Virgo is the embodiment of the perfection of Pisces. Virgo understands at a deep level, the perfection of source, the cosmic order and seeks to re-create this here on Earth in human form. Herein lies the difficulty for those who have very strong Virgo working for them in the chart because ‘less than perfect’ can be so noticeable, so deeply unacceptable that out comes the criticism, more often than not squarely aimed at themselves.

Jupiter as co-ruler of Pisces, isn’t entirely comfortable in Virgo. It’s the sign of its detriment, considered debilitated and ill at ease. But in many ways, I think there are some bountiful blessings to this transit. Back when I wrote the 2015 yearly update, I noted both Jupiter and the Node’s movement into Virgo. The Nodes post will come later but all this Virgo energy made me think of the clean up crew after the mess of the Uranus-Pluto square! Jupiter in Virgo will show us the positives of putting our lives back in order and encourage each of us to take care of ourselves better. Having already made a sparkling trine to Uranus whilst travelling through Leo, Jupiter will go on to trine Pluto. It’s like Jupiter is picking up after both of them, dusting them off after their long battle and cleaning them up ready to make the very best of whatever happened.

Bearing in mind Jupiter likes to be right and Virgo likes to dot every ‘i’ and cross every ‘t’, there is a danger of some being highly critical of others methods and falling into holier than thou territory. With an emphasis on mutable signs in the chart for the next year with Saturn in Sagittarius, Jupiter in Virgo and Neptune and Chiron both in Pisces, flexibility will be key.

Those of you who are Virgo Sun signs or Virgo Rising or natal Jupiter in Virgo are likely to see some expansive opportunities opening up ahead. But as Jupiter is generous, we all get a slice of the jovial pie. Look to the house with Virgo on the cusp to see which area of life is ripe for development. Here you are being asked to hone your skills, broaden your knowledge, improve your methods. We will need to work for the gifts that Jupiter brings but mostly likely enjoy earning them. Look also to the house with Sagittarius on the cusp to see where benefits may come as a result of what you learn during this time.

After Jupiter’s jaunt through Leo, the focus is on cleaning up our act so to speak. It’s easy to put on a front with Jupiter in Leo – to blag it as we say up North in England! In other words; act the part, fake it til you make it and all that jazz. Not so in Virgo. This is where it gets real. You either have the skills or your don’t with this sign but Jupiter is likely to trigger a positive response towards the joy of learning. After all, Mercury is the ruler of Virgo. Open your mind. Think like an apprentice learning from a master. Be humble and allow yourself to be corrected. Accept where your knowledge or skill is lacking and be joyful in your studies and practice. Jupiter in Virgo invites us to practice what we preach.

One phrase comes to me again and again – self improvement. It’s the perfect time to start a process of personal development, a new exercise regime or diet. Managing this transit will be about managing the art of keeping one eye on the little picture and the other eye on the big picture. Small actions can have a big effect. Think ‘cumulative’.

The spirit of service may well be strong during the next year. It would be nice to think that on a mundane level this could encourage a little more kindness, a little more help for those who are in need rather than passing the buck. In our own lives, charitable work or simply being conscious of our carbon footprint or how what we do affects others may help that ripple effect to become a tide of positive improvements globally as well as locally.

Jupiter will create supportive trines to Pluto on the 11th October 2015, 16th March 2016, and the 26th June 2016. These two planets together are sometimes linked to the concept of ‘wealth’. Perhaps this is a quiet nod towards a more generous sharing of available funds.

In your own chart, Jupiter’s expansion will support  and compliment the affairs of the house where Pluto is transiting, encouraging positive transformative experiences.

Probably the most challenging side of this Jupiter in Virgo transit comes right at the beginning with a one hit wonder opposition between Jupiter and Neptune. This nebulous transit has a tricky side to it. It’s full of wonder, almost starry eyed. It’s like a giant helium balloon floating up to the heavens. At the beginning of this transit we may be full of hopes and dreams, tripping on the feel good vibes, saying yes to anything the ‘master’ says like a good disciple because we know it’s going to benefit someone somewhere and hopefully clear and cleanse our sullied souls too. False modesty, delusion and falling foul of a sob story are all possible under the more negative manifestations of this aspect.

Jupiter could exaggerate Neptune escapist vibes, floating us away to cloud cuckoo land before the work has really been done. Dreaming of doing the work and actually doing the work are two very different things. It’s possible that inner faith and self believe can be sapped during this transit. Big dreams suddenly fizzle out as you realise you aren’t prepared but maybe this needs to happen so that you know exactly what needs to be done during the next year.

All that said, we will have a little restraint from an out of sign square to Saturn so if we can anchor ourselves in reality, it’s possible to turn this floaty start to Jupiter in Virgo onto something of substance. Most likely the biggest test will come when Jupiter retrograde squares Saturn for the second time next March. Dream big, visualise where you would like to go, then get down to the hard work of making it happen. Revise and refine until you find a Godly mix that works best for you.