As I am now posting the monthly forecast in written form here on the blog, I’m going to be making some special focus videos on Youtube on various topics in astrology and tarot and also some on working with dreams as this is an area I’m very passionate about. I’d also like to make some Q + A videos, so if you if you have general questions about learning astrology, tarot or related spiritual topics then feel free to ask in the comments and if it’s in the realm of my experience I will put it on the list of videos to make. If you have more personal questions about your chart or what’s going on in your life, this would require a personal reading – please check the readings I offer here

So, on to Saturn in Sagittarius… 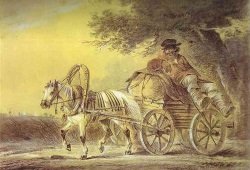 Saturn first visited Sagittarius between December 2014 and March 2015 but went back into Scorpio by retrograde motion to finish off his mission there. Whilst Saturn has been in Scorpio, we have been asked to go within – to dig down into our past, to unearth truths, sometimes dirty, difficult truths that we didn’t want to face but Saturn as planet of harsh reality has not allowed us to leave any stone unturned. It’s been a journey into darkness and as Scorpio is a water sign, this has been an intense and emotional time for many of us. It’s perhaps brought us to crises and critical junctures as we released the past and eliminated unhealthy or toxic people, situations and attitudes that were holding us pack from our personal growth. Saturn’s revisit to Scorpio by retrograde motion, has provided us with one last chance to release the baggage of the past in order to clear the way for the journey ahead.

And now on the 18th September 2015, Saturn will return to Sagittarius, to begin its journey proper so to speak. Saturn has got his boarding card, sorted out his baggage allowance and he’s ready to go – but the question is, where is he going? What’s the destination?

As we emerge from the crises and darkness of Scorpio, after death, endings, closure, elimination, introspection and facing the brutal truth – Saturn in Sagittarius begins a whole new chapter where we start to look outwards instead of inwards. We start to envisage the future instead of rake over the past. And we begin to look for meaning and understanding after all that we have been through. Sagittarius is the sign of the great storyteller. Maybe Saturn in Scorpio gave you some twists in the tale, mystery and suspense. Maybe it was a horror story from start to finish. Saturn in Sagittarius will ask you to tell that story but to reframe it as you gain distance on it. It will help you to get to grips with what happened and why. The stories we tell ourselves are important because often they dictate how we envisage the future. What stories are you telling yourself over and over? Do they help or hinder your progress?

Saturn’s ingress into Sagittarius is a significant shift in cosmic energy, it moves us up a grade in our learning process and therefore there are new challenges, new tests, new things to learn. Saturn will remain in Sagittarius until 20th December 2017 so we have time to assimilate these lessons. Typically, wherever Saturn is moving in your chart, he tends to slow down that area of life. When things move in slow motion, we have the chance to really see everything that is going on. Often when there are Saturn delays, we can get frustrated but in retrospect, it’s much easier to see why we were being held back. The gifts of Saturn too are often delayed. With Saturn, we have to get into thinking about things in the long term, not the short term.

Sagittarius is the last of the fire signs, ruled by expansive Jupiter. Sagittarius is all about broadening your understanding and experience of the world. Like fire, Sagittarius is always on the move, crackling with enthusiasm and brought alive by the promise of adventure. Restrictive, cautious Saturn however will rein in some of this vital energy. Sagittarius is symbolised by a centaur (half man, half horse) with a bow and arrow aimed at the sky. Saturn’s presence in Sagittarius will ask us to focus our aim so that we can hit the bull’s eye rather than firing arrows willy nilly at whatever looks exciting at the time which can be the downfall of Sagittarius.

Saturn in Sagittarius asks what ideas, hopes, dreams, and goals do you have that can really go the distance? He will require that you define you aims clearly. Maybe this will mean that you will have to narrow your choices which may feel frustrating, even frightening. Having choices can feel like having a great deal of freedom but sometimes too many choices creates its own kind of procrastination as we jump from one idea to another, never seeing any through to the end. Saturn in Sagittarius will ask us to choose so that we can focus on not only starting a journey but actually arrive at the destination. Rather than going everywhere, Saturn insist that we go somewhere – to name that place. Saturn will ask us to choose projects that have the ability to go the distance. Sagittarius is the sign of the visionary. Saturn will ask you to crystallise your vision and define exactly what you want.

Sagittarius is associated with overseas travel, different cultures, religion, education, philosophy, law, all topics that push us to expand our minds. Saturn’s passage here is rather like sitting in class with a great professor: there’s a great deal to learn but you will have to do the work. You will have to read the difficult books  – no skim reading or cliff notes allowed. We will need to really learn and wrap our heads around challenging concepts. We will have to walk the talk. It’s possible you may find your beliefs about the world and about yourself challenged during this time. This transit may be test of faith.

It’s interesting that during the first half of this transit, Jupiter will be moving through Virgo which is about practising what you preach. In order to practice what we preach, we need to really know what we believe. It feels as though during the first half of this transit, there may be a lot of questions being asked about how are your beliefs working for you? Limiting beliefs in particular will be brought up during this time. It may be helpful to think about where you tell yourself ‘I can’t do that’ or I never do this’ because these are the very things that will be put the test during Saturn’s passage through Sagittarius. During the first half of Saturn in Sagittarius there will be an emphasis on mutable signs as Jupiter and the Nodes will be in Virgo and Neptune and Chiron are still in Pisces. This mutable overtone to the chart suggests that this is a time of flux and change – we will need to be flexible as well as consistent.

Sagittarius is about having a big vision. Saturn says, it’s OK to have a vision, but is it real, is it possible? During this transit, Saturn will square Neptune in Pisces three times on the 26th November 2015, 18th June 2016 and 10th September 2016.

Neptune is spiritual and compassionate and also a bit of a dreamer. Neptune’s idealism will be challenged by Saturn’s square. If we are looking at the world through rose coloured spectacles, Saturn will remove those glasses in no uncertain terms and stick on a pair of bifocals so you can clearly see the reality of both the big and little picture. This Saturnian energy won’t allow us to escape into dreams of what could be without doing anything to bring that vision into reality and it won’t let us get away with completely unrealistic fantasies that have no substance in the real world. Saturn square Neptune will ask – are you a dreamer or a doer? It may feel painful with this sharp square but it’s absolutely necessary because Saturn knows that you are and we as humankind, capable of great things but we have to start at the beginning, we have to be clear, we have to do something to make it happen and we have to be willing to deepen our knowledge, really focus and put the hours in. Saturn in Sagittarius square to Neptune will ask you to commit to your dream or let it go. It may have a quality of now or never to it. The clearer we are about where we are, the easier it is to define where we are going. In fact, Saturn square to Neptune may well manifest like an SOS smoke signal. If you are feeling lost (that’s Neptune) the Saturn square could help you to figure out where you are. You might not like it when you realise where you are on the map but at least you can now find your way back to the main road!

All transits of Saturn bring up an element of responsibility and accountability. Saturn’s transit through Sagittarius will very much bring home to us that our future relies upon what we do in the present. We’ll need to get serious about educating ourselves. We will need to use our time constructively and productively as we slowly move into unfamiliar territory. Going somewhere new metaphorically speaking can be exciting but it can also bring up fears which are the realm of Saturn. Saturn’s icy rings are barriers to the inner planet. We will be asked to adjust our own barriers and boundaries so that they work for us rather than against us.

Although we will have the tense square between Saturn and Neptune in the first half of Saturn in Sagittarius, during the second half, we will have Saturn trine to Uranus. These trines will occur on the 25th December 2016, 19th May 2017 and the 11th November 2017. It’s almost as if the skies say, once we have got rid of what isn’t possible and exorcised self defeating behaviours stemming from limiting beliefs, then, we can begin working on the real changes. With a clear vision and a mission statement that is aligned with our authentic self, we awaken to the thrill of an adventure.

This transit may be rite of passage or a trial by fire but by the end, we have the potential to have achieved more than we ever dreamed possible. Saturn in Sagittarius is your chance to put yourself on the map.