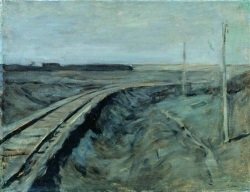 As the month begins, Mercury has entered the shadow zone for the upcoming retrograde so there is already a sense of a slow-down beginning. Still, make the most of the 1st September when a dreamy opposition between the Sun and Neptune combines with a Venus-Mars conjunction which evokes a rather romantic if sometimes confusing vibe. It may be lovely for snuggles with a current partner but in problem relationships, there may be a tendency to fall into unconscious projection patterns and/or there could be a danger of fantasising and searching for escape roots rather than dealing with the reality.

The Last Quarter Moon in Gemini on the 5th September occurs on the Sabian symbol :-

With the Sun in Virgo, we may be very conscious of our technique, dexterity or skill but the symbol reminds us to present what we know to the best of our ability. Perfectionist attitudes can take away from our performance. Let your abilities speak for themselves.

Venus stations direct in Leo on the 6th September. During the last six weeks or so we have been on a journey investigating our self-worth, relationships and looking at what we truly value. The station of Venus asks us to begin to put these insights into practice. Following on from the Last Quarter Moon, it’s almost like the round of applause after a fabulous performance. Praise your efforts towards self-love.

Eclipse season kicks of with a Solar eclipse in Virgo on the 13th September. The eclipse will raise issues of healing and woundedness as Chiron closely opposes the eclipse degree. A quincunx to Uranus may make us aware of irritating issues that are like a thorn in the side and need to be dealt with once and for all. Victim-saviour dynamics may be brought into focus because along with Chiron’s opposition to the eclipse, we also have the bulging opposition between Jupiter and Neptune which perfects on the 17th September. In fact, as I looked at the chart, I have Janet Jackson 80’s song ‘What Have You Done For Me Lately’ suddenly playing loudly in my head. Jupiter opposite Neptune can be ultra compassionate and ultra giving but it’s also liable to go overboard. We want to help everyone. We want to do everything. Dreams are glorious, technicolour visions which could become massive works of art or simply descend back into the cosmic soup from whence they came. There’s a bunch of expectation and unrealistic fantasies floating around here and caution is needed. Used at its best, this could be an inspirational influence prompting great acts of kindness, spiritual advancement or creative works.

Mercury stations retrograde in Libra also on the 17th September. During the next three weeks, we will be invited to listen – listen to our partner; listen to those important significant others in our lives; listen to our own inner voice. Mercury retrograde in Libra asks that we absorb the messages around us before reacting and to think about how we relate. It’s possible that you may find yourself considering matters of inequality and unfairness. Old conversations could come to mind that need to be reviewed, especially those that may have occurred around the Lunar Eclipse in April. Decisions may be unduly difficult as you weigh up pros and cons. Take the necessary time to think everything through.

Saturn enters Sagittarius on the 18th September marking a major cosmic shift. I’ve made a video exploring this transit here along with a transcript for those of you who prefer to read rather than watch. Suffice is to say however that Saturn will ask us to make careful choices when it comes to future aims. Saturn will be asking us to crystallise our vision. Under Saturn in Sagittarius, we all become students of life, prompted to extend and deepen our knowledge and define what we really believe. Saturn in Sagittarius may well be a test of faith.

The First Quarter Moon in Sagittarius on the 21st September lands on the Sabian symbol :-

With the Sun in conscientious Virgo, this Sabian smacks of keeping up appearances. The boy seems to have everything yet the weight he carries suggests a loss of self connection. The mowing of the lawn indicates a need to keep nature under control, a fear of the wild taking over, a fear of being judged. Sometimes we hold back our inspiration and enthusiasm for fear of what others may say or think. Often those fears reveal our own judgemental attitudes that hide in the shadows. On the outside, this house may look like all the others with it’s pristine garden and white picket fence but inside the house may be an entirely different matter.  This Quarter Moon asks us to look at where we may be trying to be like everyone else at the expense of our own inner fire.

The Sun moves into Libra heralding the Autumn Equinox in the northern hemisphere on the 23rd September. The scales are balanced and it’s time for us to look back over year so far and weigh up how much we have achieved. With the Libra Sun conjunct the North Node in the ingress chart, there is also a strong sense of a karmic reset and perhaps a conscious reorientation if we feel like we have slipped from our main mission.

Mars enters Virgo on the 25th September prompting a strong work ethic during this two month transit. We are passionate about details when Mars is in Virgo and sometimes frustrated by them. Watch for short-tempered exchanges with co-workers or colleagues. Whilst Virgo’s ruler Mercury back steps, Mars may push us to focus on the day to day chores in an effort to metaphorically work through inner problems. ‘Tidy desk, tidy mind’ could become the motto of this transit, especially as Pluto stations direct on the same date. Eliminate to assimilate.

Challenges arise however as Mars squares up to Saturn on the 26th September and then begins to form a t-square as it moves towards an opposition with Neptune. This t-square pattern will be in effect through to the end of the month. Mars square to Saturn may feel like being forced to slow down but considering the waning Jupiter opposite Neptune, a slow down may be just what we need! The old adage ‘what you resist, persists’ applies here. Be conscious of when it’s time to push and when it’s time to back off. Allow time for delays. The t-square may require us to drop our guard in order to get to the real problem.

The month closes with the final eclipse of the year with a Lunar eclipse in Aries on the 28th September. This eclipse is particularly challenged as it is conjunct the South Node and opposite Juno, Black Moon Lilith and Mercury. The Sabian symbol of the eclipse is :-

With Lilith’s involvement, it’s possible this eclipse could raise issues around triangular relationships where three is definitely a crowd. Alternatively, on in inner level, this could reveal the nature of unwritten contracts we have with those around us, especially as Mercury is still running retrograde through Libra. The Sabian symbol asks us to rise above the judgements and expectations we have, to examine the unwritten rules we make for ourselves and others. Under this influence of this eclipse, we may find ourselves reassessing the subtle agreements we have made that are no longer working for us. A trine from Saturn, newly ingressed in Sagittarius advocates unravelling limiting beliefs that may have kept you in a holding pattern.

All in all, this month is like embarking on a journey – there may be some delays, surprises and revelations. Unrealistic expectations are likely to be high on the agenda. It may feel like sitting at a crossroads wondering whether to go left or right when each looks as enticing as the other. Take your time before you choose because it’s a long road ahead either way.

Lastly, for those of you who haven’t heard already via Facebook, I am proud to announce that I am now writing the forecast for The Mountain Astrologer magazine on bi-issue basis. My first forecast for the October-November 2015 edition is out now. Do check out the magazine if you haven’t seen it already. It’s fantastic for both students of astrology and professional practitioners.
The Mountain Astrologer website