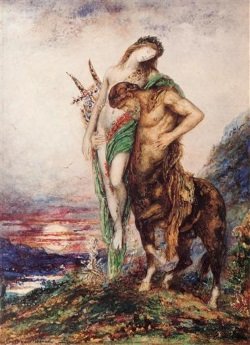 This partial eclipse will be visible only from South Africa, Antarctica and places in the Indian and Atlantic ocean. The eclipse belongs to Saros cycle 125 which began way back in the year 1060. Bernadette Brady describes this eclipse series as “…one of physical concern, as well as worry or obsessive thinking” p.334 Predictive Astrology: The Eagle and the Lark

Brady’s interpretation of this Saros comes from an analysis of the initiating eclipse in the series however with Chiron opposing this eclipse, it does raise issues regarding to health as well as general ‘woundedness’.

At a solar eclipse the Sun’s light is shrouded as the Moon crosses between the Earth and Sun. The Solar principle, consciousness slips from view and the shadows of the unconscious are revealed. Sometimes these are welcome interludes where we suddenly understand something; at other times something dark comes to light that we may not want to see. Either way, the process is a necessary one. Solar eclipses have a way of showing us what we need to know, not necessarily what we want to know. At eclipse time, we bypass the ego and go straight to the source.

This Virgo eclipse is an amped up New Moon so all Virgoan attributes are accentuated. Virgo is associated with details, hard work, service and health. The challenge with this sign is that sometimes Virgo worries – and worries and worries. Virgo can worry itself into a nervous wreck, especially with the eclipse quincunx Uranus and opposite Chiron. Ruler of the eclipse Mercury is also opposite Uranus making this chart wired with nervous energy.

Where Virgo is in your chart may indicate the area of life where you are inclined to worry needlessly, where you may be so caught up in the details that you can’t see the wood for the trees. The problem with worrying is that it takes up so much energy and at its worst can become anxiety (Uranus). Excessive worrying can eventually manifest in physical health issues and analysis paralysis. Worrying over problems, whether large or small invariably doesn’t change them (and I’m talking to myself here too as I am one of those chronic worriers!). Mild worrying may serve a purpose in that it encourages us to look for solutions but unless we act on those, the worrying becomes a pointless exercise. A wide trine from the eclipse to Pluto reminds us gently to focus on those aspects of life where we do have control and where we can make an impact. Worrying over what you can’t change is a sure fire route to a world of pain. Give yourself a break. The quincunx to Uranus requests that we get to grips with those things that have been a thorn in the side for too long.

This is about teamwork. Are you on your own side? Do you have a support system in place?

The eclipse is conjunct asteroid Isis. In mythology, Isis travelled the globe searching for the missing pieces of her husband who had been torn apart by his jealous brother. It’s possible that this eclipse may reveal something is ‘missing’ or something you thought was there, isn’t available. However at the same time, Isis is there to help you locate those missing pieces. It’s about paying attention to the details; refining your approach; learning the correct skills; using the correct amount of force and most of all knowing that you don’t have to be or have everything perfect. The eclipse chart contains the overblown, upcoming Jupiter-Neptune opposition so there’s a danger of defaulting into lala land or alternatively slipping into a puddle of ‘woe is me’, limping alongside Chiron. Neither is productive and Virgo…well, she likes to be doing something so give her something to do.

As this is a New Moon, set the seeds of positive intention by making a small move towards whatever it is you are working on or is worrying you. Whether it’s ringing the bank; signing up at the gym; tackling an untidy closet; booking a shiatsu massage; reorganising chores or learning to meditate, these small practical steps are all tiny pieces of the bigger puzzle. The more you put things in place, the more the grand picture begins to be revealed.

There may be painful revelations around this eclipse but much like a boil that needs to be lanced, sometimes it’s necessary in order to begin healing. Perhaps something arises that makes things feel messy or unveils a weakness. Don’t be afraid to reach out for support if you need it. Chiron is the symbol of healers, teachers and mentors. The key in all cases is to work with it rather than worry about it.

As it’s Solar Eclipse time, I will be drawing the winner for a free audio reading from my mailing list on the 13th September. If you are already subscribed to my blog, please keep an eye on your inbox. If you aren’t already on it, you can subscribe using the form on the top left of the page. 🙂