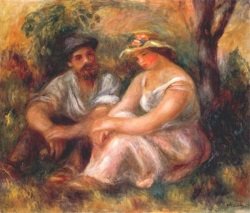 The New Moon in Libra occurs at 00:05 on the 13th October 2015 at 19°Lib20. After eclipse season, Mercury retrograde and Venus retrograde, it’s time to refocus and find our centre. The New Moon in Libra generally focuses on areas to do with relationships – how we interact with others and what we project. In the outer world, Libra is the sign that reminds is to be nice, to be acceptable, to follow the rules of social engagement. Libra is what helps us to compromise and cooperate with each other and to seek agreement. Under Libra, we want to be loved. We are driven to relate and to find our outer world partner to compliment our inner self. In our internal world, Libra is about finding our inner other half (the anima or animus), and maintaining poise and balance. Harmony within ourselves makes for better relationships all round.

The shadow side of Libra is that sometimes we compromise too far, we agree to avoid argument, we act against our better judgement in order to gain the acceptance of someone else. In worst case scenario’s Libra is where we become co-dependent.

The New Moon will bring all this issues to light as it closely opposes freedom loving Uranus. This erratic and unpredictable planet may manifest as shocks or surprises – things happening out of the blue that tips the balance off centre just to see if you can make your way back to equilibrium. In relationships, there may be issues if one person requires space, distance or decides to separate. Inside we may be tying ourselves up in knots as part of us tries to keep life on an even keel but another part knows that change is necessary. The New Moon is widely square to Pluto so there is a compulsion to eliminate whatever it is that’s causing a disturbance.

Meanwhile, Venus, ruler of this lunation, is still in a square to Saturn so deep down there are issues of self worth and self love to address. We may feel denied or even in denial as Venus also opposes slippery Neptune. Whilst we may not want to acknowledge what is wrong, the instability of Uranus along with a painfully quincunxed Chiron means that we can’t avoid dealing with it.

Whilst all this may sound rather stressful, essentially the question being asked is – are you being yourself? Uranus is the planet of individuality and uniqueness. if we can’t be ourselves with the ones we love – what then? When can we be the vibrant, powerful, independent, loving soul that we are on the inside? Issues of dependence and independence are a major theme for this lunation.

Uranus may shake things up but his action shows where things need to be shaken up. He rattles the chains that Saturn bound us with, breaks them off and says ‘you’re free now‘. But Uranus only does this when he sees that you’ve stopped growing, when you’ve stopped allowing change into your life.

Maybe there is a decision to be made but you’re dithering because you can’t see the future (Uranus) – you can’t predict the outcome so it feels scary (Pluto) and the romance (Venus opposite Neptune) may be better than the reality (Venus square Saturn). Perhaps deep down, you don’t feel good enough.

A Rabbi Performing His Duties

This symbol is concerned with living your principles faithfully. It’s about about putting what you believe into practice – somewhat reminiscent of Jupiter’s transit through Virgo! This degree is about living your truth. We have a duty to be ourselves because otherwise we’re just echoes.

The deeper elements to this symbol raise questions such as :-
Is the rabbi performing his duties by rote?
Does he really believe?
Who is the man behind the cloth?

In many ways we all wear certain ‘costumes’ when we are with others. In relationships we can slip into acting in a certain ways because it’s what’s expected of us or what we think the other person wants. Relationships can become perfunctory – we always make love on a Sunday afternoon, we always have date night on Tuesday, I wash up, he/she always dries. And sometimes these rituals are a magical and glorious part of our relationship and sometimes they are just because we always do that…

We often talk about ‘mid life crises’. Perhaps one partner is having their Uranus opposition transit. Suddenly they behave differently and their other half starts to panic but really all the Uranus person is doing is questioning and asserting their individuality; finding the pieces of themselves that they hid away perhaps because they thought they weren’t ‘acceptable’.

This New Moon may be a tipping point because in truth, things have been off balance for a while. If you can go with it, separate out who you are compared to everyone else, there lies the road back to inner harmony. Ultimately Uranus is the awakener. Cut the cords of dependency. Make a fresh start.