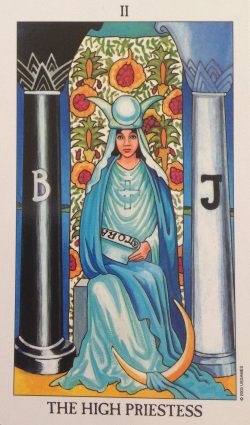 It sounds like thunder outside but it isn’t. Taking my headphones off I realise it’s the sound coming from a building site nearby, the reverberating crash of a demolition ball. Somehow it’s fitting with Pluto, ruler of Scorpio, travelling through structural Capricorn. Scorpio reminds us that all this will end, death happens, change occurs, none of which we can avoid.

Scorpio is related to darkness, to the unknown. Scorpio is where we seek to know the truth yet also often fear what we find. Scorpio is the energy that drives us to reveal all that we are – through sex, through nakedness through the ravages of life stripping away whatever is on the surface until we are reduced to whatever is essential and no more. Scorpio doesn’t truck with denial and relentlessly pursues what is taboo and mysterious. Scorpio is where we desire control and where we learn to relinquish control. The desire nature of Scorpio is strong but ultimately, the spiritual quest of Scorpio is to understand these deep and powerful motivations, to face the inner shadow – to feel intensely without being ruled by those emotions. The house with Scorpio on the cusp in your chart shows the area of life which can arouse compulsion, control, passion. It’s where you may have secrets; where you die and are reborn and ultimately where you can be transformed by your unrelenting pursuit of the truth within.

The New Moon in Scorpio is a time to plant seeds deep enough so that they can establish strong roots to develop in the future. You’ve got to dig down into the dark to do it though. The house in which this lunation occurs shows where you’ve got to be willing to get underneath the psychological stuff in order to create a fresh start. If you don’t go deep enough, if you skim the surface, those seeds will have nothing to hold onto in the future. It’s time to sit with your shame, fear, the need to control and any other crisis you are experiencing, get to the bottom of it and then let it go.

And none of this is a bad thing, in fact it’s extraordinarily empowering. The Moon itself is sextile Jupiter so we have an opportunity to find the truth and believe it as well as understand what we find. Jupiter also has the capacity to expand the intensity of this Moon, even with this soft aspect. A quincunx to Uranus might mean we are uncomfortable with the changes that are necessary but at the same time can enthuse us with excitement. Uranus is almost like a touchlight to a bomb within. It makes this Moon reactive and reacting to fear is the main problem but if we are able to embrace the fear, then we have more of a chance to respond appropriately and make any necessary changes.

The Moon creates a yod pattern in the chart (the Moon and Sun sextile to Jupiter and all are forming quincunxes to Uranus). A yod typically has a restless feeling about it. Yods can manifest as insecurity, a feeling of being damned if you do and damned if you don’t. The only way forward is to go with it so that you can gain a different perspective (Uranus). Uranus points out that things are being shaken or turned on their head precisely because we need to look at things differently. Uranus can also represent the sense of surprise or shock experienced when hidden unconscious material suddenly rises up to the surface of our conscious minds.

Pluto is sextile to Mercury and Mercury is also conjunct the New Moon so our powers of perception are running high. This is an invitation to enter into a dialogue with hidden aspects of yourself. Along with this, the Moon’s trine to Chiron shows the healing potential available. With the Moon also conjunct Mercury, when it comes to matters of health, knowledge is power. If you have been experiencing health problems, this may be the time to begin your own research so that you can be properly informed rather than relying on the opinions of others.

This symbol captures the traditional image of the High Priestess in the tarot who sits in front of a pomegranate decorated tapestry curtain. Behind the curtain we have a tantalising glimpse of what lies behind – the sea of the unconscious, the greater mysteries that only the initiated can witness. The fact that this Sabian shows the woman (the High Priestess) drawing away the curtains suggests that now it’s time to be initiated into these mysteries. It’s like meeting the witch Goddess Hekate at the crossroads. It’s time to go deeper, to the next level. In readings, the High Priestess is the classic card that appears to say ‘listen to your intuition’, but it’s difficult to trust your intuition when fears are riding high. Facing your fears means being able to access deep knowledge.

The New Moon is also conjunct the asteroid Moira. In mythology, Moira relates to the ‘Fates’. The name means “…a portion or lot of the whole, and is related to meros, “part, lot” and moros, “fate, doom” (Wikipedia). This New Moon offers you an opportunity to get to know your ‘fate’.

Fate is your karmic potential, the lessons you decided to learn before entering this life, the circumstances you prearranged for your soul’s growth. Whilst it may sometimes feel like life is yanking you around by the proverbials, these are precisely the times that let you know that a karmic pattern is in play. The more you fight against what is not under your control, the more you feel at the mercy of fate. Turn your attention back to yourself. This is a time to make a hero’s quest to the underworld. Connect with your inner High Priestess. Take a good look at your unconscious mind and prepare to go deep psyche diving. Beyond the monstrous slippery shadows of your fears, a pearl of power awaits at the bottom of the ocean.

Those with planets or points around 18 – 21 degrees of the fixed signs (Taurus, Leo, Scorpio, Aquarius) will feel this Moon’s influence most.

Illustration – The High Priestess from the Radiant Rider Waite deck