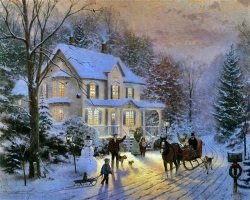 December begins with the Last Quarter Moon in Virgo square to the Sun in Sagittarius on the 3rd December. Emotionally we are caught up in work, details and duties but probably longing to be let of the lead so we can run wild and free. With the expansive Sagittarius influence calling, it may seem even harder to sit at your desk and diligently work through the pile of paperwork. Somehow we need to create space and meaning so that we don’t become overly critical of day to day necessities.

What we wish for is brought into being. The Virgo Moon however gently reminds us that what we wish for we have to work on. We have to take practical steps, gain skills, become organised and leave space for those things that we want to bring into our lives. Use this lunation to consider what it is you aspire to and take one action towards manifesting it in your life.

Venus enters Scorpio on the 5th December. Love and money issues take on a new intensity after Venus’s ultra charming stroll through pleasant Libra. Venus in Scorpio is sultry, secretive and determined to get her way. But Venus is in detriment in the sign of Scorpio as she rules opposite sign Taurus. As Venus can symbolise issues connected to self esteem, her journey through Scorpio can bring out the worst in us when we feel insecure. Shadow material around whether we feel loved can bubble up from the depths. Insecurity breeds jealously and manipulating scenarios which can kill love dead. During this time focus on depth of feeling, honest connection and deep self love.

The early month intensity continues as Mars in Libra moves in to square Pluto on the 6th December. When these two get together in a square we have a simmering, blooding, volcano of an aspect that can potentially be destructive. Squares invite action and Mars himself wants to DO something but running into Pluto, we may feel like whatever we do, we have no control or that whatever we are acting against has more power than we do. These feelings can inflame the situation, pushing us towards extreme actions that result in kickback of equal force. The trick with this aspect is to take a deep breath and remember that Mars is in Libra. Motivate yourself to work towards agreements. If forces are too strong to push against, don’t waste your energy and keep pushing. Take action on what can be changed instead.

Our thoughts turn to serious matters as Mercury moves into Capricorn on the 10th December. Getting down to practicalities helps us to organise our thoughts effectively. If you feel mentally weighed down by responsibilities, now is the time to focus on the priorities and delegate if you can. Choose your words carefully. Less is more under Capricorn. This is the perfect time to plan a path to success whether for business or personal goals.

Martian volatility continues as our cosmic warrior storms in to oppose Uranus on the 11th December. Whilst the Uranus-Pluto square is waning, Mars is still in orb of the square to warring Pluto still so this is likely to manifest as continuing repercussions we have seen on a world wide scale. As I write, MP’s in Britain are debating whether to begin bombing Syria with a yes vote probably expected by the end of the day, making a bad situation no doubt infinitely worse.

Mars opposite Uranus tends to manifest as abrupt action. Continuing with the brooding volcano analogy, Uranus could see the this volcano erupt in a burst of explosive energy. In our personal lives, we must think clearly and carefully before taking sudden action we may regret later. Positively speaking, these energies are best used to motivate much needed changes rather than to force a point with any opposing force.

This energy is carried into the New Moon which also takes place on the 11th December. This lunation is at the apex of a t-square formed by the Jupiter-Chiron opposition. We are challenged to address any loss of faith in ourselves and others.

The Moon sits on the Sabian symbol :-

This symbol suggests that it’s important to maintain hope and make the best of our current circumstances. Even if times are hard, what we gain now can be put to use in the future. Even though the Moon is in expansive Sagittarius, the focus is on conserving what we have (reiterated by Saturn transiting through this sign) and doing the necessary work to set a foundation for future exploits.

The skies are somewhat quieter for a week and then we have the First Quarter Moon in Pisces square to the Sagittarius Sun on the 18th December. This lunation will be exactly conjunct the South Node so it will be important for us to address where we may need to surrender to the flow of events as well as to examine where we may feel defeated or harbour a victim mindset. We may be tempted to fall back on escapist behaviour in order to make ourselves feel better but it is important for us to remain present and conscious of the energies at play.

The First Quarter Moon is on the Sabian symbol :-

Make the most of the moment by remembering the achievements you have had in the past. Recognise that there is potential in every moment – even in difficult times. Use your intuition, imagination and connection to the natural world to help you swim through these murky waters

The Sun’s entry into no-nonsense Capricorn on the 22nd December heralds the Winter Solstice in the Northern Hemisphere and the return of the light. Maybe you find yourself staring up at that huge mountain you want to climb. Following on the heels of Mercury, once again the cosmos prompts you to make a plan. Consider where you don’t feel strong enough or grown up enough to take on the responsibilities of new challenges and resolutions. These are the things that need to be addressed and strengthened. You are capable of success but it’s important to ensure you have your feet firmly on the ground from the offset. A step-by step written plan can help you to identify problem areas before they arise. Take yourself and your ambitions seriously.

We have a Full Moon in Cancer joining us on Christmas day. Generally this Moon is well supported with a trine to Neptune but the opposition to the stern Capricorn Sun could turn family fun sour, especially if too much alcohol is in the mix!

The Sabian symbol for the Full Moon is :-

A Cat Arguing With A Mouse

Old arguments could arise with this symbol, especially with over-wrought cooks. The answer however lies in gentle Neptune. Let’s all aim for live and let live. Let the love flow. Christmas is traditionally a time for peace and forgiveness. Even if old aunt Maud is goading you about your half-cooked sprouts, smile sweetly and invite her to give you her best recipe. After all the conflicts during this year, the pressure of Saturn and Neptune, the horrors of worldwide events, we all need to hold a little closer to the ones we love – even if they bug the hell out of us at times 🙂

Uranus stations direct on Boxing day (26th December) which should serve as a release point and shake us out of previous limitations. Often Uranus stations are accompanied by an almost electric feeling. The air crackles with possibilities and wherever Uranus is travelling in your chart, it will spark changes. Whilst the energy may feel a little unstable at first, watch for flashes of inspiration that give you a clue as to the next steps to take. Work with this planet to take the first tentative steps towards freedom..

The year ends with Venus’s entry into Sagittarius on the 30th December which ends the year on a positive note. Released from the torment of Scorpio, Venus is now free to run wild and party. We are attracted to new places and new faces and we may not be inclined to take anything too seriously which is just the kind of energetic input we need buoy us up for the new year. Accept those New Year party invitations or hold your own. If you’re alone, go out into the streets and celebrate with strangers. Send out love to the entire world.

Wishing all my readers a fabulous festive season!