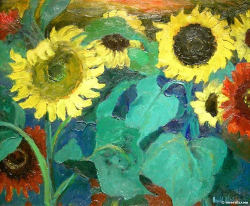 Happy New Year to you all. So we are finally in 2016 and I have been making plans and changes and updates to the site.

As some of you know, last year was particularly challenging for me but it also had its high points too. As far as the lowlights are concerned, an unaspected Solar return 6th house Sun coupled with Pluto transiting my 6th house square to my IC/MC manifested as being ill for almost a third of the year.

In my SR chart, Saturn – the ruler of my 6th house was in the 1st house which can sometimes point to health issues in itself and Saturn was also opposite the Moon. Even the Sabian for the Ascendant of the chart was A Dentist At Work indicating ‘health’. I haven’t actually been to the dentist but what the hell, this SR chart still has four months to run…The MC of the SR chart was :- Totally Concentrated Upon Inner Spiritual Attainment, A Man Is Sitting In A State Of Complete Neglect Of Bodily Appearance And Cleanliness and whilst I can assure you I bathed regularly (!) the Sabian pointed out that I needed to attend to my physical self – the part that had been sorely neglected.

My progressed Moon was coming up to conjunct the progressed South Node which can often be linked to a low point emotionally and was on the challenging Sabian Two Men Placed Under Arrest which at first glance brings things to a stop. Finally progressed Mercury stationed retrograde at the beginning of 2015 which can sometimes bring life to a standstill of sorts depending on other aspects. I knew it was going to be a tough year and a friend who gave me a tarot reading at the beginning of the year said ‘you need to look after your health’. Did I listen? No, of course not! My general attitude has always been to push my body to do what I want it to do whether it likes it or not. Mars in Taurus in the 10th house means I just keep going and keep going until I can’t go any further. My Aries stellium also has no intention of stopping.

But the universe had other ideas and Pluto transiting my 6th is not one to be ignored. Ignore Pluto and he’s liable to kick your legs from under you (metaphorically speaking) and force you to pay attention which is exactly what he did to me, only with me it wasn’t metaphorical. It began with some odd symptoms where I began to react to high histamine foods. I had rashes on my face, around my mouth and finally a full rash across my body. I felt jittery, just not right and sometimes experienced odd head rushes that made me feel weak and dizzy. This passed after about 6 weeks but then I was hit with chronic anxiety (Solar Return Uranus in the 6th house!), panic attacks so severe they gave me broncospasms, strange tics in my face and facial numbness, chest pain bad enough I had to get my heart checked as I thought I was about to have a heart attack and finally around 80 migraine attacks. Shall I add in that my left big toe has been numb since April? Oh go on then…Anyway, aside from the toe, let’s just say perimenopause landed in style. For the ladies among you – I’m just going to say ‘bio-identical progesterone cream’ which has finally started to straighten me out along with miracle herb feverfew for migraines (except when I threw caution to the wind over Christmas and ate and drank what I wanted and therefore have been migrained out for about 6 days – ah well, the feasting was fun says my Taurus Sun).

But there were good moments amongst the bad in 2015 – horseriding again which freed my spirit and landing the column in Mountain Astrologer Magazine (the forecast in every other issue) plus contributing to Infinity Astrological Magazine too – you can read it for free at the site by the way. I had my Jupiter return in 2015 and Jupiter in the return chart was placed strongly in the 9th house so I knew writing was going to be a highlight. I also found a fabulous Portuguese teacher.

I learned how to get back in touch with my body as Pluto kindly asked me to do through a strong meditation and chanting practice, qi gong and yoga. For the first time ever, I began to see yoga not as some torturous exercise regime which I’m horribly bad at but instead as simply a form of physical connection and balancing. With a severely arthritic hip, I am unable to do many of the poses but just concentrating on the ones I can do has helped ease some of my hip complaints too – an added bonus.

Whilst I’m conscious that transiting Pluto is about to square my natal Saturn, I’m hoping that the Pluto trine to Mars which occurs at the same time will give me an energy boost. My transits this year are lot less active although I still have an extreme amount of Pluto going on in my chart. The last solar eclipse was on my Pluto which coincided with dreams of a bomb going off (!) and this year Pluto will be exactly conjunct my SR Ascendant which will bring my 6th house back into the foreground. I also have another unaspected SR Sun this year, this time in the 4th house though so I’m hoping for some inkling of the possibility of moving but we shall see. I may just simply spend a lot of time at home working 😀

So this brings me to now. I’m hoping to put my live Skype consultations back on around mid February. I’m holding off until then as A. I have a writing deadline for February and B. the upcoming Mercury retrograde is going to be in my 6th house so I’m listening to the message! However, my recorded readings are available now as always – don’t forget I offer 6 month and 12 month forecasts if you want to get a handle on how 2016 will be for you. I’m happy to include a tarot reading with the forecasts as many people like this option. To check out all the readings I offer, click here. I may also be offering teaching for beginners in tarot and astrology. I still have to plan some lessons but do let me know if you are interested and what area you would like help with as I may be able to accommodate you if you need one off sessions on specific topics.

My personal study topics this year are going to be all around the nodes and past life work. I have been asked to give a talk to an astrology group later in the year on karma and the nodes and I’m being drawn more and more to this as a specialism. Hopefully, I will be able to go for a Life Between Lives session this year. If you want to know more about that, check out a book called Journey of Souls by Michael Newton. Oh, that reminds me, I’m also creating a mass book list as so many people ask me for book references! That should be posted soon.

I have decided to close my tarot site and create a section on here for tarot. Running two sites has become untenable and the tarot site doesn’t always get the attention it deserves. Therefore there will be the occasional tarot post appearing on here and I will move previous tarot posts back here for reference.

As for general updates to Lua – the lunations page has been updated for 2016 so you know when the New and Full Moons occur and I’ve written a list of major astrological happenings for this year too . Monthly forecasts, Moon and retrograde posts will continue as always and I’m planning some videos for other topics.

I have also created a new page on Facebook as my personal profile was getting very cluttered with a huge influx of friend requests (some genuine, some not). I have decided to limit my personal profile to those I know but I welcome anyone to join me on my new page where I will be posting updates to keep you in the loop and insights from astrology, tarot, dreams and any other magical topics that catch my eye. If you are looking for daily astrological postings, please join me on the Lua Astrology Facebook page  which is now headed towards 8000 members – or you can read my posts on my cosmic tides website  if you’re not on Facebook.

Back to planning in my lovely new organiser which was a Christmas gift. Working that Jupiter and the Nodes in Virgo vibe.