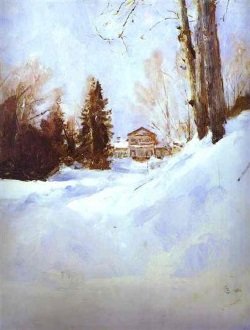 Happy New Year everyone. Many of us are looking forward to a fresh start but the cosmos is asking us to go backwards before we can go forwards at the start of 2016 and there are some challenges to keep us on our toes this month.

The month begins with Mercury entering Aquarius on the 2nd January where our thoughts are firmly fixed on new possibilities, innovation and experimentation. The cobwebs from last year are finally blowing away and we are likely to be enjoying the space after a busy holiday season. The Last Quarter Moon in Libra also occurs on this date however and this may put some of us at loggerheads. Relationships (the Moon in Libra) and responsibilities (Sun in Capricorn) are set at odds. Perhaps partners are grouchy over work getting in the way of love or maybe this early square in the year is asking us to stay true to our resolutions to have a better work/life balance. The Moon is on the Sabian symbol :-

Miners Are Surfacing From A Deep Coal Mine

This suggests that some deep and powerful feelings are now surfacing but this can also clear the air.

The atmosphere intensifies as Mars dives into Scorpio on the 3rd January. It feels like we’re headed straight back down the mine shaft for more digging. As co-ruler of this sign, Mars works well here but it does bring a certain raw edge to our interactions and strong desires are likely to push us forwards whether for good or ill. The positives however is that this transit is likely to give us the power we need to stick to our goals and pursue them with passion. Mars loves the thrill of the chase and is not afraid to traverse dark places in order to get what it wants whilst boiling in Scorpio energy and this of course can be a good thing – especially if you’re fighting some inner demons to overcome fears and forge a new path for yourself. Sometimes this transit can manifest as jealously in relationships, especially if one partner feels physically distanced. Mars in Scorpio is drawn to intense encounters with lovers and needs the sense of physical connection to bond at a deep level. Provided the shadow sides of this transit are avoided, this could prove to be a potent, transformative energy conducive to initiating positive change.

Things take a more challenging turn on the 5th January however as Mercury stations retrograde whilst square to Mars and we also have Venus square Neptune: frankly a recipe for mixed messages and arguments over nothing if ever there was one. We are being asked to reassess what is driving us and also to look at where an overly romantic view of life may be inadvertently misdirecting us. Romance or the lack of it may bring up questions about where you are headed so Mercury retrograde stationing in Aquarius provides a prime time to review future aims. Even though the weather has been unseasonably warm, the Mercury retrograde could bring a winter chill, freezing us in position to give us time for reflection.

The intensity continues with the Sun conjunct powerful Pluto on the 6th January and we need to dig deep to acknowledge personal truths. Change is necessary and the Sun’s follow up square to Uranus on the 7th January contains echoes of the dramatic shifts that have been happening since 2012. And if that wasn’t enough to keep us occupied, Jupiter copies Mercury and stations retrograde on the 8th January.

Where Jupiter is travelling in your chart shows you the area of life that is being developed but the retrograde period gives you time to develop on an inner level to catch up with outer changes. It may initially seem like you’ve hit a hitch which stops growth but go with the process. Turn within and look to where you may need to find more faith or meaning. Perhaps recent developments have lead you to question what you believe – and that’s OK. Our philosophy changes over time as we gain experiences. Sometimes we just need time to digest what is happening. Mercury also re-enters Capricorn on the 8th too so giving serious thought to our situation is all in order.

The heavy vibrations continue with a Venus-Saturn conjunction on the 9th January so we are examining our self worth and love relationships. Sometimes this transit can manifest as feeling ‘not good enough’ or as reservations about how we relate to others. However, relationships and the way we relate can mature under this transit.

The New Moon in Capricorn on the 10th January is conjunct Pluto and square to Uranus so there is a ruthless and possibly disruptive element to this Moon. Maybe there are issues regarding conforming to rules and regulations. Power struggles could erupt and with Mercury retrograde and Venus still conjunct Saturn, there is a somewhat dark overtone to this lunation at first glance. However, the Moon is also trine to Jupiter and sits on the Sabian symbol :-

A Hidden Choir Is Singing During A Religious Service

During this lunation it will be important to look beyond first impressions and maintain a quiet sense of inner faith.

After New Moon seeds are sown, we regain a sense of empowerment and the second half of the month feels a lot kinder than the first half. The First Quarter Moon in Aries on the 16th January challenges us to focus on independent action. With the Moon square to the Sun in Capricorn, we may have to challenge convention or the old way of doing things but our actions are likely to be rewarded as the Sabian symbol of this lunation is :-

Through Imagination A Lost Opportunity Is Regained.

If you’ve been feeling discouraged under the heavy influences so far, this could represent the turning point. Mars’s trine to Neptune on the 18th January compliments this vibration and stimulates putting dreams (Neptune) into action (Mars).

The Sun enters Aquarius on the 20th January which is a breath of fresh air and a friendlier vibe. Whilst our interactions may be cool, we are also more sociable and willing to investigate new avenues of exploration. This is the perfect time for supporting humanitarian causes and enjoying the diversity between people.

Jupiter joins the North Node in the first of three conjunctions on the 23rd January. Spirit asks us to collectively practice what we preach. With the conjunction opposing Chiron however, we may need to let go of old hurts in order to benefit from this potentially rewarding transit of Jupiter. Karmically, we need to hold on to the positives, even when the negatives are staring us in the face.

Venus enters Capricorn also on the 23rd January so we are attracted to things that are solid and secure and somewhat conventional. We take relationships seriously now and have a realistic attitude to our financial picture. Whilst Venus in Capricorn is not necessary fun, she is smart and business like and is willing to work for what she wants. There may however be some diva moments with the Full Moon in Leo on the 24th January as the Moon-Sun opposition is widely square to Mars. The Sabian symbol for this Moon is :-

This may bring up issues connected to wanting to ‘prove’ ourselves to someone else. The Leo Moon wants to be seen but square to Mars, we may not feel we’re getting the attention we deserve which pushes us to make a show of strength. The trouble is, we might create the wrong impression, especially if what we’re trying to ‘prove’ isn’t coming from the heart. Positively speaking however, this Moon could help us to find the courage to stand up and take centre stage when important matters need addressing.

Mercury stations direct on the 25th January, releasing us from delays and restrictions in communications and thinking. It’s wise to move ahead slowly and methodically, taking practical steps to apply what you’ve learned during the retrograde period.

Jupiter ends the month with a re-take of his conjunction to the North Node on the 29th January as the true node occasionally goes direct for a short time. It’s like Jupiter is saying, I know it’s been a hard month, I know things have been difficult but really, you need to stay focused on your inner growth. Keep practising what you preach. Keep developing your skills. Keep learning. Now more than ever we must focus on the positives and help one another, especially when we are going through challenging times. Choose to believe the best of what is possible. Your faith can be a source of strength.