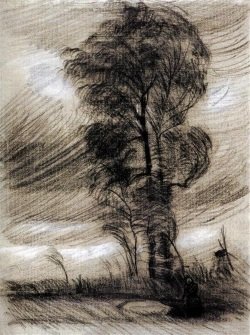 Mercury has already been in shadow for a while but it’s only today that I’ve begun to feel its influence in the little annoyances – an email address suddenly returning my mail as spam, Youtube videos not playing on my ipad, misunderstanding a Facebook comment. Whilst none of these are serious issues, it’s more an inner feeling which is akin to those dreams where you’re trying to walk or run but you can’t move your legs and the more you try, the more frustrating it is. This phenomena is caused by natural paralysis in sleep which stops us acting out our dreams and potentially coming to harm. Sometimes, the signals get mixed up and the conscious mind wakes up but the body is still asleep and paralysed – something I’ve experienced since childhood. One of the main ways to extricate yourself from an episode of sleep paralysis is to simply relax. The more you fight it, the more paralysis continues but if you relax, your body can return to normal sleep then wake correctly.

And sometimes this is like Mercury retrograde, we have to learn to relax through it, to accept that there may be delays, slow downs and misunderstandings. Mercury isn’t interested in our human time – he wants us to be aware of cosmic time, the bigger picture, our role in the great group mind. Most of all, we have to get out of our own way by bypassing conscious thought and reaching down into the often silenced unconscious mind, otherwise those unconscious thoughts have a habit of making themselves known by other means and sometimes take us in a direction we never intended.

Mercury retrograde is a checkpoint, a chance to review if you are really going in the right direction and also to re-do steps that may have been missed. Often, the stationary days are the most fraught with issues as Mercury slows down to an almost stop, encouraging us to do the same. Work with this consciously by creating a little ‘stop’ time on the stationary days in order to allow some time to think and really become aware of your mental chatter.

Mercury stations retrograde on the 5th January in the sign Aquarius so initially we are looking at issues connected to groups, friends and the future. Aquarius is about how we socialise and connect to the wider world. It’s a fixed sign, somewhat cool but friendly. Perhaps friendships and connections need to be reassessed or maybe old friends reappear. Maybe you are wondering where you fit in. This sign also relates to humanity as a whole and humanitarian causes.

The Sabian symbol of the station Mercury retrograde is :-

It’s possible then that we are confronted with stormy scenes in the wider world. We are also being alerted to ‘the storm within’. The clashing, conflicting thoughts that can take our time and energy away from things that are important to us and challenge us when it comes to decision making. Pluto is about force, crisis and transformation. It’s possible that material that has been deeply buried may come up during this retrograde. Perhaps too, we will see more news about the darker elements of society. 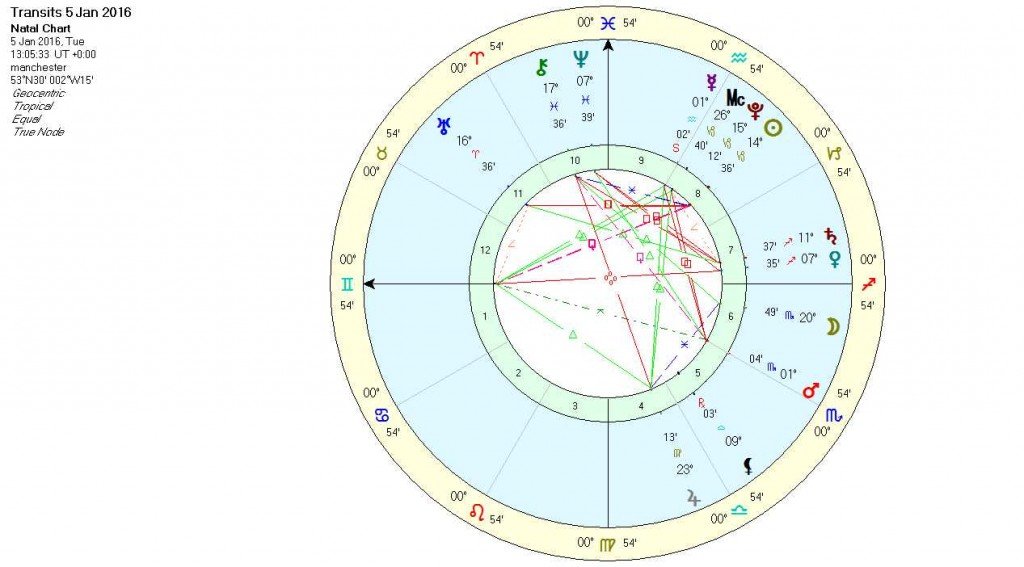 At the retrograde, we may become aware of a problem that needs to be addressed whether internal or ‘out there’ although external problems can often be a manifestation of something we are struggling with on the inside. Mercury will also have only just perfected a square to Mars as it stations so there is a strong suggestion that ‘conflicts’ may be a theme of this retrograde along perhaps with the idea of power struggles with the Pluto/Scorpio overtone. But that doesn’t have to be a bad thing, after all, the purpose of a storm is to clear the air. If you feel angry around this time, be aware that Mars makes things volatile and the best thing may be to back off rather than engage. Because there is a certain intensity to this retrograde, tempers could be easily triggered and the Plutonic vibe brings added intensity. Aquarius is normally quite detached but can become rebellious and fixed in opinion when working negatively. In the wider world, this retrograde could instigate hostile relations in political arenas.

Mercury will then back up into Capricorn so the emphasis changes from group relations to earthly responsibilities and commitments. Maybe we are struggling under the rules, authority issues, work. Maybe we have questions about our career or ambitions.

Mercury joins the Sun on the 14th January which I always see as a meeting between our cosmic messenger and the divine source in order to receive necessary instruction. The Sabian symbol for this conjunction will be :-

A Woman Entering A Convent

This strongly suggests that there is a need for routine and structure and also a period of silence. Perhaps it’s necessary to take some time out in order to contemplate the spiritual meaning of what is occurring at the time. The convent represents a place of refuge away from the frenetic activity of outer life. It’s time to give attention to the voice of your soul.

The intensity of the retrograde begins to lift as Mercury then trines the North Node on the 14th January. If you’ve taken some time out, it’s easier to pay attention to those quiet voices that are like a compass directing you towards your karmic path. A trine to Jupiter (15th January) and sextile to Chiron (19th January) suggests returning faith and optimism which brings healing.

Our understanding is challenged however when Mercury squares Uranus on the 22nd January which may trigger anxiety, shake our foundations or shock us. The push is to jolt us out of rigid ways of thinking that no longer serve us.

When Mercury rejoins Pluto on the 22nd January, it’s likely that we will realise that what we thought at the beginning of this transit has changed radically over the past three weeks, transforming our perspective and giving us a powerful lesson in truth. As this is the 2nd of three conjunctions between Mercury and Pluto, this may be a good time for research, honest conversations, deep thought and letting go of previously held convictions. 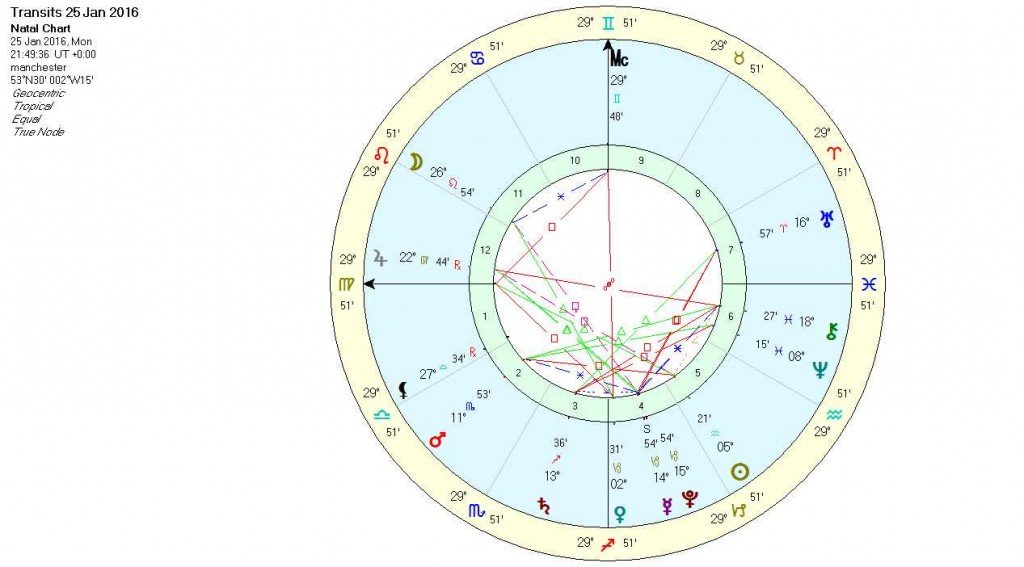 The station direct occurs on the 25th January and with Mercury still conjunct Pluto it brings this retrograde period to a climactic and transformative end. Mercury stations direct on the Sabian symbol :-

In A Hospital, The Children’s Ward Is Filled With Toys

I’m noting that these last two Sabians both feature ‘institutions’. It makes me wonder whether in the mundane world we could see some kind of crisis in similar institutions – the Church, hospitals, perhaps schools. Bearing in mind Mercury has spent the best part of the retrograde in Capricorn, there may well be something here about challenging the way things have always been done. Pluto in Capricorn can also symbolise corrupt (Pluto) systems (Capricorn) so perhaps there may be news (Mercury) regarding this. Old wounds must be exposed and cleansed in order for healing to occur.

On a personal level, this symbol promises that this a time of profound healing which returns us to a more trusting state. The deep knowledge we discover or recover during this time perhaps allows us to see life through a child’s eyes, returning us to natural curiosity and openness to experience.

By the end of the retrograde period, we are likely to feel much lighter at heart and clearer in mind having eliminated old attitudes and faced the storms. That way, we can truly make a fresh start in this new year.