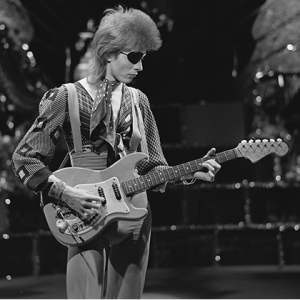 I was so shocked to see the news about David Bowie this morning. I wasn’t familiar with every album but there are certainly songs of his that I love and I’m listening now as I write. I remember the first time I heard Space Oddity. I was five years old and our gym teacher decided to get us to dance to this song. I was awkward and shy, never comfortable with dancing in public even though I’m musical to the core. I stumbled my way through but fell in love with the song. It was so different to anything I’d ever heard and I was obsessed with the stars even from that young age. And then there was Starman and Life on Mars, Heroes, Let’s Dance and Dancing in the Street with Mick Jagger that seemed to be number 1 for months – my Mother loved it. And then of course there was his fabulous performance in the film Labyrinth. These are my prime memories but I know I’m only scratching the surface of his work.

“I don’t know how many times someone has come up to me and said, ‘Hey, Lets dance!’. I hate dancing. God, it’s stupid.”

Recently I came across Blackstar with its extraordinary, hypnotic video accompanying the song. I couldn’t stop watching it. I posted it on Facebook. I was entranced by the eclipsed Sun, the ‘Black Star’ shown at the beginning. The song seems to capture both ancient and futuristic. It’s highly spiritual and contains many images of death and dying.

“Something happened on the day he died
Spirit rose a metre and stepped aside
Somebody else took his place, and bravely cried
(I’m a blackstar, I’m a blackstar)”

The last solar eclipse on the 13th September took place in Bowie’s 8th house – death, change, transformation. In his Solar return chart for this year, the Ascendant was in Scorpio on the Sabian symbol Telephone Lineman At Work Installing New Connections suggesting something ‘new’ being communicated and again, profound change. The Ascendant of the SR chart in his natal 10th house promised he would leave on a high note. His producer confirmed that his last song ‘Lazarus‘ released on his birthday, just two days before his death was a  a carefully-orchestrated farewell to his fans. Its disturbing video shows a sick man furiously scribbling in a journal, a sense of knowing his time is almost up. By transit, Pluto was conjunct his Mars perhaps indicating his ‘courageous fight’ against cancer. Although the aspect was only just perfecting to the first conjunction which would have been in February, this would have been close enough in orb to have a powerful affect. Pluto was also approaching a conjunction to the Sun – reminiscent of the looming ‘Blackstar’ (the title of the last album).

The Midheaven in the SR chart was enigmatically on the Sabian symbol An Unsealed Letter echoing the Ascendant Sabian with its telephone lines. It has become common knowledge that he had been suffering from cancer, information that had been kept private until now. The Midheaven degree was an anaretic 29 Leo making me think of the last moments of the performer – the hero exiting stage left. Lazarus is being described as his swansong. The Solar Return Sun is conjunct Pluto symbolising transformation and again echoing ‘Blackstar’ – the final album.

David Bowie’s natal chart is a locomotive chart with Uranus leading in the 5th house widely conjunct the North Node, so straight away we see he was driven to be a creative innovator and a unique character. Aquarius Rising made his presence felt with his notable different coloured eyes and an original personality. Just look at Ziggy Stardust to see Aquarius and Uranus in action! This was the Man Who Fell to Earth, the hallmarks of creative genius. He constantly re-invented himself, seguing from one personality to another and challenging preconceptions. Perhaps these alter egos suited his rather more reserved Capricorn Sun. Maybe part of him was always behind the scenes, however famous he was. As a child he was painfully shy.

Despite his Sun, Mercury and Mars being in the hidden 12th house of the chart, his powerful 7th house stellium coupled with all planets being above the horizon aside from Uranus, shows the powerful impact he made on others. Not to mention Venus, the sweet ruler of harmony, elevated in a conjunction to the Midheaven. He was certainly well loved.

“The greatest thing you’ll ever learn is just to love and be loved in return.”

When I was a child, I remember thinking David Bowie really was an alien and that was why I was so fascinated with him. The powerful Aquarius/Uranus energy gave him that fabulous ‘alien’ quality which he lived through Ziggy himself who was ‘a messenger for extraterrestrial beings’. His 9th house Neptune gave him his visionary quality, always testing him (square to his 12th house planets) to realise his visions and create something concrete from his extraordinary imagination. Neptune also gifted him with glamour and ability to spellbind with his performance.

“I was young, fancy free, and Tibetan Buddhism appealed to me at that time. I thought, ‘There’s salvation.’ It didn’t really work. Then I went through Nietzsche, Satanism, Christianity… pottery, and ended up singing. It’s been a long road.”

With his stellium in the 12th house, Neptune in the 9th house and an unaspected Jupiter, he had an uncomfortable relationship with matters of the soul and religion/spirituality. In his early life he explored many different paths and couldn’t quite shake off his lingering belief, even though he described himself as ‘mostly atheist’. His Neptune is also conjunct asteroid Atlantis and opposed by asteroid Sphinx suggesting a fascination with the unknown, ancient knowledge, mystery. Asteroid Philosophia is also opposed to his Sun and Mars pushing him to question everything and to ponder the meaning of life. Natal Mercury is conjunct Achilles (weak point) and on the Sabian symbol An Angel Carrying A Harp. Whatever his more pragmatic Capricorn side, it was clearly hard to dismiss the feeling that there was something beyond this reality.

“I’m not quite an atheist and it worries me. There’s that little bit that holds on:  Well, I’m almost an atheist”

His strong 12th house spoke through his career too, playing a prisoner of war in Merry Christmas Mr. Lawrence. New York Times critic Janet Maslin described his performance as “…mercurial and arresting…” (12th house Mercury quincunx Saturn). His 12th house stellium was square to Neptune prompting confusion and questioning over his identity, mind, motivations and sexuality. Much of his work was catalysed by deep soul searching given form through Capricorn. He also had a powerful desire to ‘give back’, a classic manifestation of the 12th house.

“The trousers may change, but the actual words and subjects I’ve always chosen to write with are things to do with isolation, abandonment, fear and anxiety – all of the high points of one’s life.”

“I suppose for me as an artist it wasn’t always just about expressing my work; I really wanted, more than anything else, to contribute in some way to the culture I was living in.”

True to Capricorn, he has left a great legacy, a body of work that is so enormous (natal Jupiter in the 10th house) that it almost defies imagination. Prolific is an understatement. Bowie’s Saturn (co-ruler and Sun ruler) sits on the Sabian symbol The Constellations Of Stars Shine Brilliantly In The Night Sky

An iconic figure has return to the vast, unknowable cosmos. Hail and Farewell Starman.

Thank you for the music.

Sun in Capricorn 12th house
I hate sleep. I would much prefer staying up, just working, all the time.

Sun conjunct Mars in Capricorn in he 12th house
“I’m not a prophet or a stone aged man, just a mortal with potential of a superman. I’m living on.”

Mercury square Neptune followed by Sun conjunct Mars
All my big mistakes are when I try to second-guess or please an audience. My work is always stronger when I get very selfish about it.”

Neptune in the 9th house
“The truth is of course is that there is no journey. We are arriving and departing all at the same time.”

Perfect Capricorn dry wit!
You would think that a rock star being married to a supermodel would be one of the greatest things in the world. It is.”

Sources for quotes and references