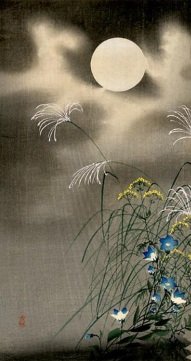 Someone was asking about the Void of Course Moon recently so I thought I would write a quick post about this to describe what it is, when to take it into consideration and how to work with it.

Firstly, let’s get back to basics…

The Moon spends approximately 2.5 days in each sign as it moves through the zodiac. It completes the heavenly circle within around 28.5 days. The Moon’s presence in each sign shifts the emotional atmosphere in accordance with the attributes of the sign it is in – warm and nurturing for Moon and Cancer for example or cool and friendly with the Moon in Aquarius. As the Moon moves through each sign, it will make aspects to other planets as it goes. When it reaches a point where it makes no further aspects before leaving the sign it is currently in, it is considered ‘void of course’. It will stay void of course until it enters the next sign.

We only take into account the Ptolemic aspects, namely: – the conjunction, sextile, square, trine and opposition. The aspected planets included are: – the Sun, Mercury, Venus, Mars, Jupiter, Saturn, Uranus, Neptune and Pluto.

I first came across the use of the void of course Moon when studying horary astrology. Horary is the art of using astrology as a divinatory system when you cast a chart for the moment of the question. Over the years, I have used this form of astrology a lot, working with it very intuitively, reading the chart much as I would read the tarot cards.

In horary, if the Moon is void of course at the moment of the question, it tends to indicate ‘nothing will come of the matter‘ that is being asked about. Normally in a horary reading, the Moon’s aspects before leaving a sign will describe the events in relation to the question but if there are no aspects, then there is no action. Perhaps the answer has already been given, maybe there’s nothing that can be done, maybe the question is invalid (or has been invalided without the client’s conscious knowledge). With other ‘strictures’ on the chart, a void of course Moon can simply mean that the chart cannot be validated and the question cannot be answered. The idea that ‘nothing will come of the matter‘ doesn’t necessarily mean this is a ‘negative’ response. For example, if I have been worried about something and then cast a chart to ask a question, a void Moon will alert me to the fact that I’m worrying over nothing. I once contacted someone about a job when the Moon was void. Despite being interested in the position and a strong likelihood I would get it, I quickly lost interest after finding out a few more details. What looks good on the surface when the Moon is void may dissipate once the Moon moves into the next sign.

Another branch of astrology where the void of course Moon is particularly important is electional astrology, where we choose a chart which is conducive for the launch of a project or signing of a contract (such as a marriage or a job). We avoid the void Moon in electional astrology as again it still suggests ‘nothing will come of the matter’. Projects, contracts and relationships started under a void Moon tend to have unexpected consequences. Again, this doesn’t necessarily mean ‘bad’ but there can be an element of the unseen coming to light at a later date. Sometimes what is begun under the void Moon simply doesn’t get off the ground. Major purchases are also best avoided. Sometimes things purchased under a void Moon break or don’t turn out to work as hoped. Maybe you just decide you didn’t want the item after all. I once bought a hot water bottle under a void moon and it leaked the first night I used it and yes it was a Pisces Moon! I haven’t noticed any issues as such with travelling under a void moon but I would generally avoid booking a trip as again, the trip may not turn out as expected.

A void of course Moon brings with it a sense of disconnection as it is not connected by aspect to any of the other planets. From a personal point of view, I feel like the Moon seems to float untethered like a balloon when it is void rather like an unaspected planet in the natal chart. Emotionally, the void Moon may indicate a time where we too may feel somewhat disconnected and discombobulated. It may be difficult to concentrate or perhaps communications seem vague and unsatisfying. It’s easier to make mistakes. We are perhaps more sentimental, emotional or nostalgic. Paranoia and fear can also arise. However the void Moon can be the perfect time for spiritual work, meditation, shadow work, journaling and divination. The Moon’s void condition can make us more open to the cosmic waves and universal consciousness. For those of you following the witches path, the Moon disconnection from other planets can be seen as expressing a pure form of lunar energy so whilst spellwork is discouraged, meditation or communing with your deity can be powerful around this time.

Back on planet Earth, a void Moon is best used by continuing with your normal routine rather than starting anything new. I like to clean when the Moon is void to make way for new energies that are coming in and gain closure on the previous mini-chapter of life as the Moon nears the end of its current sign. Of course, if the Moon only has a couple of minutes where it is void, I don’t do much cleaning 😀 Simple rest and relaxation is also perfect for the void Moon so snuggle up on the sofa, read a book, take a long bath or go for a walk. Remember the Moon rules the masses/the public in mundane astrology so there can be an overall relaxed vibe in the air which is conducive for socialising so it’s a good time to catch up with friends. Alternatively, use this time to gather your thoughts, reflect one what has occurred during this time whilst the Moon has been in the sign its in and plan for what’s coming up in the next couple of days. It’s a great time for stock-taking. Sometimes the void Moon occurs during the night so it passes without us even noticing.

If you are creative, the void Moon is a wonderful time to develop ideas or to simply play with possibilities. Collage, doodle, paint, free-write or noodle on your instrument of choice (guitarists will understand that term!). This can be an extraordinary time of insight where the restraints that sometimes prevent us from making certain connections are removed. We tend to see things differently under this lunar hiatus. New ideas generated at this time however may not manifest so be aware that this more about experience in the moment and developing imagination/technique rather than coming up with a world-shattering new concept. If you are a writer, put the void Moon to work and use this as editing time.

There are times when it’s appropriate to actively use the void Moon. Remember the adage ‘nothing will come of the matter‘! Example positive uses of this would be filing your taxes to avoid an audit, telling someone something unpleasant, admitting to your boss you’ve made a mistake and so on…This is the ideal time to take action where you would like to avoid certain repercussions.

Much like Mercury retrograde, we cannot put life on hold just because the Moon is Void. Realising that you started your business, you job or got married under a void Moon doesn’t automatically mean everything will fail. This is about growing and developing awareness of the cosmic cycles and how you respond to them. I would recommend keeping a diary, noting down your changing feelings and life experiences. That way you can see if you are particularly sensitive to the void Moon and can begin to work with it consciously. If you have a strongly aspected Moon in your chart (such as the Moon on an angle), you are ruled by the Moon (Cancer Rising) or you just have a strong affinity for lunar energies, you may find you are more influenced by the void of course periods.

There is a void of course calendar over on Astro Seek