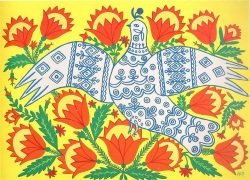 So Mercury retrograde is done. How was it for you? Both my Gemini friends managed to pull back muscles on the day Mercury stationed retrograde and several other friends had a variety of Mercurial shenanigans. I mentioned in my January forecast that Mercury retrograde could bring a cold spell “Even though the weather has been unseasonably warm, the Mercury retrograde could bring a winter chill, freezing us in position to give us time for reflection.” That thought certainly manifested as one of the worst snow storms to hit the States in the last 100 years deluged the East coast. Currently the tail end of Jonas is battering the trees outside as it hits the UK.

As for me, Mercury not so kindly brought a backslide with my health and a spate of migraines and histamine issues but then it was in my sixth house so I did have a head’s up here but frustrating none the less. I’m much better again now. However I also managed to instill a new routine (another 6th house issue) by changing from an owl to a lark and getting up much earlier. I’ve found I’m far more productive (Capricorn) as a result!

The Last Quarter Moon occurs on the 1st Feb placing the intense Scorpio Moon at odds with the freedom loving Aquarius Sun. Emotionally, we want depth, the truth and soul connection but maybe outside circumstances don’t seem open to this. In fact, with the Moon on the Sabian symbol An Official Embassy Ball, we may have to play our game carefully as this Sabian gives the impression that what is going on deep down may not be acceptable in ‘polite society’. Perhaps however, this is an inner experience where we may feel like we have to swallow our real feelings in order to fit in with other people’s expectations. It’s about knowing when it’s the right time to let others see how you really feel and when to put on a formal face and abide by group dynamics.

This month, we start to see the formation of a t-square pattern in the skies as Jupiter opposite Chiron squares Saturn. Saturn is already squaring Neptune so even though the t-square with Chiron will dissipate around late April, Neptune will take over so we have this powerful t-square action going on until mid July.

Coming back to now, Saturn eases into orb of the square to Jupiter on the 2nd February starting the slow build up of tension. With Jupiter opposite Chiron, we are already looking at issues connected to faith (Jupiter) and healing (Chiron). Wounding around belief systems is also a significant area of exploration and this seems to be manifesting in the outside world with continued cultural tensions. Saturn entering the mix at the apex of this t-square will put the focus clearly on what is realistically possible and politically there may be increased pressure to close borders. I have mentioned this previously with Saturn (restriction and denial) in Sagittarius (the world, expanse).

On a personal level, we are still focused on Saturn. Where we have lost faith (Jupiter opposite Chiron), Saturn asks us once again to focus on the reality and to define where we are going. We must look at hurts, what we understand so far and where we may be holding judgemental attitudes that limit our progress.

Mars moves in to sextile Pluto on the 3rd February which is a motivating force towards change. Generally speaking this is a hard working aspect which gives us a bit of a kick start after a somewhat lethargic January with Mercury retrograde. By the 5th February however, Mars will be quincunx Uranus which feels awkward. This aspect always reminds me of learning to drive when I had absolutely no control and the car would leap forwards suddenly, frightening the life out of me (just a note that we were in an unused car park at the time!). Mars wants to get going but Uranus can frazzle nerves so we leap without looking. Better to use this spicy aspect to innovate. Guard against frustration getting the better of you. Stay in control. Avoid acting on sudden whims.

Things are a little intense anyway as Venus will meet up with sultry Pluto on the 6th February and also squares Uranus on the same day. Whilst both are in sensible Capricorn, we are acutely aware of what we like and don’t like. Relationships may be fraught as there’s an element of all or nothing. Venus in Capricorn values commitment and with Pluto – well, he just wants it all. Lack of commitment may be met with a frosty reception. Financially, this aspect may also challenge us to set limits on our budget before we invest too heavily in something that tomorrow we decide we didn’t want after all.

The New Moon in Aquarius on the 8th February would normally cool the atmosphere but this Moon, like the last lunation is tightly square to Mars. With a sextile from the Moon to ruler Uranus, we are open to new perspectives and prompted towards group activities that allows room for unique expression. But Mars may generate tension and trigger angry scenes, especially if someone tries to lead instead of cooperate.

We are being asked to consider peaceful solutions. Our anger may have an important message for us. Positively speaking we are motivated to take a higher view.

Mars trines Chiron on the 9th February pushing us to find healing. Anger can be a very appropriate response in some cases but sometimes our anger come from a deeper place associated with fear and pain. The key now is to acknowledge where anger may have festered and look to how we can release those feelings safety.

Mercury enters Aquarius on 13th February which provides some mental space and invites objectivity. We are more inclined to think things through in a detached way and our emotions are less likely to drive our decision making processes. Mars also sextiles Jupiter today, perfect for opening up shop, business enterprise and commercial ventures. Combining influences there’s a buoyant, future forward feel in the air that encourages us to break the mould. Mars sextile Jupiter generates a willingness to act on opportunities as they arise but in a calculated (Scorpio) way. We can quickly analyse potential without losing sight of details or jeopardising our current position.

We have the First Quarter Moon in Taurus on the 15th February. Now the instinct is to get back to basics, make do with what we have and ground ourselves in reality. The Aquarius Sun niggles at us not to get stuck in our comfort zone.

This Moon however continues the theme of ‘enterprise’ set up by Mars sextile Jupiter as the Sabian symbol is :-

This symbol is about valuing what you do, charging what you are worth and using your inherent skills to make headway in the material world.

Venus enters Aquarius on the 17th February where we are freer with our love, less focused on intimacy and relationships are stimulated by cerebral connection. We appreciate difference, quirky traits and uniqueness. Venus in Aquarius reflects our social interactions so we may desire to hang out more with our friends.

The need for connection however is accentuated when the Sun enters Pisces on the 19th February softening the focus and bringing a gentle and compassionate vibration. Now we tend to go with the flow, indulge our imagination and sometimes desire to escape reality. With Venus in Aquarius and the Sun in Pisces, humanitarian concerns may tug at our heart strings. Unconditional love, a hallmark of Pisces, is heightened on the 21st February as Neptune makes a conjunction to Mother Goddess Ceres. This tender aspect asks us to consider the care of the soul as well as Mother Earth – the two are spiritually connected.

These soft, watery energies dissolve into a rather muddy puddle by the 22nd February as the Full Moon in Virgo opposes Neptune and is also is at the apex of a Thor’s hammer pattern with Uranus and Pluto. The Sabian symbol of the Moon is :-

This pattern and Sabian seems to reiterate the issues I mentioned at the beginning of this post where I talked about the current cultural tensions. In an ideal world, this Sabian is what we want and need but forces outside our control are interfering with the process. Thor’s hammer is a pushy pattern with the sesquiquadrates sometimes inducing over-reactions.

On an inner level we may need to explore where we could be projecting our shadow material onto others. The Sabian reminds us of the different aspects of ourselves that we categorise and place in separate parts instead of unifying. We all have grey areas but these aren’t to be feared. With Neptune involved we could be distracted or confused by outside influences instead of focusing on the job at hand. This lunation offers us an opportunity to consider how we can create what we yearn for in a practical way.

Jupiter’s second opposition to Chiron perfects on the 23rd February. We may feel overwhelmed by the suffering we see in the world and feel like it’s too complex a problem to correct. There’s the potential for polarisation with self righteousness on one side and pain on the other. Care is needed that we don’t get drawn into being forced to choose sides. Saturn’s square to these two bodies may help us to find common ground through a better understanding. Saturn shows us that remedies are found by trial and error.

On a persona level, the danger is that we also polarise aspects of ourselves. Like the Full Moon’s Sabian symbol, we could be separating out and labelling ‘good’ and bad’ instead of viewing ourselves as a whole.

The month ends with the beginning of a new synodic cycle between the Sun and Neptune as they form a conjunction on the 28th February. This conjunction falls on the Sabian symbol :-

An Aviator Pursues His Journey, Flying Through Ground-Obscuring Clouds

Sometimes we have continue with our journey, even when we can’t see where we’re going. It comes down to trust.