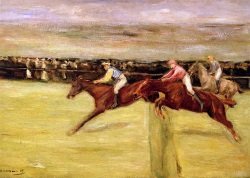 Here in the UK, Spring has finally sprung. Bulbs have shoved their heads up from the dark loam, seeking light and life, thrilling us with their vibrant colours. This is Aries energy that strives to get ahead, that competes to live, that loves a challenge. This powerful sign is the first of the fire signs and the first of all the signs so naturally it can have a ‘me first’ attitude. The shadow side of Aries is selfishness but when working on the high side, Aries is about having the courage to go after what you want. Ruler Mars gives you the fight and energy you need to initiate action. Aries is inspired, in it to win it and loves the chase. The house with Aries on the cusp in your chart shows where you need to be courageous, daring and go-getting with a ‘can do’ attitude.

For those of us who have snoozed through the winter, this lunation is very much a cosmic wake up call as this vibrant New Moon is conjunct electric Uranus. In the skies, Uranus lies on his back and spins in a different direction to most of the other planets so he’s considered a renegade, different, modern. The last planet we can see with the naked eye is Saturn. Saturn represents ‘limitation’. Uranus following Saturn breaks with convention. Uranus looks at Saturn and says ‘hey, let’s try it another way!’.

And so, we have all of this excitable, experimental, novel and sometimes shocking energy feeding into an already fiery New Moon. It gives the impression of a jittery race horse, fighting the bit to get going but this same horse could shy at the slightest thing, throwing you off in a flash. Sometimes Uranian energy throws a curve ball. Something you didn’t expect or anticipate occurs – but this is exactly what awakens us and makes us see life in a whole new way.

Uranus is perspective altering and when we see life differently, we see other options, the road not travelled, the potential as yet unexplored. Uranus sometimes shakes us up to see if we’re paying attention. 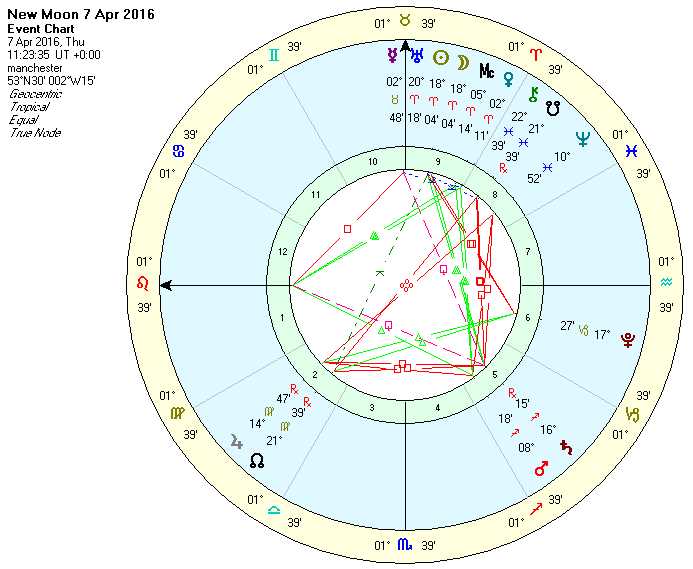 New Moon’s typically are a time of new starts and the Uranus influence is now encouraging you to get a little wild and try out those ‘crazy’ ideas. However, there’s also a strong caution of ‘look before you leap’ as mixing headstrong Aries with rebellious Uranus can be an unpredictable and sometimes reckless mix. Not to mention that the Moon is also square to Pluto, kicking off that waning square in style. If you want something new, something else has to be eliminated to make space for it. Uranus needs to be free. The challenge is that it’s not easy letting go of old patterns. It can make you feel like things are spinning out of control. It’s like upgrading your phone only to find out it just wiped all your contacts and deleted your pictures.

But with an upgrade comes new potential, new possibilities, new ways of doing things and sometimes this is exactly what’s needed. A trine from the Moon to Saturn retrograde does at least give us a respect for what went before and offers you the chance to draw upon previous experience or structures and build on them rather than throwing everything up in the air. This is important because Pluto’s influence can take things to extremes, making everything black and white, now or never.

So we have this incredibly strong drive to make a start, push ahead and get it done yet the ruler of this lunation, Mars, is widely conjunct cautious Saturn and now well into its shadow phase before turning retrograde. Mars won’t make it off this degree before he backtracks. It may well be that whatever you start now will need to be revised, changed or simply taken at a slower pace which is just as well as this chart feels ‘urgent’ and urgent can sometimes make us make snap decisions. There’s an element of ‘act in haste, repent at leisure’ going on here.

The Sabian symbol for this lunation is :-

The “Magic Carpet” Of Oriental Imagery

This Moon has the potential to sweep us up, just like magic and deposit us in an unknown place. Flying on a carpet means that our position is elevated so there’s an opportunity to gain higher understanding.

I often think that Uranus energy is rather like the Tower in the Tarot – it’s about breakdown or breakthrough and sometimes it’s a little of both. When going through major changes, your perspective will dictate how you respond to events which in turn governs your next actions. The push is to find a way to lift yourself up from your vantage point to ensure you’re clear of all your options. Sometimes you have to rise above and go beyond ego which is hard for Aries but necessary with the influence of this Sabian and Uranus.

Ultimately, this New Moon could be a thrilling ride. If you remain flexible and open to change, who knows where life may take you.