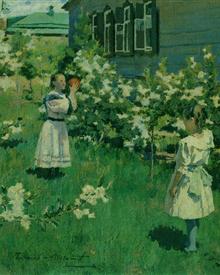 It’s Beltane and just two days ago it was snowing. The white of the pear blossom outside has been replaced with frost. With Mars trudging backwards accompanied by Mercury, Jupiter, Saturn and Pluto, we certainly seem to have a seasonal step-back not to mention lower temperatures…brrr!

May feels like a complex month, changeable as the weather in some ways and constant in others. We have two major aspect patterns in play, each very different from the other.

Firstly, we have the tense mutable t-square with Jupiter, Saturn and Neptune that has been in formation since the end of March and will continue until the end of June. With Jupiter opposite Neptune we have great dreams, enormous compassion, grand delusions and unlimited faith but all of this energy is focused sharply onto Saturn. It will be necessary to clearly define boundaries, to work with what is realistic, to know our limitations and take responsibility. Whilst idealism runs very high during this period, we are forced to deal with real world issues. Not everything we dream of can manifest. With the planets falling in mutable signs, it may feel like the goal posts are continually shifting but still we must play the game and keep our eye on the ball.

Meanwhile, from the 7th May until the end of the month, retrograde Mercury will form a Grand Earth Trine along with Jupiter and Pluto. The Grand Earth trine says that we can ground ourselves through powerful self enquiry, gathering further information and an optimistic outlook. As Jupiter gets a starring role in both of these major aspect patterns, it makes me think that what we believe is key on all counts.

The New Moon in Taurus on the 6th May emphasises this Grand Earth trine as it is conjunct retrograde Mercury and trine to Jupiter and Pluto. Maybe you go back to an idea or train of thought that you had in the past and find that there is something worthwhile that can be made of it after all. The New Moon in Taurus is the perfect time to plant seeds and focus on thriving instead of just surviving. A quincunx from the New Moon to Saturn could be a thorn in the side however, sowing seeds of doubt. The Sabian symbol of the New Moon is :-

A Symbolical Battle Between “Swords” And “Torches

This suggests that there may be a battle between the heart and mind. Getting grounded and firmly in the present could help to dispel uncertainty.

Jupiter stations direct on the 9th May so finally there is a subtle shift in the atmosphere. Since the beginning of the year, Jupiter has drawn our attention away from worldly success and expansion towards inner growth and understanding. It’s likely that even though life is still moving slowly due to the amount of Taurus energy in the skies and Mercury and Mars retrograde, Jupiter’s forward motion could bring with it a subtle sense of life beginning to open up again. The area of life ruled by the house where Jupiter stations direct may see an upsurge in activity or advancement but don’t expect everything to happen at once. Jupiter in Virgo suggests small steps have a big impact, especially whilst Jupiter is trine to Pluto.

The First Quarter Moon in Leo occurs on the 13th May. The fiery, playful Moon conflicts with the stick-in-the-mud Taurus Sun. You may feel ultra aware of the slow pace or feel like it’s all work and no play. Issues connected to money (Taurus) and pride (Leo) may have to be addressed. As this is the first square between the Moon and Sun since the previous New Moon, it represents a challenge that must be overcome in order to reach the peak potential gained at Full Moon. If you feel stuck (Taurus), you may need to take a risk (Leo) to get things moving again.

The Sun’s entry into Gemini on the 20th May gives you a lift although it’s wise to bear in mind that as Gemini’s ruler Mercury is still retrograde, you don’t get the sudden change of speed most often associated with this ingress. Still, you are more likely to become aware of the options available and there’s a push to gather information. As Mercury is retrograde this is more about asking the right questions. If you’re deliberating or can see both sides but you’re unable to make a decision, give it a couple of days as Mercury’s station direct may help you to find the answers you seek.

Energies are somewhat fraught at the Full Moon in Sagittarius on the 21st May as the Moon is conjunct Mars and opposite Venus. Relationship tensions may come to a head, especially if there is an issue of believing or believing in a partner or loved one. You may be dealing with a lack of understanding or appreciation. Mars retrograde in Sagittarius could be tempted to runaway,

White-capped Waves Display The Power Of Wind Over Sea

Wind represents the mind and thinking, the sea represents emotions and feeling. There is a suggestion that perhaps too much information, too much talking, too much thinking could stir up emotions unnecessarily. The solution with Sagittarius is to keep the big picture firmly in sight.

Mercury’s station direct on the 22nd May is likely to bring some clarity, especially as it eases the tension of the t-square with stationing Mercury trine to Jupiter and sextile Neptune. It’s as though the nebulous overwhelm of the Jupiter-Neptune opposition coalesces into something real and tangible that we can can get a handle on. Life still moves somewhat slowly as Taurus is in no hurry but a sense of release is possible.

Life continues to lighten and brighten as Venus joins the Sun in Gemini on the 24th May. This social butterfly transit seeks pleasant exchanges. Venus here says ‘variety is the spice of life’. With Venus and Mercury now in mutual reception (meaning they are in each other’s signs) the tendency towards fickleness is replaced by the desire to make a real connection. Being honestly interested in each other’s views promotes harmony.

There is tension around the 26th May as Jupiter and Saturn form the last of the waning square aspects that begun in August 2015. Since then, issues connected to expansion, faith, personal philosophy and self belief have come up against contraction, responsibility and knowing your limits. The potential of Jupiter may have been ‘held in check’ by Saturn possibly bringing some frustration to the area of life shown by the house where transiting Jupiter currently resides in your chart and manifesting as a test of faith. Saturn is where we need to do the work but we must continue to believe in the potential of Jupiter. On the surface, these planets seem as though they are completely at odds. Jupiter is a far-seeing visionary, Saturn is a realist who demands structure and commitment. In truth, each has something to offer the other. Now that we have reached the final square between the two, it’s likely that you will have found your own personal solution to the tensions experienced in your own life and now have a clearer idea of which opportunities are best for you in the long run rather than trying to keep every avenue open.

Retrograde Mars steps back into Scorpio on the 27th May. Now Mars is on home turf but it’s possible that old and deeply buried anger may come to the surface now for examination. Intimate relationships too may come under fire if there have been grumblings of discontent. Essentially, Mars in Scorpio is gunning for the truth but this entails a courageous journey into the deeper aspects of self. By confronting fears now, you will be more prepared for the exciting, pioneering journey Mars takes when he re-enters Sagittarius after the retrograde period is over.

The month ends with the Last Quarter Moon in Pisces squaring the Gemini Sun on the 29th May. Now it’s what we feel rather than what we think that counts but somehow mind and soul must work together. Answers to questions may come subtly in the form of dreams, synchronicity or intuition but these may sit uncomfortably with the need for precise information that can be easily categorised into ‘yes’ or ‘no’. Sometimes we have to accept that there are grey areas, that life moves in complex, indefinable patterns and occasionally the true meaning behind it all escapes us. A little trust goes a long way to making sense of confusing vibrations. Listen to your gut.

Painting – ‘May Flowers’ by Victor Borisov-Musatov