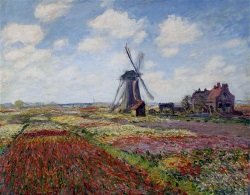 Gemini is about the mind, communication, learning, making connections. It’s a mutable air sign, endlessly curious, communicative, changeable and flexible. The New Moon in Gemini signals a mental fresh start, especially since Mercury, the ruler of Gemini, went direct after a period of retrograde action recently.

Gemini is symbolised by the mythological twins Pollux and Castor. Pollux was immortal whereas Castor was mortal. Gemini then introduces the concept of duality, right brain and left brain, intuition and logic, the spiritual and the material. Gemini eagerly absorbs all kinds of information because it seeks to make connections, to learn and ultimately to balance both sides of itself. Gemini learns through exploring contradictory opinions.

This lunation plays right into the t-square formation that we currently have in the skies, creating a mutable Grand Cross. The Moon, Sun and Venus are all in a tight conjunction in Gemini and are opposed to Saturn and square to Jupiter and Neptune.

So we have a highly complex pattern here. The Moon (emotions) and the Sun (identity) and Venus (love and values) are all united in the social sign of Gemini. We want to communicate what we feel and think to others. We want to be liked. But there’s a sense of not knowing enough (Saturn) or the fear of disapproval. It’s possible that we’re unclear about what we think or are communicating (Neptune) or perhaps we’re picking up on collective feelings that sway our decisions. Media distortion may be highly virulent during this time. Be discerning in what you read and hear. Judgmentalism too may be an issue with Jupiter involved or alternatively we could be tempted to brush off unease by pretending everything is OK (Jupiter opposite Neptune!).

Saturn’s square to Neptune says that we can no longer live under illusion or disillusion. Face facts says Saturn…but not unkindly. With Venus involved, what we think and our core values may be misaligned, distorted by the push and pull of Jupiter and Neptune.

The chart as a whole says that it’s important to speak from the heart during this time, even if we fear rejection, judgement or being misunderstood. The danger is that we could say too much or too little so we would all do well to mind the following :-

“Before you speak, ask yourself: is it kind, is it necessary, is it true, does it improve on the silence?” – Sai Baba

Two Dutch Children Talking To Each Other, Exchanging Their Knowledge

This symbol talks of being privy to certain information. The Dutch children can understand each other because they both speak the same language. If you’re feeling like no one understands you, you may need to seek out the right connections. Sometimes if we choose the wrong person to talk to at a sensitive time, it can exacerbate or unduly influence our own thought processes. Knowing who are the right people to speak with is one of the teachings of this Moon.

For those of us who don’t speak Dutch, the conversation of the children in this Sabian is incomprehensible. Therefore, this Moon brings us issues that we find incomprehensible too. You may struggle to understand laws, authorities or why the vast majority of people seem to think something different to you.

Your world view is being challenged and is changing. What you thought you knew is now up for analysis and debate and sometimes this is hard because it may be difficult to separate thoughts and feelings from your identity.

Ruler of this lunation Mercury is opposing Mars retrograde so clashing opinion is a marked feature of this chart but Mercury is also part of a Grand Earth Trine with Jupiter and Pluto showing that true understanding and bone deep honesty are potentially empowering and transformative.

En masse, we need to shed our confrontation approach. Let go of judgement, helplessness, self denial. Before we can truly listen to each other, we each need to listen to ourselves. It’s not about what the world out there thinks. It’s about what you think.

Painting – ‘Fields Of Tulip With The Rijnsburg Windmill’ by Claude Monet