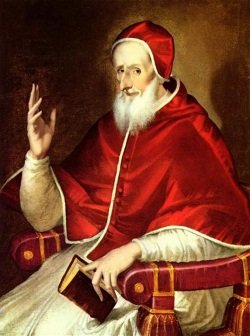 We’re seeing an emphasis on the concept of BELIEF and with the Moon opposing the Sun in information gathering and dispensing Gemini, there’s a distinct sense that the facts don’t add up! I don’t know about you but the news (Gemini) has been challenging to read recently with the terrible attack on the LGBT community in Orlando, the killing of the Labour party MP Jo Cox in the UK yesterday and the ongoing battles in the election race in the States and the EU referendum in the UK. The atmosphere has felt divisive since the last New Moon in Gemini. If any of you ever watched the wonderful sci-fi series Farscape, right now I have a clip of the crazy character Stark screaming ‘my side, your side, my side, your side‘. It’s a tug of war as the media (Gemini) grapples with us, pulling us from one side to the other and all the time issuing the challenge ‘what do you believe?’ (Sagittarius).

The Moon in this chart is on the very last degree of Sagittarius. The 29th degree of a sign is noted to be ‘anaretic’. It’s a critical degree. The analogy I use to explain this is to imagine those last few moments before death, when you’re conscious but know you’re about to die. In those last moments you really LIVE, sense every precious breath, sense every tiny kiss of the wind on your skin. Everything is emphasised in glorious technicolour. And so it is with the signs, that at their last breath too, they are vivid, unstable and sometimes given to showing the extremes of their characteristics. With Sagittarius being ruled by giant Jupiter – key shadows of this sign relate to escalation and exaggeration. We have to be aware that some things are being blown out of proportion.

The Moon is sextile to Juno retrograde and also anaretic in Libra. Juno is about commitment and contracts. With the sextile, it’s an opportunity to re-establish your balance through committing to understanding (Sagittarius) your own position. But it’s painful (the Moon is square to wounded Chiron in Pisces) and it may mean letting go of some cherished ideas (the Moon is opposite Venus in Gemini). It feels uncomfortable and yet it’s necessary.

Jupiter, ruler of this lunation, will perfect the conjunction to the North Node on the same day as the Full Moon. Jupiter is about expansion, development, abundance, potential. The North Node represents our karmic path – where we’re going and where we need to go in order to evolve. With Jupiter conjoining the North Node, there is a powerful impetus to improve through practical means – and to practice what we preach. Over and over the skies re-iterate now that we cannot save ourselves through prayer (South Node in Pisces). Wishing it all away won’t help, no matter how much we might try! Jupiter conjunct the North Node in Virgo promises that small actions (Virgo) have big results (Jupiter) that will benefit us in the future.

And yes it’s hard when we’re witnessing all kinds of crazy in the world. The Moon is trine to Uranus and Ceres. Trines are slippery things – channelled positively they can produce fast results but negatively it’s the same. Nothing stands in the way of a trine to slow the energy down. Kooky Uranus can manifest as oddball beliefs that provoke reckless acts (Uranus is quincunx to stationing Mars). We could at times feel like a stranger in a strange land but using this energy wisely, we can nourish new perspectives that give us courage to move forwards. Ceres conjunct Uranus is about fostering free thinking, being open to different points of view, celebrating diversity. Maybe too it’s about cutting the apron strings and allowing ourselves to think differently from our parents or what we were taught when we were young (Gemini). Ultimately, the Moon’s trine to Uranus says we must learn to think for ourselves and now more than ever this is important given what we are being fed by the media.

The Pope Blessing The Faithful

This is a complex simple that has several disparate messages. Essentially the Pope is a representative of the divine here on Earth. He is a mediator between God and humankind. The question is, do we need a mediator or can we just connect with the divine that already lives within each of us? There can be a danger here of waiting to be ‘blessed’ by another, to be ‘saved’ by another (falling back into the South Node in Pisces!). Also, only the ‘faithful’ are blessed. What of those who lost faith through disastrous life circumstances? Isn’t someone who has lost faith more in need of a blessing not less?

Sometimes this symbol can hint at investing too much faith in someone or something to the exclusion of all else. It’s about questioning what you believe and why.

On the positive side of this symbol, following wise leaders and finding good teachers expands our horizons of what is possible. We must be open to receiving wisdom, especially with the Moon on the anaretic degree of Sagittarius who can be inclined to think it already knows it all! Be humble like Jupiter in Virgo. Don’t lose faith in these challenging times.

With the Full Moon on the final degree of Sagittarius, our view of the world is inevitably changing. New information (Gemini) cannot just be ignored. We have to be willing to see the big picture (Sagittarius). This lunation falls at the edge of solstice (summer in the northern hemisphere and winter in the southern hemisphere). The solstice represents a turning point of the great world axis. We too are at a turning point in history and each one of us must recognise that we all have an important part to play in the unfolding future.

My side your side