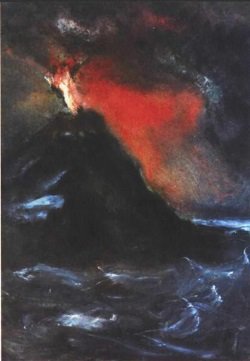 I’m absolutely devastated by last night’s result. I hadn’t looked at the astrology until yesterday because my intuition, a nagging feeling in my stomach, said this would be the result. Anyway, below are the two posts that I put on Facebook – one yesterday as the polls drew to a close where I examined the UK chart and the second is my analysis of the chart for the moment when it was announced that the ‘Leave’ vote had won. They are in quick note form but I thought I would share my thoughts here for those of you not on Facebook.

Posted around 9.30 p.m. 23rd June 2016
Honestly, I have been too scared to look at the astrology for the EU Referendum because I have such a vested interest in staying part of the EU but anyway…after a few people asked for some thoughts, I have just made a few notes below. I haven’t studied it extensively, but these are the things that stood out to me…The chart used is the 1801 chart for the United Kingdom.

The first thing I noticed is Mars, ruler of the 7th house (partnerships) is on the cusp of the 12th house in the progressed chart. Now, we could read that many ways but I don’t think it bodes particularly well. It’s all hidden motivations, back room dealings. There’s a lot going on that we don’t know about.

Of course I would read this in other ways for a person’s chart but still, Mars in the 12th can mean hidden enemies as well as self-sabotage (acting against our own interests). The progressed Sun is also about to square natal Mars in September so there’s a whole lot of Mars going on here – independence, fighting, anger, aggression, the struggle to assert ourselves. Mars in the 12th is also hidden anger and Mars is going to be in that part of the chart for a VERY long time to come…

It’s fascinating too that right now, the progressed Moon is about to conjunct the progressed ASC – the Moon represents the people so that’s a real literal symbol for the people changing the face of the country…The conjunction between the Moon and the ASC will take place on the Sabian I talked about today in my cosmic tides update!

‘The Head Of A Robust Youth Changes Into That Of A Mature Thinker‘. Hopefully, we can learn something from all of this, whatever way it goes. The progressed MC is currently on ‘During A Silent Hour, A Man Receives A New Inspiration Which May Change His Life‘. Let’s hope so.

Transiting Saturn will conjunct Mercury – ruler of 9th house (overseas) in September so some kind of serious negotiations around that time where we may have restricted (Saturn), dialogue (Mercury).

Also, what catches my eye is that transiting Pluto will oppose the Moon (the people) in 2018 – it would take around two years to leave. Pluto is a force to be reckoned with. Saturn will also conjunct the Sun that year – again, restrictive.

Uranus transiting the 7th house generally is a separative force – we want [as a country] change in our relationships with others. But progressed Uranus will conjunct the progressed South Node in years to come in the 12th house – our ‘independence’ could be our undoing.

The chart for the end of voting time (10pm UK time) puts Pluto on the ASC. Whatever the outcome, there is irrevocable change coming.

Posted this morning
This is the chart for the moment it was announced that the Leave vote had won – Time was 4.40 a.m. 24th June 2016 – London. It was announced on the BBC – time confirmed in the media link here. Later on the news, they kept replaying this with the line ‘This is a moment of history in the making’.

The astrology is extraordinarily symbolic.

Ascendant On A Ship The Sailors Lower An Old Flag And Raise A New One
This one doesn’t need much more explanation!

MC – A Garage Man Testing A Car’s Battery With A Hydrometer
Interesting…brings up the image of ‘breakdowns’. Aquarius is the sign of distance.

It’s all about money – Sun conjunct the ASC ruling the 2nd house. Venus, ruler of money conjunct the Sun. The Moon as dispositor of the Sun suggests that the people (The Moon) may have voted for this because of debt (8th house). EDIT – To qualify – I’m adding here that ‘it’s all about money’ because people have become very aware of ‘the haves’ and the ‘have nots’, the sharing of resources (8th house). People are worried about their jobs, the fears of ‘not enough to go round’ and much of the problem has been deflected by the media and politicians onto immigration as the ’cause’ of these problems. The Sun is on the Sabian ‘A Cat Arguing With A Mouse’. Playing cat and mouse. This may also represent how people felt like they were being tormented by the EU. It also represents the split again in the country (and with the head of state) EDIT – Note this was written just before Cameron resigned. Whether we are a cat or a mouse now is anyone’s guess.

The Moon – ‘the people’ in the 8th house (death, complexes) square Mars (anger). The Moon is sesquiqudrate the Sun and Venus – slippery slope. Moon quincunx the North Node – yes, we have to adjust to what was ‘meant to be’. The Moon is on the Sabian ‘A Man’s Secret Motives Are Being Publicly Unmasked‘ – interesting. Was this the plan all along?…We can also say that this result has revealed the discontent of the majority.

Pluto in the 7th house – symbolic of the ‘end of a relationship’. The trine to Jupiter and the North Node. Jupiter trine Pluto is the closest aspect in the chart. Jupiter is on ‘A Volcanic Eruption’. Trines are typically seen as positive and yes it is helpful – but trines can also go out of control…

The North Node is on In The Zoo, Children Are Brought Face To Face With An Orangutan
Personally, I think this reflects how this referendum has brought out people’s primal/primitive animal instincts – territorial. Note that it’s in the house of ‘information and media’. We are looking at each other like we are completely different species. Jupiter rules other places, other cultures, worldwide.

Mercury in the 12th house (silence, silent voices) opposite Saturn (limitation/authority) and part of the grand cross in this chart. Saturn in the 6th house – public health. The mood is low (well amongst half the country anyway!). Feeling unheard (the opposition to Mercury).

Neptune, Chiron and the South Node in the 9th house of overseas relations/communications. Again, self evident – wounded, dissolving, ending, draining.

I woke up with a start this morning with a bad, bad feeling – now I know it was just after the time it had been announced. Personally, I’m devastated by the result. I cried. I think there will be a domino effect.

Spiritually speaking, I feel as though these are powerfully important times. The North Node conjunct Jupiter is suggesting we need to come to an understanding, to make the best of it, to truly see each other as we are rather than believing we are different or better than another. Somehow we have to piece it all together (Virgo), understand the details of what has happened. Many of us will mourn what has been lost (opposition to Neptune) but we do have to pick ourselves up…me included. Somehow, it’s about staying optimistic.

Painting – ‘The Volcano’ by Arnold Bocklin