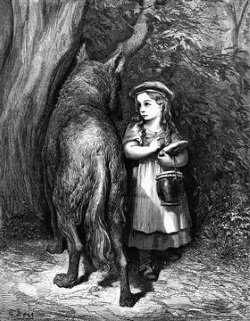 At the New Moon in Cancer, our focus is on home, family and what feels safe. The Moon is at home in her own sign and emotions are heightened. We already have Venus here mothering everyone and Mercury too is talking about his feelings now that he is also in Cancer. This stellium of planets make us want to hold those we love a little closer and snuggle in for heartfelt conversations. The Moon’s trine to Neptune adds compassion and unconditional love into the mix. Memories of times past could be the topic of conversation as Cancer rules our history, ancestors, roots and homeland. Behind closed doors, we feel safe enough to express ourselves naturally without the guard normally worn in the outer world.

The challenge is that Pluto opposes these soft and tender Cancerian planets. Pluto is like the wolf knocking at the door – ‘let me in, little pig’. Our Cancer quartet would like to pretend they can’t hear it but there’s no ignoring Pluto. The world ‘out there’ is demanding attention too. None of us can close our eyes and wish it away, no matter that the trine to Neptune is the closest aspect in this chart.

With Pluto opposing the Sun, Moon, Mercury and Venus, we may be confronted by truths that we would rather not hear. What we hold dear may feel threatened (Venus opposite Pluto). Mercury opposing Pluto may not know who or what to trust. There are secrets being revealed and it’s not pretty.

Cancer’s impetus is to retreat. Whilst it may be natural to try to shut out what is happening this can paradoxically increase the sense of unease. The quincunx between the Moon and Saturn says there are questions over what is real and not real. What we imagine is often worse than the actuality. Emotionally closing down can feel safe at first but eventually it becomes a trap. It’s only by facing fears and accepting what isn’t in our control that we can proceed ahead, however cautiously.

It’s natural for Cancer to try to side-step issues but that will only take us straight into the awkward path of Saturn. This lunation requires us to grow up and take a mature approach.

The New Moon is conjunct asteroid Eurydike, named after Eurydice in mythology. Eurydice was the wife of Orpheus. When his beloved was killed by a viper, Orpheus so charmed Hades with his sweet music that the God of the Underworld granted that Eurydice could return to the upper world. The only caveat was that Orpheus could not look back to see if his wife was following him until they had passed the threshold of Hades. Unfortunately, Orpheus couldn’t resist looking back and Eurydice disappeared back to Hades forever.

Despite Cancer’s nostalgia, this Moon asks us to resist the urge to look back. Pluto opposing the Moon shows that change is already in play and clinging to the past is no longer an option. What is gone is gone. Now it’s time to open the door to Pluto and welcome him in. With this Moon playing into the heart of the Saturn-Neptune square, Pluto’s purging is a necessary part of the process to resolving tension.

A Hand With A Prominent Thumb Is Held Out For Study

Our opposable thumbs are one of the features of evolution that have aided humankind’s advancement. Perhaps we are now required to study just how far we have come. The thumb is also related to will and character in palmistry. In the face of Pluto, the Cancer Moon may feel weak as a kitten but the Sabian symbol asks that we look closer to discover formidable inner power. Instead of wanting to gobble you up, the wolf at the door may have much to teach you about listening to your instincts and the quiet certainty of emotional strength.