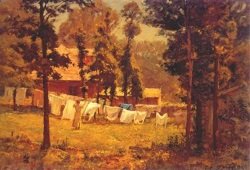 August begins with Mars finally exiting his long stint in Scorpio and leaping into Sagittarius for a whole new adventure on the 2nd August. The Mars in Scorpio season has been tough on many and it definitely seemed to have a sting in its tail over the retrograde period. Those that have found it difficult may appreciate the feeling of enthusiasm that accompanies Mars’s jolly* with the centaur.

There’s often a strong need for freedom during this transit. Keeping a tight drip on the reins may be a challenge and it can feel infuriating if you want to gallop when someone has you on a lunge rein. Sagittarius longs for experiences that takes it beyond its current level of knowledge. Hot headed Mars is independent and full of courage so it’s the perfect time to pioneer your way into new territories but care is needed that you don’t race off in the wrong direction.

Sagittarius is also connected to belief systems. With Mars here, there can be a tendency to crusade, to burn with rage at injustices, to be fervent about ‘the truth’. This can be wonderful for fighting the good fight but can also get other people’s backs up. Positive use of this energy however means its easier now to fight for your rights, or the rights of others.

As Mars first entered Sagittarius in Mid April before stationing retrograde to revisit Scorpio, it’s possible that you’re going over old ground initially until Mars is out of the shadow zone (22nd August). The first part of the month could see a returning sense of motivation perhaps for projects begun earlier in the year that got shelved. Procrastination now can be kicked to the kerb by the simple act of doing. The more you take action, the more it fuels your enthusiasm.

The New Moon in Leo, also on the 2nd August is hot on the heels of the Mars ingress. Creative beginnings are highlighted by this lunation and a trine to Saturn means that we have some staying power to ensure that what is started is finished. The quincunx between the Moon and Neptune could be a stumbling block as sometimes it’s easy to get lost in the dream of just how brilliant it would be to do [insert dream here]… but the reality actually means hard work. Still, Saturn is there to call upon to deal with the tough stuff in which case Neptune could add some healthy imaginative spice.

Venus enters Virgo on the 5th August, joining Jupiter, Mercury, the North Node and the Moon so hard work isn’t going to phase us this month. Venus may be less demonstrative in her affections now but the simple act of being of service is a way of expressing love through this helpful sign.

Jupiter makes his third and final opposition to Chiron in this current series that began last November on the 12th August. This ‘no pain, no gain’ aspect has been teaching us much about the nature of our pain and perhaps has lead to a new understanding of why we hurt in the way we do. Jupiter in Virgo has been showing us opportunities for self improvement but with the opposition to Chiron, it may have felt each improvement made reveals another vulnerability. Hopefully by now, we have become more aware of how to positively handle these vulnerabilities rather than analysing them to death.

Saturn stations Direct in Sagittarius on the 13th August. During the retrograde period, you may have felt hemmed in or unsure of your destination. Now, after a period of reflection, there’s a sense of release and a decision about where you’re headed. Doubts fade to be replaced by a stalwart march ahead.

There could be surprise breakthroughs or shocks at the Full Moon in Aquarius on the 18th August. The Moon is sextile to ruler Uranus and both are quincunx Jupiter. This forms a yod pattern with the Finger of God pointing to Jupiter. Society’s (Aquarius), beliefs (Jupiter) may be questioned (Uranus). On a personal level, we too may be trying to figure out where we fit in, questioning our own beliefs about the world we find ourselves in. A progressive approach is vital to making continued improvements.

The Sun enters Virgo on the 22nd August highlighting the service sectors and what we feel we can contribute to the world on a personal level. With no planets currently in air signs until the Moon enters Gemini on the 25th August, actions speak louder than words. The challenge comes when Mars collides with Saturn in Sagittarius on the 24th August. These two together can feel like driving with the brakes on. Suddenly there is a slow down and whilst there’s a strong impetuous to take action, we may be doubting what to do or simply blocked from pursuing certain avenues. On the plus side however, when Mars and Saturn get together, this can be a very hard working aspect uniting strict self disciple and strong motivation. Instead of getting angry about obstacles, channel energies into other areas where you have a free rein.

Mars’s square to Neptune on the 26th August however could mean we run out of steam or motivation dissipates. Because Mars is still conjunct Saturn it could feel just too hard! At this point it’s necessary to tune into your intuition and let your soul guide you. As Mars squares the Nodal axis on the 29th August, it may be that the universe stops you for a reason. Consider where you might be at cross purposes with your higher goals.

Mercury stations retrograde on the 30th August suggesting that after the block, it’s time for a rethink. As Mercury will be backtracking through Virgo, it may be a case of re-organising the pieces until they fit. Analyse the situation you are in, keep honing your skills, stay focused on the task at hand. Venus’s entry into Libra also on the 30th August finally brings back the element of air and advocates grace under pressure.