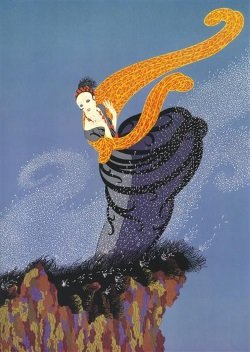 The Full Moon occurs at 09:26 (UT) on the 18th August 2016 at 25°Aq52′. Whilst astrological software and ephemerides list this as an eclipse, the Moon’s path will only graze the very edges of Earth’s shadow. It won’t be visible from anywhere on the planet and therefore this Moon is unlikely to have eclipse qualities about it. Thanks to April Elliott Kent of Big Sky Astrology for the head’s up about this!

Perhaps it’s unsurprising that this Moon has caused some eclipse confusion. It’s part of a trickster Yod pattern. The sextile to Uranus forms the base and both are quincunx to Jupiter. With the quincunxes involved, adjustments are necessary. Yods can be hard to live with – a fact I can attest to with having a perfect Yod in my chart which this Full Moon is going to light up like a Christmas tree. Yods can irritate to the bone, make you constantly feel like you’re in the wrong place at the wrong time and give a general air of damned if you do, damned if you don’t. But Yods are exquisitely beautiful, the Finger of God points the way. When we can get out of our own way, the universe obliges with a big ol’ road sign and we have to trust regardless of being pulled in different directions from the inside out. With Yods, fate tends to step in to deal with our dithering.

The Moon is sextile to the ruler of this lunation (Uranus) so there may be a strong need to liberate yourself from the ties that bind, to explore possibilities you dismissed before. Maybe you need a break from work, from a relationship, from routine. The sextile is an invitation to shatter the pattern to bring emotional freedom. Make friends with your inner rebel. Whilst we may have to follow certain rules to have a cohesive and safe society, there are also rules that we set up for ourselves. If they’re too restrictive, this Moon might rattle your chains to make you aware of it. A lunar conjunction to Pallas puts wisdom on your side. Take a leaf out of her book and negotiate constructive change rather than throwing it all up in the air to see where it falls.

With the Finger of God pointing to Jupiter, it all hinges on faith because when you try something new, it’s often all you have to carry you. You don’t know how it’s going to turn out and that’s what makes it exciting, something Uranus likes. But if you lack faith, if you don’t believe things will be OK, then it’s hard to find the courage to strike out alone on a new path. If you want to revolutionise your life, you’ve got to believe in yourself. Take care of now and the future will take care of itself.

Aquarius is associated with groups, friends, teamwork, networking, society and humanitarian causes. It’s also connected to technology and I’m typing as fast as I can because sat beside me is my brand new phone which I’m dying to play with! Aquarius is all about the upgrade. Where Aquarius is in your chart highlights the area of life where you need to experiment and have an open mind. It’s also the area of life where you need space to breathe and freedom of expression.

As the Moon opposes the Sun in Leo, we’re seeking a natural balance between the ‘me’ of Leo and the ‘we’ of Aquarius. Leo needs to have an audience whereas Aquarius wants to connect with like minds. It’s about feeling detached enough from what your audience wants to express your uniqueness which leads you to your tribe. However if you’re ‘too cool for school’ others can switch off and you feel separate from the group; hanging out at the edges with the weird crowd or ousted entirely. Now maybe you’re like me and enjoy the edgy fringes but being too detached can stifle creativity and bring emotional coldness. Somehow it’s about marching to the beat of your own drum without banging so loud it drowns out everything else. Stay cool.

A Garage Man Testing A Car’s Battery With A Hydrometer

Is it an eclipse of isn’t it? The only way to know for sure is by looking at the astronomy which clearly tells us that it isn’t. Neither Nasa nor Space.com list it as an eclipse. What may be helpful during this lunation is to adopt a scientific approach. Test your ideas out. Be objective. If your emotional battery is flat, try something new. There’s no law (Jupiter) that says you have to continue if you don’t like it but if you don’t try, you’ll never know for sure.