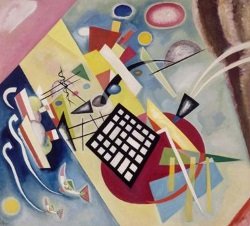 When Uranus transits natal Mercury, the mind is stimulated like never before. Uranus is the higher frequency of Mercury and the archetype of ‘higher mind’. You may find yourself receiving cosmic downloads from the universe and flashes of ‘knowing’ pop into your mind out of the nowhere. This influence can feel tremendously exciting and you’re open now to radical ideas.

The purpose of this transit is to change your mental outlook. Over time, we get into a groove of thinking, we communicate with the same people in the same way. Then Uranus comes along and shakes us free, pushing us to consider new perspectives. Your need for independence increases and there could be an inclination to ‘tell it like it is’ or to rebel. Sometimes Uranus can urge disagreement for the sake of it. Thoughts and speech can speed up as you strive to conceive and express new concepts and understanding.

The caution with any Uranus transit is that there can be a tendency to make snap decisions that have long lasting repercussions. It’s possible that it’s absolutely the right time to make a change as this is one of Uranus’s hallmarks. He’s pushing you towards a new path, one that is freer and lighter than before. Under Uranus, we’re unburdened (bear in mind that he is the next planet along after baggage-ridden Saturn) and we can see the future unfolding in front of us. But the difficulty is that there can be a tendency to throw the baby out with the bath water. We can become hell bent on one course of action, especially whilst Uranus is in Aries. Blowing the cage wide open can be a good thing, but not if we blow ourselves up in the process! Revolutionary action can be inspirational or it can create instability. It can be a challenge to listen to the opinions of others whilst Uranus is bearing down on Mercury and any feelings of being boxed in are likely to grate on you. Under a Uranus transit, it’s important to stay grounded.

Instability is the main issue when Uranus is active in the chart. You may feel scattered, like there are messages coming at you left right and centre. Mental instability can be indicated if there is already a tendency towards this in the personality. There may be surprising, shocking or sudden news that throws open new possibilities (wanted or unwanted).

Anxiety can be an issue as both Mercury and Uranus connect to the brain and nervous system and you can feel mentally hyperactive under this influence. Some people have said they feel crazy (negatively or positively). It’s important to step into Uranus mode and be objective about what you see in your mental landscape. With the nervous system over-stimulated, it can be helpful to meditate, take a herbal tonic (check with a herbalist what is suitable for you) and exercise to siphon off excess energy. Restlessness is common and you may have ‘itchy feet’ syndrome where there’s a need to keep on the move. Perhaps you find yourself moving around all over the place due to work, a desire to travel or any number of other reasons. You may feel fidgety and unable to keep still.

Uranus is future orientated. Sometimes the mind can’t catch up with the changes that are happening. Alternatively, your head may be so far in the future, it’s difficult to be present in the here and now which can also trigger stress. Other physical factors to note are Mercury’s rulership of the hands, ears and lungs which may be vulnerable now and problems may be stress induced. The voice too can also be affected. One friend suddenly lost their voice after a bout of tonsillitis. It came back quickly but symbolically it was apt as a lesson to listen.

The changes that are wrought by a Uranus conjunction tend to come from within although can manifest as outward circumstances impacting upon you. When circumstances in the outside world come rushing in and create havoc, it’s possible that you may have been resisting inner promptings that life has grown too restrictive. Change will occur with Uranus and the trick is to roll with it. The more you resist, the more life is likely to push you in a different direction.

But still, excitement is in the air with Uranus conjunct Mercury. Maybe you’re captivated by a new course of study or interest that blows your mind. If you’re studying astrology, this is the perfect time to experiment with techniques and read as much as you can as Uranus rules this ancient art. Perhaps it’s technology, computing or science that calls you or you want to know more about humanitarian efforts or politics. Whatever it is, you may find that it helps to deliberately slow your pace of learning if you can. That said, skim reading can become an art under this transit as you rush to absorb a plethora of material.

Thinking becomes inventive, progressive, crystal clear. Your mind is awakening to new possibilities and new ways of thinking and you may find unconventional solutions to old problems. Ideas come thick and fast. Some will not hold water whilst others may be the stroke of genius you were looking for. Old patterns of thought are replaced by new as your synapses rewire. Whatever the manifestations of this transit, most likely is that by the time it’s over, your perspective will have significantly altered, liberating you from outworn modes of thinking.

Personal Experience
I’m coming up to this transit personally and Uranus has just stationed retrograde on my Mercury only one degree away so I’ve been feeling the influence. My Mercury in Aries means I tend to mentally SHOUT at myself and I’m feeling hemmed in by certain circumstances in my life that are ripe for change. As someone who suffers from anxiety, I have noticed an increase in anxious feelings so I am working strongly with this, increasing my daily meditation practice, drinking camomile tea, going to bed early, walking every morning etc. in order to channel some of this nervous energy and to have healthy practices in place before the transit perfects next year. When Uranus last squared my Mercury (from the 6th house), I was still in the throws of recovering from a nervous breakdown and did not have the techniques and knowledge necessary then to be able to gain perspective on what was happening to me. I know better now 🙂

My Mercury is at the apex of a perfect yod in my chart and as Uranus natally is part of the pattern along with Neptune, the transit of Uranus over my natal Mercury naturally ramps up some anxiety given the quincunxes involved. Because my mind is moving quickly, I have had plenty of moments where I walk from one room to the other, entirely forgetting why I went in there is the first place. Neptune is playing his part here too! I’ve also noticed an irritating patch of eczema on my hand, also exacerbated by stress and I’ve been experiencing tinnitus.

I have been diving deep into astrological studies and writing as natal Mercury sits in the 9th house of publishing. This will be the perfect time for me to get my ideas out there, especially as Uranus will perfect trines to Jupiter in the same year. Natally, Uranus is in my 2nd house and Mercury rules my 2nd house so making money through astrological work/writing is all starred so to speak.

Mercury also rules my 11th house and Uranus rules my 7th house. The end result of this transit may mean changes in my relationships with others and within my friendship circle as well as changing long term goals (11th house). As I’m single, the 7th house being in play could relate to more client work as the 7th can also symbolise business partnerships or client/counsellor relationships.

Uranus will march towards a conjunction with my natal Sun on the edge of Taurus a year after the Mercury conjunction, so my sense is that I’m being mentally prepared for significant changes in my life during 2018. I will come back to update once Uranus conjunct Mercury is complete and let you know anything else that occurred.