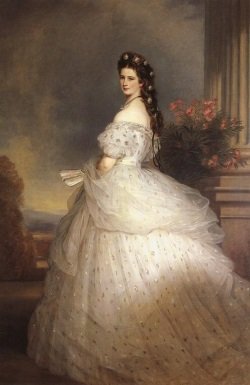 It’s like the cosmos is throwing everything it can at us just to keep us on our toes in September. The month begins with a Solar Eclipse in Virgo on the 1st September which squares Mars and Saturn and opposes Neptune making this into a tense t-square pattern. With the eclipse being an amped up New Moon in Virgo, this lunation will take some skill to negotiate. It feels like things are in flux, nothing is clear and maybe what is clear, we don’t necessarily want to see. Staying grounded and humble in the face of confusion whilst being able to acknowledge what needs fixing are pre-requisites of this lunation.

The solar eclipse takes place close to the North Node so whilst there’s tension, there’s also a sense that what is happening is helping us to evolve. The Sun perfects this conjunction on the 4th September on the Sabian symbol :- ‘A Powerful Statesman Overcomes A State Of Political Hysteria’. It’s possible with all the major movements this month that there is some kind of political hysteria arising that needs a firm and guiding hand. On a personal level, the symbol is about not allowing our emotions to run away with us. Whilst political speak can sometimes be incredibly annoying, there are times when re-framing difficult situations in our own lives brings back a sense of order. Focus on what helps.

A major shift in the cosmos occurs on the 9th September as Jupiter rolls into Libra and this transit may certainly benefit diplomatic processes of all kinds. Jupiter expands upon Libra’s gracious ways. Partnerships of all kinds can grow under this influence which may hopefully mean that we have some international agreements in place that will benefit all by the time this transit is over. In our own lives, our relationships now take on greater significance – whether it’s our spouse, partner, close friendships or business relationships, there is a strong urge to foster good connections. It’s about having faith that agreement is possible, sharing our knowledge and standing by our principles without compromising those of others. Under this transit, we believe in peace and harmony and joy comes from having good connections in our lives. Now that we’ve done some personal self-improvement whilst Jupiter was in Virgo, we can now develop our relationships on a more even footing.

The 9th September also sees the First Quarter Moon in Sagittarius square to the Virgo Sun. With Sagittarius being the sign that Jupiter rules and the Sun in the sign that Jupiter has just left, we may initially feel tension. Our inner faith is being measured against the reality of our circumstances and perhaps, with Jupiter’s input here, we know things could be a lot better than they are right now. With the Moon in enthusiastic Sagittarius however, there’s a push to get excited rather than picking at everything. The future is wide open and emotional freedom is key.

The middle of the month contains a raft of challenging aspects, not least the Saturn-Neptune square perfecting for the final time on the 10th September. Since November 2015, we have been challenged to let go of any false sense of security and build something real and tangible. I’ve noticed in my own life, certain dreams have died as reality came flooding in but at the same time, those things that had up to now remained fantasies, have started to become reality. For many of us, it hasn’t been easy as we watched the cosmos burst bubble after bubble until we surrendered and did the work. Now, at this last square between Saturn and Neptune, we can see the reality of what remains and use our imagination to build upon that.

From the 9th to the 16th September when Mars squares Chiron, we may be strongly aware of the pain of what has been lost. Our motivation could be flagging or energy levels low. It may be necessary to push forwards despite the pain, even because of it. Whilst we have to acknowledge what hurts, we can’t let ourselves be beaten. This is about being brave in the face of pain. Barbara Hand Clow says that Mars square Chiron can feel rather like going to the dentist * p.145 Chiron: Rainbow Bridge Between Inner and Outer Planets. Sometimes doing what hurts brings about healing. This transit of Mars square to Chiron is emphasised by the Lunar Eclipse in Pisces also on the 16th September conjunct Chiron. With the Earth’s shadow falling across the face of the emotional Moon, maybe it’s easier now to accept the battles we lost without falling into victim-hood. It’s about having the courage to heal.

After the Lunar Eclipse, the mood begins to lift. It’s fast becoming a month of two halves when Mars moves on to trine Uranus on the 17th September. Whilst still in orb of the square to Chiron, now there is a sudden sense of awakening, renewed inspiration, a gutsy drive to bring about change. There’s even a frisson of excitement as energy levels start to climb and a desire to initiate new projects.

The Sun enters Libra on the 22nd September, marking the autumn equinox in the Northern hemispheric. As the season turns, we experience equal hours of day and night prompting a need to establish balance in our own lives as well as within our relationships. In mundane astrology, the Libra ingress chart is used to predict world events for the next three months until the Sun moves into the next Cardinal sign, Capricorn. In fact, some astrologers use only the Aries and Libra ingress charts to analyse world affairs from a cosmological standpoint. With the Sun conjunct Jupiter, square Mars and widely opposing Chiron, it’s likely that there will be strong emphasis on finding positive solutions to healing conflicts, perhaps particularly those that stem from differing religious (Jupiter) beliefs. The challenge however will be to not fall into righteous patterns of laying down the law (which can be a shadow expression of Jupiter in Libra).

Mercury also stations direct on the 22nd September, releasing us from a detailed review whilst back-tracking through Virgo. Now it’s a case of piecing it all together in order to move forwards. The Last Quarter Moon in Cancer on the 23rd September may be challenging as it sets instinctual feelings against the intellectualising Libran Sun. With Venus moving into Scorpio later on the same day, intense feelings demand to be heard. If we can share these with gentle honesty, this can promote deeper relationships.

The Sun’s conjunction to Jupiter on the 26th September should give us a lift and perhaps, now that the month is coming to a close, we can start to see the benefits of our experience. Pluto also stations direct today too. For the past 5 months, it may have been more difficult to eliminate what wasn’t working in our lives. We may have felt backed up, unable to let go, even in toxic situations. We may have felt hemmed in by our own rules, powerless to change. Pluto’s station however is like a damn being released where we can dump the load and regain our true strength.

By the end of the month, there’s a growing sense of determination as Mars enters his sign of exaltation (Capricorn) on the 27th September. With our energy levels climbing, facing the mountain ahead may feel much more like a challenge than an obstacle. Under Mars in Capricorn, the advice is to practice self-discipline. The hot-headed impatience of Mars is mitigated in this sign. Create an action plan or a ‘next action’ list to motivate you. You can accomplish your goals through sheer will and effective strategies.