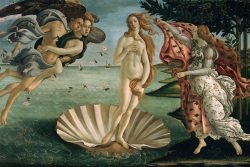 “Hello, hello, hello” Libra smoothly, shakes hands and moves from one person to another at the party, making small-talk and forging connections. This graceful sign is highly conscious of its social standing and appearances are everything. As an air sign, the connections we make here tend to be cerebral in nature, rarely dipping below the surface to the darker material beneath (that’s next door neighbour sign Scorpio’s job!). Libra prefers to keep it sweet.

In Libra we meet ‘the other’ – whether it’s a romantic partner, business client or open enemy. In the other, we see aspects of ourselves that have been disowned – oh I don’t like her, she’s so judgmental! I don’t like him, he’s so vulgar! Whilst we all have our (Venusian) likes and dislikes, strong reactions tend to say more about us than the other person.

Generally speaking, Libra is where we learn how to deal with other people through learning about ourselves. The more aware we are of our inner self, the easier our relationships function. In Libra, we learn to compromise, negotiate and look for win-win solutions. This sign strongly advocates equality, fairness and justice for all. At this lunation, it’s time to find your centre and check whether you are also being fair to yourself. The shadow side of Libra is that it can slip into over-compromising behaviour and at worst, co-dependency.

This New Moon is conjunct bountiful Jupiter so we’re back to the party atmosphere I mentioned above. Jupiter has only just landed in Libra and after all the self improvements made in Virgo, it’s now time to develop our relationships. With Jupiter here, we want to make a BIG impression – Jupiter magnifies what it touches – and maybe we want others to see that everything is just fine. “That’s NO problem at all” bellows Jupiter and certainly, he does help us to see the positives.

The difficulty is that this lunation is also square to Mars and Pluto. Jupiter and Pluto are gradually moving towards a square between them and whilst they aren’t in orb yet, the Moon is connecting the dots, giving us a taste of their potential. The New Moon’s squares to Mars and Pluto are quite contrary to Libra’s loveliness. We want to feel strong (Mars), feel in control (Pluto) but we have to compromise (Libra). It’s frustrating. Somewhere along the line, the scales have become unbalanced and no matter how much we try to work with the positives we have to address conflicts and imbalances of power.

But this can be done with style in Libra. It’s about figuring out where we haven’t been asserting ourselves and where we’ve given power away. The challenge with Jupiter’s involvement is that there may be an inclination to judge, and perhaps too harshly with the square to Mars and Pluto. Jupiter’s upcoming square to Pluto will challenge extreme beliefs, forcing us to widen our view to include many truths, not just one.

The Moon is also quincunx to Neptune and sextile to Saturn. There could be some socially awkward moments as reality pierces illusions. Neptune is like a glamour spell that suddenly fades leaving us revealed as we are – but that’s OK says Saturn. He’s is inviting us to be real with people and endeavour to see others for who they are too. That way, we can really tap into Jupiter’s potential and develop a good understanding of each other. Saturn is a stabilising wheel on a rather wobbly bike.

Ruler Venus is in a flowing trine to compassionate Neptune so the key is unconditional love. We don’t have to pretend to be anything other than who we are to be able to connect. Whilst Mars and Pluto may represent what we often think of as our ‘uglier’ side, acceptance of foibles and differences can go a long way to creating harmony and a real sense of spiritual bonding.

Both Venus and Neptune are connected to art and the New Moon is on the Sabian symbol :-

It reminds me of going to the Tate modern years ago with a friend. My friend loves modern art and these days there is certainly some that I appreciate too but back then, I just could NOT understand how he could stand and stare at a painting consisting of two black lines on a giant white canvas. It irritated me. ‘I could do that’ I grumbled and was further irked by my friend’s reply ‘Yes, but you didn’t – that’s the point’.
I wasn’t willing to look deeper into why I felt angry looking at this ‘stupid’ painting. I wasn’t willing to explore why my friend’s love of this piece made me feel small. I simply projected my negativity onto him and the work, vanquishing my shadow in a fervent inner cry of ‘it’s not art‘! Likewise, when I faun over an old master (give me Botticelli any day!), my friend is unmoved, although respectful. Whether with people or with art, beauty is in the eye of the beholder.

But we can train our eyes to see details we never saw before – like an artist sees the tiniest hint of cadmium yellow in her lover’s hair. Whilst Jupiter is all about the big picture, his recent excursion into Virgo means details are still on his mind. We can learn to see what we missed before. We can learn to look at each other with artist’s eyes, appreciating the full range of character and expression and find beauty in ways we never imagined.

Painting – ‘The Birth of Venus’ by Sandro Botticelli