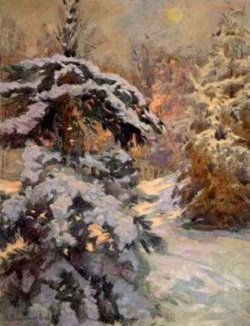 December begins on a quiet, even sorrowful note as the confusing Sun-Neptune square on the 1st December coincides with Chiron stationing direct in Pisces. Chiron’s journey through this sign is examining the pain of disconnection and loss and whilst The Wounded Healer has been retrograde, old hurts may have intensified and there was perhaps even a growing sense of helplessness. The station of Chiron however, pushes us to reclaim our sense of spiritual connection and accept our frailties and scars. Cleanse the grief from your soul and move forwards. Vesta, Goddess of focus and devotion stations retrograde in Leo also on the 1st December, symbolising that intense concentration on creativity can help us through challenging times.

A string of helpful aspects from warrior Mars to Jupiter, Saturn and Uranus gives us some energy and fight however. The trine to Jupiter on the 2nd December increases motivation and optimism to boost flagging spirits. Sometimes we have to act on faith and trust that we can reach our goals. Meanwhile, Mercury enters Capricorn also on the 2nd December where he likes to think seriously, say little and listen a lot. Decisions now are best made after deliberation and consideration of long term consequences.

On the 3rd December, Mars then moves in to sextile Capricorn ruler Saturn who can be a bit of an old fuddy duddy at times but Mars is currently in modern Aquarius so a desire to explore alternative paths is supported by Saturn’s diligence and natural caution. Mars and Saturn work well together in this combination and hard work can provide a real sense of accomplishment. The follow-up sextile between Mars and Uranus on the 7th December is thrilling and excitement grows as it’s clearer now that actions can make a difference. With Venus entering Aquarius on the 7th December too, there’s a taste for the new which inspires a need for space in relationships. Ceres stationing direct in Aries on the 10th December drops any need for hand-holding. Nurturing independence now gives the strength to go it alone.

The Full Moon in fleet-footed Gemini on the 14th December is hobbled by an opposition to Saturn and square to Chiron. It may be necessary to stay in one place to fully appreciate the options available. This message is accentuated by the upcoming retrograde of Gemini ruler Mercury, so decisions made or conclusions drawn at this time are apt to be reviewed shortly.

Mars becomes a spiritual warrior as he enters the sign Pisces on the 19th December. It’s perfect for Christmas spirit as Pisces is the sign of peace so acts of kindness are well received under this transit. The energies of feisty Mars however are somewhat dissipated in this sign so our inner soldier may need more rest – great if you’re having a quiet Christmas day with friends or family but more challenging if you have thirty to cook for and ten hyper-excited Santa surprised children to deal with! Mars at this point may be inclined to slump in the corner with a large glass of sherry and give up the (Christmas) ghost. This is probably more likely on Boxing Day (26th December) when Mars conjuncts the draining South Node.

And then of course Mercury stations retrograde also on the 19th December so make a mental note now to take the turkey out of the freezer on Christmas eve and check your travel plans. With Mercury in Capricorn, the retrograde period can bring out Capricorn’s tendency towards negativity and there may be particular frustration over how much time everything takes, especially with Mars in nebulous ‘it’ll happen when it happens’ Pisces. Patience is a virtue during the retrograde period.

The Sun enters Capricorn on 21st December signalling the winter solstice in the northern hemisphere. Light a candle to welcome the return of the Sun. After the longest night, the days begin to increase in light and warm.

Despite a somewhat mardy Mars in Pisces and Mercury’s heavy trek backwards through Capricorn, we do have some festive cheer with the first of a series of three trines between Saturn and Uranus occuring on Christmas day, 25th December. Saturn’s like a pair of stabilisers to Uranus’s wild, revolutionary energy in Aries which may help us to make structural changes without knocking down supporting walls. Here we have the best of both worlds, the wisdom of the old and the innovation of the new working harmoniously together.

Saturn’s stability is welcome as Jupiter forms the first of three oppositions to Uranus on the 26th December. Big (Jupiter) breakthroughs (Uranus) are possible but Jupiter can also magnify Uranus’s rebellious edge. Jupiter in Libra’s goal is to develop relationships and relating but Uranus in Aries has strong go-it-alone appeal. Independence is revolutionary yet somehow we have to work together. Still, with Jupiter involved, the changes suggested by this transit are likely to be for our benefit, however shocking or surprising they are.

Saturn’s square to Chiron on the 28th December followed by the New Moon in Capricorn on the 29th December may mean it’s a rocky new start for some. Sometimes it can hurt to let go of the old and sometimes it can hurt not to. The trouble with Saturn square Chiron is that grim reality Saturn is pointing out that some problems are chronic and cannot be fixed. Sometimes the more we focus on fixing a problem, the more problematic it becomes. There’s a tendency to see the problem as a limitation and limit life to accommodate for it. Instead of limiting ourselves, it’s about simply acknowledging our limits, managing our wounds effectively and looking at what we can do, rather than what we can’t. The direct station of Uranus also on the 29th December encourages us to experiment with new perspectives and shake off the ties that bind.

Wishing you peace and happiness during the holiday season.

Painting – ‘Snow In The Night’ by Nikolay Bogdanov-Belsky