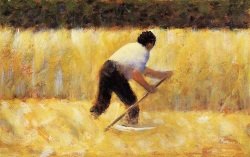 This Mercury retrograde is going to dig deep into the t-square between Jupiter, Pluto and Uranus and perhaps alert us to information that was previously unseen. Initially, the retrograde period will begin in Capricorn then Mercury will step back into Sagittarius to finish the job.

Capricorn is all about conservatism, stability, rules, age, time, structure and authority. In this staid sign, we like to work hard and keep our heads down, slowly climbing our way to the top of our profession and hopefully gaining credibility and respect along the way. With Mercury in this sign, we’re asked to think long and hard about what we’re building and whether what has already been constructed is fit for purpose. Maybe we’ve already reached the top of our game but found the view from the summit uninspiring. Maybe we’re still slogging uphill and unsure of our commitment to the climb ahead. Either way, Mercury”s revisit to Sagittarius at the tail end of this retrograde period suggests there’s something we need to understand before we move forwards again. Maybe somewhere along the road, we lost our sense of meaning and we have to backtrack to find it.

Deconstruction begins with Mercury stationing retrograde on the 19th December conjunct Pluto. Any planet stationing tends to feel ‘weighted’ so with Pluto in the mix this is an extra slice of intense. Thoughts are obsessive, profound, deep, stirred by secret (Pluto) information (Mercury) that emerges from the darkness. Asteroids Alice, Icarus and Isis are all close by adding a surreal ‘Alice in Wonderland’ edge and an initial desire to run away (Icarus). Isis however pushes us to find the missing pieces. The hunt for clues has only just begun. It’s time for us to detect the truth.

The Sabian symbol for the station retrograde is :-

School Grounds Filled With Boys And Girls In Gymnasium Suits

We already have the unsavoury story about sex abuse rife in football where young players were abused by coaches as headline news just a few days ago. The shadow side to Pluto is connected to the underground, taboo, sex, abuse and violence. Then another news story broke about sex abuse in the British police force as well. Jupiter has just perfected its first square to Pluto and moving towards an opposition to Uranus, creating a tense t-square pattern. Jupiter is connected to the law, Libra to justice. Jupiter expands upon what it touches so what we have here are stories of extreme abuse (Pluto) that are being unearthed in the establishment (Capricorn). It’s ugly, shocking and destabilising (Uranus).

Mercury’s station conjunct Pluto is focusing on what needs to be eliminated, what needs to change. It’s dishing the dirt and we have to be prepared to think about it, however nasty the content.

The Sabian symbol of the station retrograde, along with Mercury’s conjunction to Pluto indicates we need to find healthier ways of communicating with each other and to cleanse our minds of dark thoughts that keep us trapped in negative thinking. Pluto can also represent the horrors within, the shadow self and fears and these too may be unearthed in the quest to get our minds fit and well. We have to know what’s wrong, in order to put it right.

As we move into the retrograde, first Mercury prompts us to use our imagination and intuition with a sextile to Neptune on the 27th December. Mercury in Capricorn is a realist but it’s important to listen to the voice of the soul too. Mercury then meets the Sun for instruction from source on the 28th December. The Sabian symbol illuminated is :-

The Sun reminds Mercury that life can be beautiful. It is possible to achieve bliss, even within the confines of our society. We get a glimpse of what could make us happy.

Mercury then moves on to sextile Mars on the 28th December, bringing strength of mind and the courage to act on our ideas. From here we begin to see the direction we’re moving towards as Mercury trines the North Node on the 30th December. A sextile to Venus on the 3rd January reminds us of our most important values. We need to speak from the heart in order to be really heard. Mercury’s re-entry into Sagittarius on the 4th January encourages us to expand our mental horizons, gather study material and check in with our own personal philosophy. We must stretch the mind to encompass new information to deepen our understanding.

Mercury stations direct on the 8th January on the Sabian symbol :-

By the end of this retrograde period, we feel more in control, more able to handle our responsibilities (echoing the Capricorn element of this period), even those things we don’t like to do. Some chores are undoubtedly boring but at the same time give the landscape of our lives structure and meaning. There’s also a hint that we mustn’t let the grass grow under our feet, grow too lax or become too complacent.

Each of the Sabian symbols talks of having control over our baser instincts: the boys and girls getting fit at the gym (as opposed to the fat boy), the domesticated birds that live happily despite captivity, the boy mowing the lawn which stops it becoming wild and unkempt. Perhaps then this retrograde period also requires us to favour intellectual deduction over habitual response. What we want to do and what we need to do are sometimes two very different things but Mercury’s retrograde will help to both define and clarify good practices that will support us in the future.

Painting – ‘The Mower’ by George Seurat